Commercial Loans, Missiles, and the Longbow 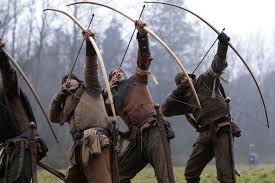 First, just a quick reminder that C-Loans.com is now giving away free commercial loan software.  Now on to today's subject:

I read a very disturbing article this morning in a military journal about the Iranian drone and missile attack this week on that Saudi oil distribution facility.  The author pointed out that our advanced missile and drone radar detection system completely missed the attack!  The Iranian drones and missiles flew right through our radar detection fields, and we did not pick them up. 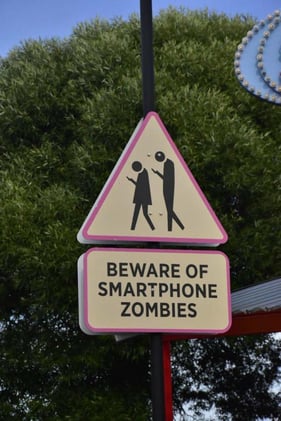 The Iranians have in their arsenal high-speed surface-to-ship missiles that can fly 40 miles per minute.  Our carrier fleet in the Persian Gulf is ... just 40 miles away.  Even if we could detect these incoming missiles, we would only have about one minute to react.

Folks, the U.S. Navy is in trouble.  Lockheed announced today that it is opening a hypersonic, long-range missile manufacturing facility in Alabama.  That's great and everything; but the Russians and the Chinese have been devoting a huge percentage of their military budgets to missile development for more than a decade.

Although it clearly has bugs (a Russian nuclear-powered test missile went off-course this month and blew up during recovery from the White Sea), the Russians are close to developing a hypersonic, nuclear-powered missile with an unlimited range.  This means that those of you close to military bases or chip manufacturing plants in Arkansas will soon not even be safe. 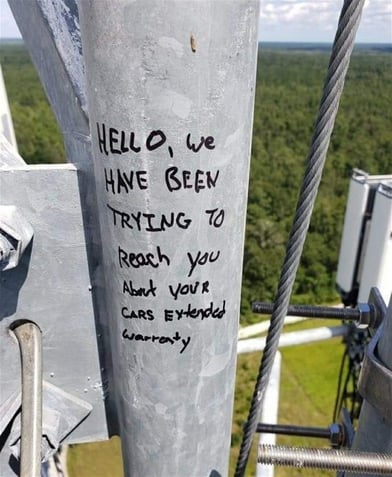 Folks, the U.S. is woefully far behind in missile warfare.  Remember, no nukes will be used in World War III.  If any country ever used nukes, it would be answered with nukes.  Depending on the size of the exchange, the resulting nuclear winter could easily exterminate virtually all advanced lifeforms on earth.  Experts have said that a nuclear exchange between just Pakistan and India would produce a nuclear winter so horrific that it would result in the starvation deaths of two billion people.

A sizable nuclear exchange between the US and Russia or between the US and China would be roughly similar to that asteroid strike in Mexico (known as the Cretaceous–Paleogene extinction event) which resulted in the sudden, mass extinction of some three-quarters of the plant and animal species on Earth, approximately 66 million years ago.  Sunlight was largely blocked out for decades.

The fact that World War III will be fought without nukes means that one side or the other could actually win the war. 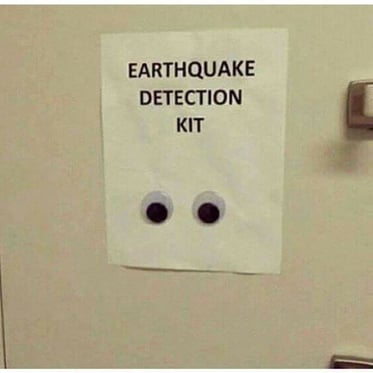 To me, this is incredibly terrifying.  Mutual Assured Destruction no longer seems to be a deterrent.  As Richie Cunningham (Opie) might have said on Happy Days, "You're never going to use your nukes, Bucko, so we're coming at you with conventional weapons."

This month the Russians and Chinese plan to conduct an enormous joint land warfare exercise involving more than one-hundred thousand soldiers.  The Winds of War are blowing, folks, and America is on the dinner menu.  (I know, I know, I just mixed metaphors. Haha!)

The emergence of missile warfare reminds me a lot of the emergence of the longbow in the Middle Ages.  Until the Battle of Crecy in 1346, outside of Paris, the mounted knight was the master of the battlefield.  These immensely-muscular and fit knights would practice for two hours per day, easily swinging heavy swords that most layman could barely lift.  When you gave them armor and an armored horse, these monsters were almost unstoppable.  They were the main battle tanks of their day. 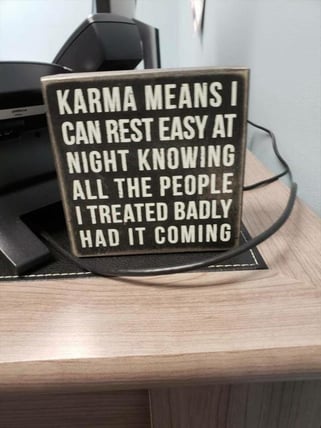 Get tons of commercial loans for less than the cost of two cups of coffee.

King Richard the Lionhearted, 6 feet 5 inches tall, was one such beast.  Ambushed and greatly outnumbered in 1162, at the Battle of Jerusalem, Richard rallied his disordered troops and personally led a counter-attack.  No one could stand in front of him.  King Richard was simply unstoppable.  The enemy was routed, and Jerusalem was recaptured.

In 1461, at the Battle of Towton (the bloodiest battle ever on British soil), King Edward IV - another armored giant - took a position at the head of an unstoppable wedge of knights to rout, and then to slaughter, the Lancastrian army, even though the Yorkists were outnumbered two-to-one.  The Lancastrian longbow men were out of arrows, and King Edward was personally unstoppable.  By the way, the book, Game of Thrones, was based on the War of the Roses in Britain.

The Battle of Crecy changed the age of the offense to the age of defense.  Until this battle, charging knights ruled the battlefield.  At Crecy, a tiny English army (14,000 men) took refuge on a hill.  The English created trenches and horse defenses, and stood behind them with their 5,000 longbow men.  After the longbow men routed the French crossbow men, on the order of 100,000 French mounted knights and men-at-arms repeatedly charged up the hill. 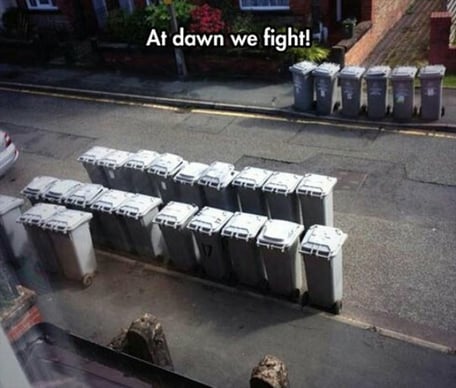 Using arrows with bodkin heads, which easily penetrated armor, the English archers slaughtered the charging knights.  So many knights were killed that it has been said that the French lost the cream of their nobility.  It ended the Age of Chivalry - the age of the knights.  The Battle of Crecy also marked the end of the advantage then enjoyed by the offense in warfare.

The development of cannon and Hitler's blitzkriegs marked the return of the advantage to the offense.  Cannon had a longer range than the longbow.  Castles could no longer stand before an artillery barrage.  Hitler's tanks and dive bombers crushed the French army.  With the rise of aircraft carriers and air power, that offensive advantage in warfare has remained... until now.

I greatly fear, however, that the military advantage is once again swinging in favor of the defense.  How can our carriers approach and destroy targets in China, or even in Iran, when their long range missiles can sink a carrier from hundreds of miles away.

If your kid simply must join the military, don't have him join the Navy or the Marines.  The U.S. Navy is in trouble. 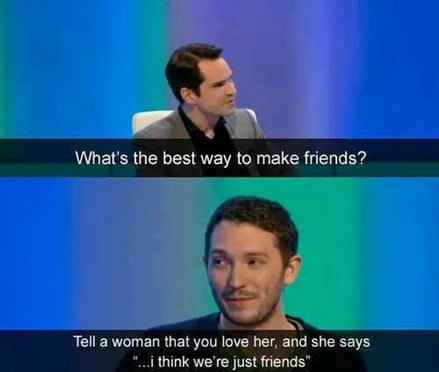 Once you enter a new commercial loan into the SIX-STEP C-Loans System (you actually checked off six banks and pressed "Submit"), simply send an email to Tom Blackburne at tommy@blackburne.com and say, "I submitted a commercial loan using C-Loans.com".  He will send you your two free training courses.  Helluva deal. 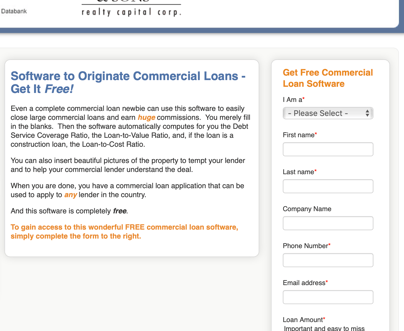 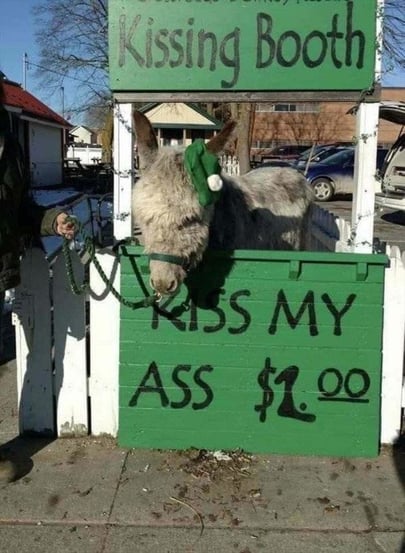 To actually enter a commercial loan into C-Loans, you first have to register and hit a button that says, Step 1 of 6.  Later you get to add pictures.  Guys, always try to add pictures to your commercial loan applications.  Pictures are not required to use C-Loans, but they triple your chances of closing the deal and getting paid.  Here's an easy way to get pictures.

Ever wished you could afford my nine-hour video training course, How to Broker Commercial Loans?  It is now online.  If you get me 20 commercial real estate loan officers working at a bank or credit union, I'll give you a copy for free.  (They each have to work at a different bank.)

You can use this course again and again to train new loan officers.  The most successful commercial mortgage broker in the country, Les Agisim of Trevor Cole Commercial, has used my course to train at least thirty of his loan officers.  By the way, Les has closed 55 commercial loans using C-Loans, thereby earning on the order of $1 million in commercial loan fees. 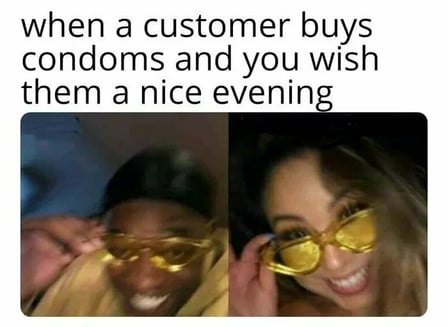 Here is how to get your free 9-hour commercial training course.   You will be soooo much more confident about commercial real estate finance ("CREF") once you know what the heck you are doing.

What if you only know one or two bankers making commercial real estate loans?  You can trade one banker for your choice of (1) a Commercial Mortgage Marketing Course (the PDF); (2) an Income Property Underwriting Manual; (3) a Mortgage Broker Fee Agreement, prepared by an attorney; and (4) a regional copy of The Blackburne List, a list of 750 commercial lenders in your area.

Lastly, for those of you who are really smart, C-Loans will pay you 20% of our net software licensing fee for convincing a bank or credit union to join C-Loans.com.  One smart mortgage broker, Arnold Taylor, has added 145 banks to C-Loans so far.  As his deals progress towards closing, he is going to make a fortune. 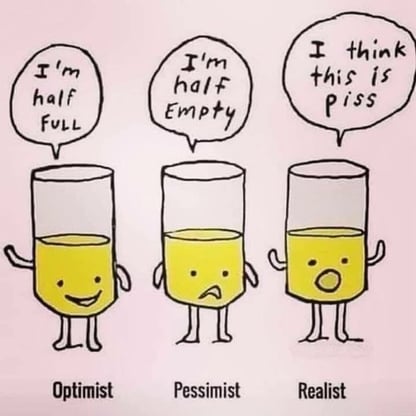 "There is no cost to join, and there is no monthly fee.  You simply pay them a 37.5 bps. software licensing fee when the deal closes.  Most banks just bump their normal loan fee up from 1 point to 1.375 points to cover the cost of receiving their online commercial loan applications.  On deals over $5 million, their fee drops to just 25 bps."

"This commercial loan portal has more than 750 participating banks, they have been up now for 20 years, and they have closed over 1,000 commercial real estate loans.  There is nothing to sign.  Just complete this form to tell them your Commercial Lending Preferences." 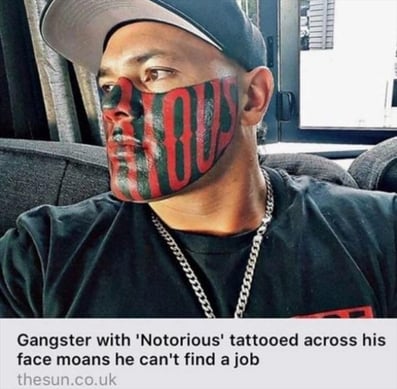 Heck, you can just cut and paste these last three paragraphs and send them to your loan officer.  Don't worry about closing the sale.  Just send us his contact information, including your loan officer's address and email address.  We'll then dangle delicious commercial loans in front of him until he joins.

It would be even better if you can gather from him the size and types of commercial real estate loans that he is seeking first, before even telling him about C-Loans.  This way, when we dangle candy in front of him, it will be the type of candy that he really craves.  The good news is that most banks across the country are ravenous for commercial loans right now because commercial loans are so high-yielding.

Here is more information about convincing banks to join C-Loans.com. 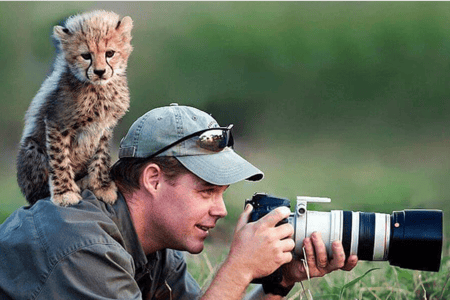