Our friends at George Smith Partners publish every week an excellent commercial real estate finance newsletter called FinFacts.  I try to send a copy to my staff every week to enhance their understanding of the language and terminology of commercial mortgage finance.

This weeks the folks at George Smith Partners used a number of big, fancy, finance-ese terms that my staff asked me to clarify. 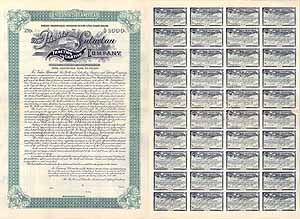 You've probably heard the term, "clipping coupons".  In the old days, corporations would issue bonds to investors with little coupons attached that could be cut off.  Every month little widows would go down to the bank and clip off one of the coupons and redeem it for one month's interest, with which the widow would buy her groceries and pay her rent.

Altogether there are seven or eight such carve-outs, and collectively they are known as the standard carve-outs.

A permanent loan is a first mortgage on a commercial property with some amortization, usually 25 years, and a term of at least five years.

A mini-perm is a commercial first mortgage loan with a term of just two or three years.  While mini-perms may have a 25-year amortization, many are written on an interest-only basis.

What's the difference between a mini-perm and a bridge loan?  Bridge loans are usually fast, expensive, short-term loans.  In contrast, mini-perms come from commercial banks, and the interest rate is usually deliciously low.