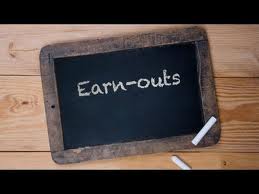 Obtaining a commercial real estate loan these days is VERY expensive.  There are lender points.  There are broker points.  There is an appraisal of the property by a General Certified Appraiser or an MAI appraiser.  There is the toxic report.  There is the survey and the title commitment.  Some commercial lenders want an engineering report, and some even require a maximum probable loss (earthquake) report.  There are also closing costs, like attorney's fees, escrow costs, and title insurance.  The last thing a commercial property owner wants to do is to pay these fees and costs all over again when he gets a new commercial loan.

Unfortunately a commercial mortgage borrower cannot always choose when to refinance his property.  He might have a balloon payment coming due at an unfortunate time when 40% of his rentable space is vacant.  A fix-and-flipper may run out of dough, when his renovation is only 80% complete.  The timing sucks.

An earnout is NOT an agreement to refinance an existing commercial loan into a larger loan, with all of the attendant costs, such as new loan fees on the ENTIRE amount of the new loan, new attorney's fees, and new closing costs.

Instead, an earnout is an agreement to increase the amount of an existing commercial loan, without the need to record a new commercial mortgage.

At Blackburne & Sons we handle earnouts by using holdback agreements.  A holdback agreement is an agreement to hold back a portion of the loan amount pending the completion of some event.  For example, if a borrower needs a new roof, we might hold back $75,000 from the proceeds of the loan until the contractor has completed the new roof.  When the new roof has been laid, we release the $75,000 to the roofing contractor.

The advantage of this approach is that we make the new loan based on the assumption that the new roof will be installed.  The disadvantage of this approach is that the borrower has to pay points and interest on the extra $75,000 - even though he doesn't have access to the money until the new roof is completed.  In addition, the borrower has to pay the points and the interest on the extra $75,000 - even if the roof never gets replaced.

Depositories - such as banks and mortgage funds - handle earnouts differently.  Let's suppose that Joe's strip center is unfortunately 40% vacant when his existing commercial first mortgage comes due.  To pay off his $1 million ballooning commercial loan, he obtains a $600,000 refinance from a different bank, along with an earnout provision for an additional $400,000 when Joe's strip center reaches 95% occupancy at the agreed rental rate.

In order to come up with entire $1 million to pay off his ballooning first mortgage, Joe borrows $600,000 from the bank and $400,000 from his parents.  Later, when the economy recovers, Joe successfully rents out all of the remaining space in his strip center.  He notifies the bank, and the bank increases their $600,000 balance to $1 million, charging Joe a one-point loan origination fee on just the additional $400,000 - NOT on the entire $1 million.  Joe then pays back his parents.

This latter method of handling earnouts is better for Joe because there was no guarantee that he would ever have been able to fully lease out his strip center.  Why pay points and interest on $1 million when the lender will only release $600,000?

Earnouts can save many commercial loans.  Don't forget about them!