Economics:  A Tidal Wave of Economic Poop May Be Coming From China

The Chinese people distrust banks for historical reasons.  They therefore keep much of their savings in real estate.  Usually they buy apartments (think of condo's) that neither they, nor any renters, will ever occupy - at least not for a decade or two. 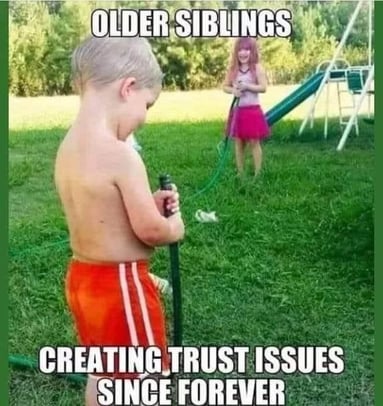 Surprisingly, there are no real estate taxes in China, so the cost of ownership is low, other than the mortgage.  Paying down on the mortgage, like the funding of an IRA, is how the Chinese people save.  Most of the savings of the Chinese middle class is in the form of these extra 50 million to 65 million vacant apartments.

New homes sales by Evergrande, China's second largest home builder, have fallen by a stunning 97%.  Sales of homes by other home builders have plummeted as well.  Who wants to buy a home today when the price will be significantly lower in two months... and perhaps 30% lower a year from now?

Since the Chinese keep their savings in these apartments, and since sales of apartments are plummeting, a great many of the Chinese middle class suddenly lack access to their emergency savings.   With no apartment buyers, they can't get at their dough. 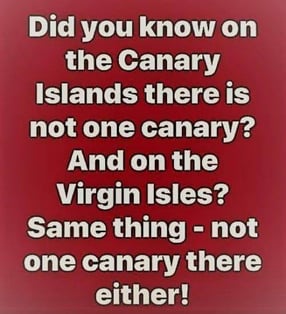 Suppose you're a middle-class Chinese worker.  Do you feel comfortable enough, with your savings tied up for the next four years, to buy a new car this year?  Or do you muddle through with your old one?

Or suppose you owned a small manufacturing company in China.  You build little parts that go into some other parts that eventually go into machines assembled by large companies.  Would you right now (1) open a second assembly line to expand your business; or (2) get more conservative with your spending until you have rebuilt your emergency savings in the form of cash?

Now imagine similar decisions being made all throughout China.  China's middle class consumers - who number more than the entire US population - must be cutting back significantly on their consumption. 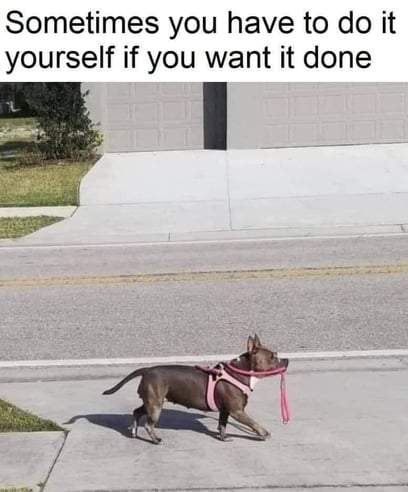 And remember, the Evergrande default is only three weeks old.

If China goes into a great recession (can there be any doubt?) - like we did in 1986, 2000, and 2008 - will this financial contagion remain in the peeing section of the Chinese swimming pool?

What Keeps Me Up At Night:

Living through a world war is not always the fate of some other guy.  Did you know that World War I was once called, The War to End All Wars?  As Dr. Phil might have asked, "How did that work out for you?" 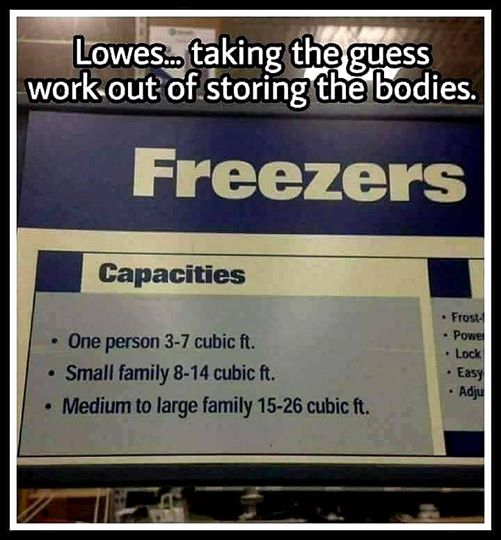 President XI this week will re-write the election laws that will help him cement his position as Dictator-For-Life of China at a big party meeting in the Fall of 2022.  Now I have to believe that there are some people in China, including many quiet ones in the Chinese Communist Party, who are very upset by this.  If President Xi is ever deposed, I doubt his enemies will allow him to quietly retire to a house in the country.  I'm thinking he would be taken on a long car ride, and he would never be seen again.

Absolute power corrupts absolutely.  There is significant evidence that President Xi is taking the Chinese economy in the wrong direction.  For example, he is waging a secret police war on the very billionaires who created the so-called "Chinese Economic Miracle."  As a result, many of these billionaires have retired in the past nine months.  Imagine the loss to the American economy if Elon Musk retired.  Xi has forced at least 20 of these super-capitalists to retire.

Okay, so suppose a garden-variety real estate bust drives China into a garden-variety great recession.  I say "garden-variety" because we have had three such crashes in my lifetime - the S&L Crisis, the Dot-Com Meltdown, and Great Recession.  We'll probably have another one when China's crash reaches us. 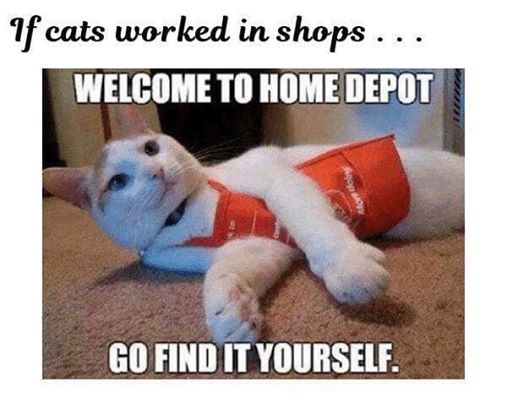 What should China do?  Chinese regulators should let their most reckless banks fail and bail out the rest, making sure that the economy still has plenty of credit to recover.

China should also just let real estate crash, until prices reach "rock bottom."  Japan failed to allow their real estate market to bottom out in 1989, and their economy suffered for two Lost Decades.  Real estate is NOT going to zero.  It will likely crash by 45%, just like ours did in 1986, 2000, and 2008.  China needs to let over-leveraged investors go bust, to teach the market a lesson.  Prudence.  Thrift.

This tendency to make the same boneheaded economic mistakes every ten to fourteen years is not a capitalist thing.  It's not a communist thing.  President Xi and the CCP arguably did nothing wrong. 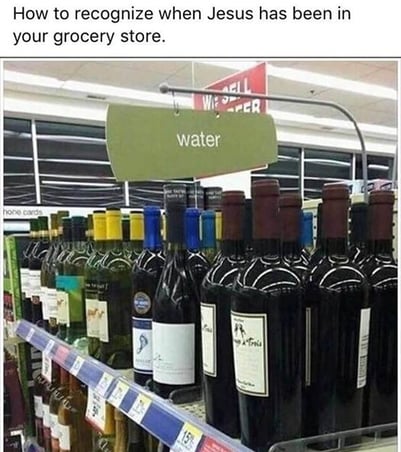 Jesus' first miracle was to change water into wine, remember?

This boom-bust cycle is just a strong tendency of human beings to forget thrift (the admirable trait of saving), to borrow too much money, and to speculate.  This strong tendency reminds me of that scene with the moth, attracted by the porch light, in the kid's cartoon movie, It's a Bugs Life.  "No, Harry, don't look at the light!"  "I can't help it.  It's so beautiful."  Zap.

But China won't let the crash just play out.  The Chinese Communist Party ("CCP") is afraid of its own people.  (These are not my words.)  The deal between the Chinese people and the CCP is that the people will endure the CCP's repression in exchange for the CCP improving their lives by 6% to 8% every year.

But clearly that "economic miracle" cannot continue straight up.  Just like a forest needs forest fires to clear out the undergrowth, so too does an economy need busts to clear out the old, weak companies.  The old, weak companies need to fail, so their workers and machines can be picked up by younger, more vibrant companies.  The famous economist,  Joseph Schumpeter in 1942 called this process, creative destruction.  It is also sometimes referred to as Schumpeter's Gale (a gale of destruction). 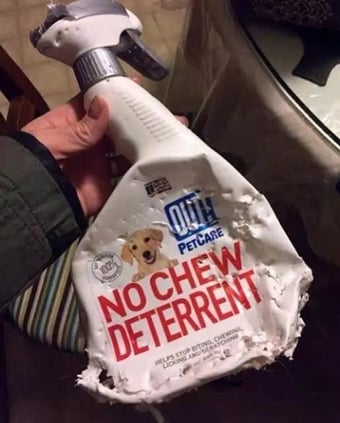 But it won't happen in China.  The Communists will paper over the crash.  For example, the Chinese government has essentially assumed the debts of Evergrande. It is the Chinese government that is really making the interest payments to Evergrande's bond holders.  The CCP will try to contain this garden-variety great recession through money printing, the bailing out of failing businesses, propaganda, and sleight of hand.

My fear is that when the Chinese people realize that the quality of their lives is going backwards, they will begin to protest.  To stop the protests and riots, Xi will move to unite the people against a common enemy - the United States.  He will order the invasion of Taiwan and start the next world war.   Starting a war to unite the people is an old trick, but it works.

Okay, what should you do?  I was about to say watch the price of gold and use it as a signal as to when to get out of stocks.  Then I looked up the price of gold.  Gold is up to over $1,860 per ounce.  Maybe gold's recent move is just in response to inflation. Maybe that's it.  By the way, when markets crash, everything goes up for sale at fire sale prices, including gold.  But maybe the smart money is starting to hedge.

My view that war is almost inevitable and fairly imminent is still the minority view, but if you listen to the admirals and generals on the news these days, it's a view that is gathering support.  For example, China is practicing missile fire at mock-ups of US carriers and warships in the desert this week.  A new congressional study was just released that concluded that China has the military capability to win right now.  I humbly predict that China will invade Taiwan in March of 2023, after Xi is confirmed as President For Life in the Fall of 2022 and when the tides in the South China Sea will permit an invasion.

But no matter what, China's economy is slowing dramatically.  This can't be good for the world's economy and your stock portfolio.