Commercial Loans, Higher Rents, and the Return of Commercial Investors 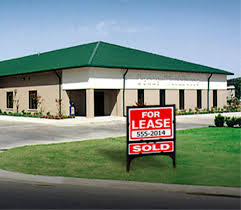 Nothin'.  The washout never happened.  Enormous opportunity funds, like Blackstone, had figured out that they could buy these foreclosures for all cash and rent them out for a 7% to 9% cash-on-cash return.  That was a huge return, considering that Treasuries were paying only 2%.

Stories began to circulate of hedge fund executives driving by hundreds of foreclosed homes in a single week ... and then making aggressive offers on them all.  Suddenly young couples could no longer find entry level houses to buy.  Home values stopped declining, stabilized, and then started to march back upwards.

A little old man shuffled slowly into the "Orange Dipper", an ice cream parlor in Naples, Florida, and pulled himself slowly, painfully, up onto a stool.  After catching his breath, he ordered a banana split.  The waitress asked kindly, "Crushed nuts?"  "No," he replied, "hemorrhoids."

When commercial real estate plunged by 45% during the Great Recession, most commercial lenders got crushed.  They took enormous losses.  As a result, for the past five years, the only types of commercial real estate loans sought by the banks were either SBA loans and USDA loans, which were mostly guaranteed by the government.  The key issue to grasp here is that most of the properties receiving commercial loans for the past five years were owner-user buildings.  This is about to change.

A daddy teased his little daughter by suggesting she liked a certain boy in her kindergarten class.  The little girl was quite indignant. "No, daddy, I don't like him!" she stated. "He's only interested in one thing."  Shocked, the daddy cautiously asked what that one thing might be.  "Power Rangers, of course," said the toddler.

Commercial real estate rents are about to start increasing.  The U.S. economy is building up tremendous strength due our plummeting reliance on imported oil, the thousands of new jobs being created in the oil fields, dirt cheap natural gas to power our power plants, our enormous cost advantage in heavy manufacturing (in heavy manufacturing energy is by far the largest line item expense), an improving housing market, the use of robots to replace cheap labor in Asia, and the growing trend of on-shoring, which allows a manufacturer greater quality control and flexibility.

Folks, I was right about the Great Recession, and I am right about this.  Our economy is already the King Kong of the world, and we will continue to pull even further ahead.  The next few decades will be the Golden Age for the United States.  Here in the Midwest, where I personally live, the wealthiest men in town are all in manufacturing.  At my country club, every manufacturer is telling me the same thing - business is booming!

With commercial real estate falling by 45%, there has been very little new commercial real estate construction for six years.  In the meantime, a certain number of older buildings have become economically obsolete and have been either demolished or abandoned.  Now overlay an expanding economy, and you can see how competition to rent existing commercial buildings will almost certainly lead to higher commercial rents this year.

Do you know what you haven't seen for six years?  Investors buying commercial buildings for income.  This is the point of today's article.  This year will mark the return of income property investors and the commercial-investment loan.  Wealthy investors will be snatching up good rental properties, like multi-tenant office buildings, strip centers, and industrial buildings.

"Gee, George, how can you be so sure?"  With rents increasing, investors will be able to buy good rental buildings at attractive 6% to 7% cap rates, with the excellent prospect of earning 8% to 10% as the economy heats up and the demand for commercial space increases.

What does this mean for you?  More and more of the commercial loans that you'll be seeking this year will be for commercial-investment properties, as opposed to owner-user properties.  The bank may not give you a 75% LTV loan, even if your proposed commercial loan cash flows beautifully.  Banks are still nervous.

If you ever find yourself frustrated because the bank won't make you a large enough commercial loan, please remember our preferred equtiy.  We'll add our equity to your downpayment to create a downpayment large enough to satify the bank.

About 40 commercial mortgage bankers and investors have now swapped one of their bankers for our free directory of 2,000 commercial real estate lenders.