Commercial Loans and the Race to the Courthouse 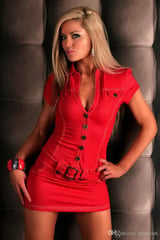 Carol Conman was a beauty.  When she would sashay into a room, in her tight skirt and her push-up bra, every man in the room would ache with desire.  Carol was also a crook.  Now she didn't rob and steal.  She was a white-collar criminal, and sadly state authorities rarely have the resources or the will to pursue white collar criminals.  (The gorgeous model in this picture is not Carol, but you guys get the picture.)

Here is how her confidence game would go down:  She would buy a home for all cash.  Then, using fake ID and a dummy financial statement, she would apply to two different private money lenders for a refinance.

Now both mortgage companies would pull a preliminary title report (known East of the Mississippi as a title commitment), and these title reports correctly showed that the property was free and clear of any mortgages and judgment liens.  Thrilled to provide financing to such a hot woman with enough money to buy real estate with all cash, both mortgage companies gladly approves her refinance.

Funny note:  I started out after college working for a personal finance company called Dial Finance. My manager once sent me into the field to collect an ill-conceived personal loan from this beautiful bombshell.  This babe had come into my boss' office, batted her beautiful eyes, and he had melted. Such bad loans were called leg loans, and they were always complete write-off's.  Looking back, I think this honey was offering me "kisses" that night at her home to go away and stop my collection actions, but I had my girlfriend at the time in my car outside.  Probably - no, absolutely certainly - it was best that I had to play dumb to the offer.  And yeah, my boss had to reimburse Dial Finance for this leg loan.

Anyway, back to Carol Conman...

Using charm and by batting her fake eyelashes, Carol convinces both mortgage companies to schedule their sign-off on the same day.  This is the key step!  In the morning, she signs off with Patsy Capital.  In the afternoon, she signs off with Droolingboy Mortgage.  She paid $200,000 for the house.  Two different mortgage companies just gave her a $150,000 loan.  Carol Conman then walks away with her $300,000, moves to a different state, and disappears.  Patsy Capital and Droolingboy Mortgage are left to fight it out.

Okay, so what happens?  Even though Carol signed off with Patsy Capital first, let's suppose the title company runner met his girlfriend for lunch on his way to the County Recorder's office.  By the time the runner was done cuddling with his girlfriend, it was 4:00 p.m.  In the meantime, Droolingboy Mortgage had blotted up its drool (boys are sooo stupid) and recorded its mortgage at 3:17 pm.  So who has priority? 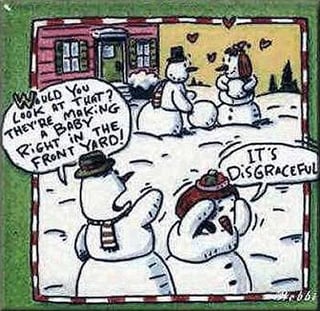 The answer depends on the state. Different states have different priority rules.  There are three kinds of jurisdictions:

Under a race statute, whoever records first wins. Thus, if Oscar purports to sell a piece of land to Al for $100,000, and the next day purports to sell exactly the same piece of land to Bob for another $100,000, then whichever of the two buyers is the first to reach the recording office and have the sale recorded will be deemed the owner of the property. Thus, if Bob is the first to record the conveyance, he will be the owner - even if he knew about the prior conveyance to Al. Race statutes are extremely rare because it is generally viewed as unfair to protect a party who had actual notice of a prior conveyance. Currently, Delaware, North Carolina, and Louisiana are the only jurisdictions where a race statute is in effect.

Under a notice statute, a subsequent purchaser for value wins if, at the time of conveyance, that subsequent purchaser had no actual or constructive notice of the prior conveyance. In short, a subsequent bona fide purchaser wins. Thus, if Oscar purports to sell a piece of land to Al for $100,000, and the next day purports to sell exactly the same piece of land to Bob for another $100,000, then Bob will own the land so long as he was not aware of the prior sale to Al. However, note that if Al records his interest before Bob's purchase, this recordation will be deemed to give Bob constructive notice. If Bob purchases the land without notice, and Al then records his prior purchase before Bob records his own purchase, then Bob will still prevail in ownership of the land. 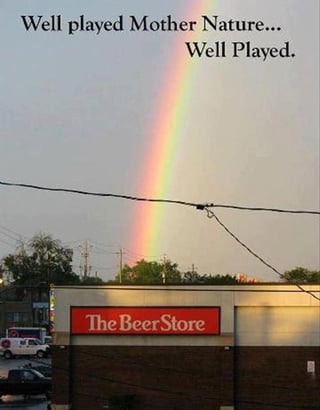 Okay, so who has priority, Patsy Capital or Droolingboy Mortgage?  Well, both mortgage companies are bona fide purchasers for value.  In other words, neither company was in on the con, neither was aware of the other, and they both gave cold, hard cash for their mortgages.

"Yeah, George, I'm sure what you have just told me is right; but all Patsy Capital has to do is to submit its claim to the title insurance company."

Title insurance companies do not issue casualty insurance policies (policies that pay upon the happening of the car crash or the tree falling on the house).  Instead, title insurance companies issue indemnity policies.  Such policies only pay when an opposing party wipes out the policyholder's position, which could be a dozen years later, as long as Carol Conman is making her monthly payments.  (Carol just met and married Sammy Software, a wealthy dot-com owner.  Neither Sammy nor Carol want Carol to go to prison.)  In the meantime, the title insurance company could go bankrupt.  Yikes!

I have been in real estate finance for more than 40 years now.  I have never known a title company to pay without being sued by the claimant first.

Do you have a commercial real estate or mortgage website?  If so, you would be nuts not to add a link to C-Loans.com.  As long as you point your "Commercial Loans" or "Finance This Property" link to our home page (C-Loans.com), our computer program grabs your URL and prints it at the bottom of our loan application.  When the deal closes, we pay you a referral fee of 12.5 basis points (one-third of 25 basis points on loan larger than $5 million) when the deal closes.  We once paid Alan Dunn of Spydercube.com a referral fee of $21,250.  Can you imagine getting that call, "Hey, Alan, I have some good news for you..."

Did you learn something today?  Get two to three free training lessons in commercial real estate finance every week by subscribing to our blog.  Guys, here is what is happening.  I have two wonderful sons, and my heart is failing.  I am rushing to teach my two sons everything I have learned in my 36 years in commercial real estate finance before I stroke out (the traditional way for Blackburne's to croak).  By subscribing to my blog, you get to watch for free this training that I am rushing to teach my boys.

Do you have a friend or co-worker who would benefit from free training in commercial real estate finance?

Every time I talked to a high-net-worth commercial mortgage borrower, I saved my notes of the conversation.  "My goodness, George, you're quoting 2 points!  My own bank will give me the same loan at 1 point."  But three years later, that very same borrower got a word-processed letter from me, "Dear Dr. Smith, back in June of of 1982 I had the pleasure of working on a $450,000 refinance of your 16-unit apartment building in San Jose.  Today I want to talk with you about 10% first mortgage investments."  I raised 100% of my first hundred trust deed investments from former borrowers.  Former borrowers?  Hey, an investor is an investor!

Now I service a $50 million portfolio of hard money loans at an average loan servicing fee of 2% per year.  Do the math.

There is no easier way to meet high-net-worth real estate investors than to be a commercial mortgage broker."