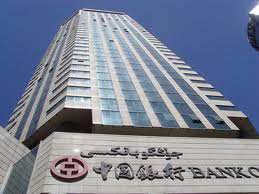 some other far-off locale.  To the best of my knowledge, none of them ever get funded by American lenders.

The problem is one of taxation.  If a Chinese bank based in Hong Kong were to make a big loan here in the states, the US government would levy a foreign lender tax of 30% of it's interest income!   Most countries do the same to foreign banks trying to lend in their own country.  (The way this problem is solved is that the Chinese bank starts a subsidiary bank here in the US and the subsidiary makes loans in the US.)

So if you are seeking a loan in Mexico, go to a Mexican bank.  Go local.  It's generally the right way to go.

But now I have a confession to make.  I actually do know of an international loan that closed.  A hard money lender on C-Loans.com at the time made a $3 million loan on a $20 million free-and-clear golf course and residential subdivision in Mexico.  The loan was guaranteed by three pro atheletes, with a combined net worth in the range of $100 million.  The hard money lender charged 15% and 15 points for an 18 month interest-only loan.  I know the deal closed because C-Loans.com actually got paid on it.

So how did this hard money lender get around the taxation issue?  Shhhh.  They didn't tell anybody they were making the loan.

But as you can see, getting a U.S. lender to make a commercial real estate loan offshore is phenomenally expensive and has about the same chance of closing as the lovely Jackyln Smith (the original Charlie's Angel) has of falling in love with rump-ugly 'ole George Blackburne III.  It ain't likely to happen, folks.