Preferred Equity Is the Future of Commercial Mortgage Finance 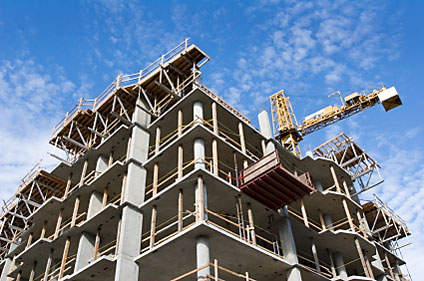 First of all, why do we even care about preferred equity?  Preferred equity is just a subject for the Big Boys working for the investment banks in New York, right?  Well, that's been true up until now, but I predict that this form of commercial financing will become far more common in the next few years.

First of all, most commercial mortgage lenders today forbid the placement of second mortgage loans behind their first mortgages.  An owner with a ton of equity in his commercial property would now have to refinance the entire project in order to tap that equity.

But there're a problem with refinancing many commercial properties.  Many commercial first mortgage loans have enormous defeasance prepayment penalties.  Some commercial loans even have a lock-out clause that simply prohibits a prepayment.

A lock-out clause is an absolute prohibition against an early prepayment.  Let's suppose you have a $7 million commercial loan from a conduit, and you win a $50 million lottery.  You trot down to your mortgage company and hand them $7 million in cash to pay off your loan.  Three days later you're likely to receive a certified letter, along with a cashiers check for $7 million, saying, "Sorry, sir, but prepayments are prohibited."

Typically commercial real estate loans from life insurance companies and conduits have a lock-out clause for the first half of the term (the first five years of a ten-year loan), followed by an enormous, gargantuan defeasance prepayment penalty.

Okay, let's get back on track.  I said that preferred equity financing is likely to become more common in the future because most commercial first mortgages now prohibit commercial second mortgages.  The owner often cannot simply refinance his property because of lock-out clauses and defeasance prepayment penalties.

I also predict that commercial real estate is poised to appreciate substantially.  The economy is stronger than the unemployment rate suggests.  Many of the unemployed are too poorly educated to be hired by today's computerized businesses.  Others are too old and frustrated to even try.  The balance of our workforce, however, is rockin'.  The average American worker - because of automation and computers - is four times more productive than the average Chinese worker.

Commercial real estate values all come back to supply and demand.  Older commercial buildings have been abandoned and/or bulldozed.  Very few new commercial buildings are being constructed.  In the meantime the U.S. economy continues to grow.  The vacancy rate for office space in the San Francisco Bay Area is the lowest in the country.  Office rents in San Francisco have increased more than 60% since the trough in 2010.

A new commercial loan may be impossible or economically infeasible; but a preferred equity investment from a liquid financial partner may be just the trick.