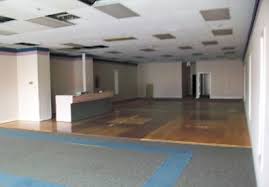 I have been in the commercial loan business for over 34 years now, but I still learn more about commercial real estate finance ("CREF") almost every day.  This week I learned a new commercial loan term:

Suppose you have a property that is 50% occupied due to mismanagement from the previous owner.  The business plan is to increase the NOI significantly after adding upgrades and capital improvements.

When a bank makes a ground-up commercial construction loan, it gets to see a detailed set of Plans and Specifications and a Construction Contract with the general contractor.

Unfortunately, for most small balance commercial renovation loans, there is no detailed set of plans and specifications.  To make matters murkier, the owner wants to act as his own general contractor because he intends to do much of the work himself.

How can a small balance commercial construction lender like Blackburne & Sons make sure that its money is being properly spent on improving the property and that the owner-borrower is not over-spending the budget fixing unforeseen deficiencies that were discovered after the sheetrock came down?

For example, what exact work is to be performed in apartment number twenty-six?  What are the costs and the specifications of the materials to be used to renovate apartment number twenty-six?  Is there enough money remaining in the construction budget to renovate each apartment?
How on EARTH can I document the fact the owner-borrower-renovator has gone over budget?  How can I document that the renovator has used substandard materials or failed to complete all of the planned renovations in apartment twenty-six?  Remember, there is almost never a set of plans.

Now if this were a $10 million commercial construction loan, we could demand that the owner-borrower-renovator hire either an architect or an engineer to prepare a detailed set of plans.  But what if my commercial loan is only $600,000?  Economically such a requirement is infeasible.

Gosh darn it!  My commercial loan borrower needs $2.1 million, but the bank will only lend him $1.7 million.  Why did they cut the loan?  The property could easily carry $2.1 million.  Where on earth can I find someone to cover our $400,000 capital shortfall?

My client's commercial loan application is way too clean for Blackburne & Sons.  I need a commercial lender with a really low interest rate if I am going to sell this A-paper borrower.