The Danger of Mass Migrations - Visigoths and the Central Americans 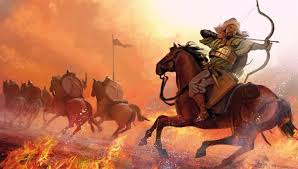 The Huns were not the same race of people as the Mongols.  Genghis Khan led his hordes into China, across Russia, and into Europe in the 13th Century (1210-1260).  The Huns were from a much earlier time.  The Huns were a nomadic people who lived in Central Asia, the Caucasus, and Eastern Europe, between the 4th and 6th century AD.

The Huns and the Mongols, however, were the same type of people. They were steppe people.  Steppe people spent their lives on horseback, moving their vast flocks and herds across the steppes (vast grasslands) of Eastern Europe, Russia, and Mongolia, according to the season.

Now the tribes of the steppe fought on horseback using recurved, composite bows, each of which took more than a year to build and cure.  These powerful bows could punch an arrow right through the shield and armor of an opposing warrior and continue out his back.  Young Hun warriors would train from childhood to put an arrow through a coffee can-sized target from the back of a galloping horse.  These bows and this training made the armies of the steppe virtually unstoppable.

Have you ever heard of the expression, “Richer than Crassus?”  Crassus was the richest man in Rome, and he was a frustrated Roman general.  It was Crassus who put down the famous slave rebellion lead by Spartacus; but his glory was stolen by a competing general, Pompey, who put down a smallish army of slaves and raced to Rome first to claim the big victory over the slaves.

At the same time, Julius Caesar was conquering province after province in Gaul (France).  His legions captured hundreds of thousands of slaves, who were later sold in Rome, making Caesar incredibly wealthy as well.  Pompey got his triumph (a lavish parade through the center of Rome); and Caesar, who paid for lavish gladiatorial games, was the darling of the people.  Crassus was pea green with envy.

My favorite cartoon of all time shows two vultures sitting in a tree. One turns to the other and says, “Patience, my (rear end).  I’m gonna go out and kill something.”  A frustrated Crassus therefore assembled and trained, at his own cost, an army of 46,000 Roman legionnaires - the best foot soldiers in the world – and marched out into the desert to conquer the Parthians. 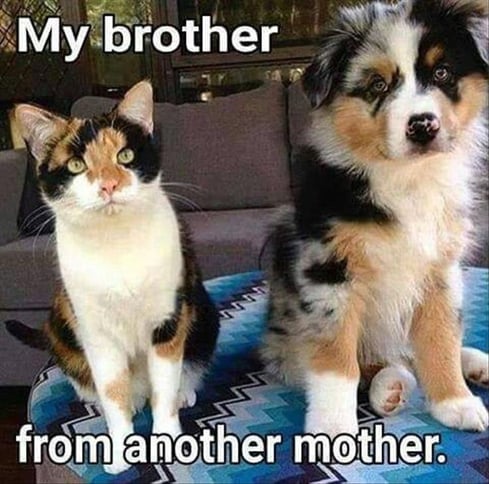 Uh, oh.  The Parthians, a desert people who bordered the steppe, fought in an identical manner as the steppe people - from horseback with recurved, composite bows.  The proud army of Crassus – 46,000 of the best Roman foot soldiers on earth – met up with just 11,000 Parthian horse archers at Carrhae, a small town in what is now southeastern Turkey. The Parthian archers drowned the Romans in arrows.  The Parthians brought with them vast trains of camels carrying spare arrows, and the arrows would pin the arms of the Roman soldiers, after piercing their shields, to their body.

The slaughter was complete.  After losing his first-born son [George IV – sob], the elder Crassus was captured and killed by pouring liquid gold down this throat.  (I’ve found that gargling with salt water works better on a sore throat.) 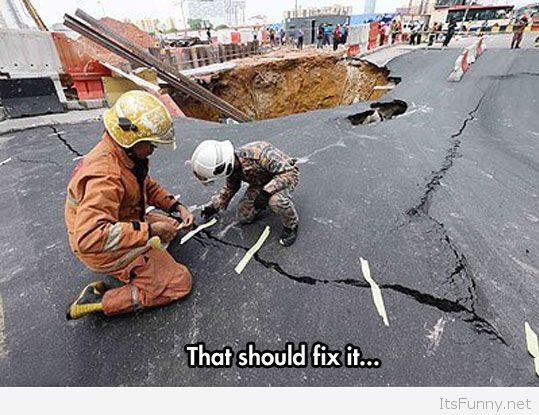 In the latter part of the 4th Century, the Huns came roaring out of Hungary, sacking and burning everything in their path. They marched south through the lands of the barbarians, north of the Danube River.  The Danube River, which runs East and West, marked the northern boundary of the Roman Empire, just as the Rio Grande River marks the southern boundary of the United States. 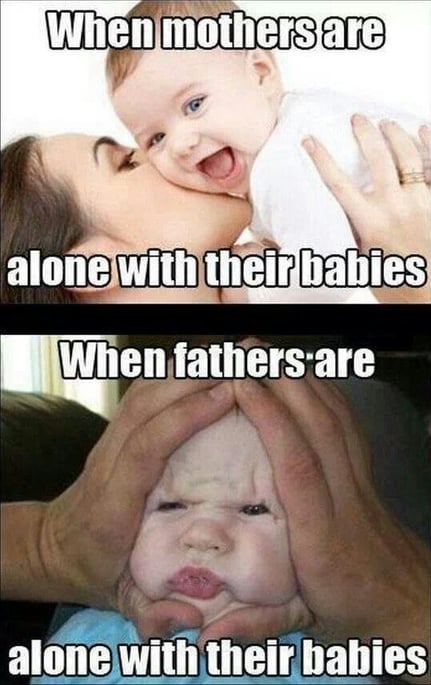 Directly in the path of the Huns were the Visigoths.  The Visigoths were of Germanic stock, part of a race of people called the Goths.  The Visigoths had fled from southern Denmark in the Great Migration to settle in southern Romania, just north of the Danube River.  The Visigoths tried to bravely stand in their shield walls facing the Huns, but they were repeatedly cut down by the Hunnish archers.  (Can you imagine kissing your sons goodbye as they marched off to die under a cloud of Hunnish arrows?)  City and after city fell.  The men were typically all killed, and the younger women were enslaved.  The Huns were unstoppable.

The Visigoths were in a real pickle. They were stuck between the raging Huns coming down on them from the north and the Roman Empire and the Danube River to the south.  To the south of the Danube River was the Roman province of Thrace, which is now the country of Bulgaria. 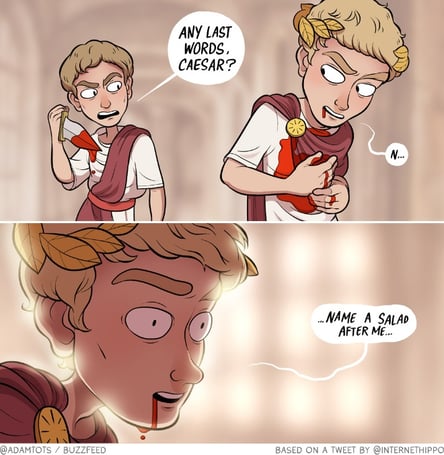 The Visigoths had little choice, so on a misty morning in the year 376 AD, the Roman commander guarding the norther border of the Empire woke up to find tens of thousands of Visigoths streaming across the Danube River and establishing a beachhead on Empire territory.  Assembling his legion, the Roman commander marched out to repel the invasion.

But it wasn’t an invasion.  It was a migration.  The Visigoths were landing more women and children than warriors.  The Roman commander, almost certainly a Christian, was forced with the decision to either send these people back to their certain death (or rape and enslavement) or to allow them to settle in the vast, lowly-populated areas of Thrace.  He just couldn't send these people to their deaths.  He had compassion. 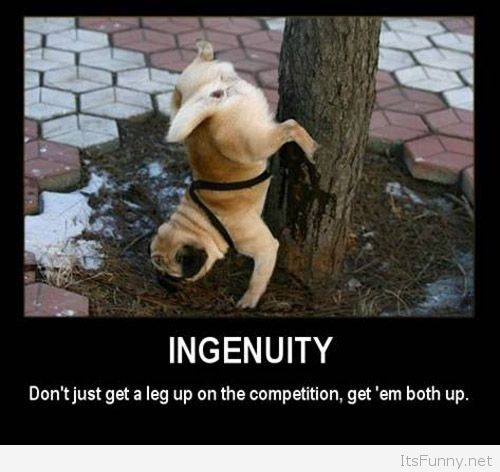 This leads to the second message of this letter:  Sometimes, through no fault of their own, people become desperate refugees.  They deserve our compassion.

This tale would have made make a great Hallmark movie, except for one thing.  War broke out between the Visigoths and Romans just two years later, and the Romans were defeated in one of their worst and final defeats in their history at the Battle of Adrianople.  The Roman Emperor Valens was even killed.  In 406 AD the Visigoths sacked Rome. 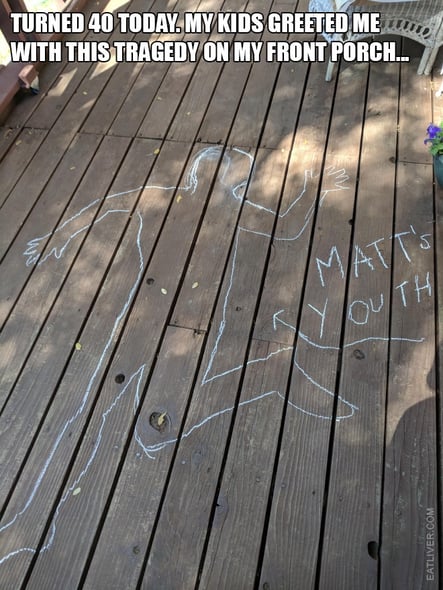 This leads to my final message of this letter:  As prosperous Americans, we should be compassionate about immigration; but a migration is different than immigration.  As sea levels rise in the coming decades, hundreds of millions of people worldwide will be on the move.  Bangladesh, for example, with its population of 150 million people, will be underwater by the end of the century.  Yikes. 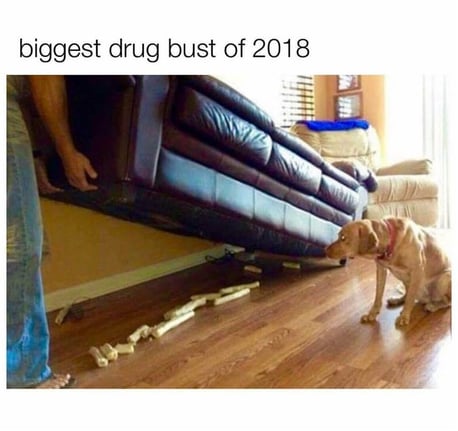