History:  Why Caesar Crossed the Rubicon and Why You Should Care 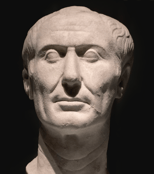 The date was around 50 years before the birth of Christ.  The Roman Republic had wonderfully prospered under a truly republican form of government for almost 400 years.  At the time, there were no kings, no emperors, no dictators, or no Caesars in Rome.  The Senate alone ruled the city-state.

In 49 B.C., Julius Caesar was then the governor of Gaul.  Gaul consisted about a dozen smaller kingdoms, which combined would eventually become France.  Caesar had conquered each kingdom and province in turn.  As he moved from province to province, he sold the captured people of Gaul into slavery.  Caesar made an immense amount of money in the process. 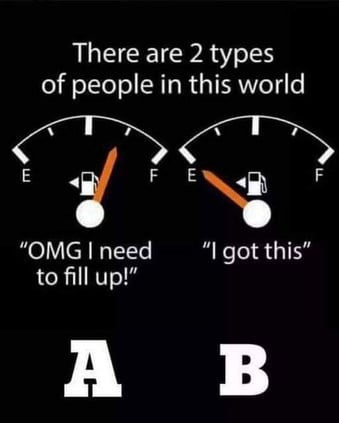 In terms of relative wealth, Caesar was the Bill Gates of his era.  He was not the single richest man in Rome, but he was definitely one of the top three or four.

Caesar had also raised and paid for EIGHT of his own legions, and he did so without the Senate's permission.  "Aye, there's the rub."  (Hamlet, Act 3, Scene 1.)  Eight legions were a lot in those days.  The Senate had only given its quasi-permission to raise one legion.  The Senate controlled only 12 or 13 legions, and they were scattered all over the Roman Empire.  The Senators of Rome were genuinely scared.

Two more bits of background before Caesar crosses the Rubicon.  First of all, the Roman judicial system was totally and completely corrupt.  The judges all took bribes, and sometimes they even had the parties bid against each to see who would pay the largest bribe.  Justice in Rome could not be found in the courts.  The ruling of the Judge was already decided before most trials even started. 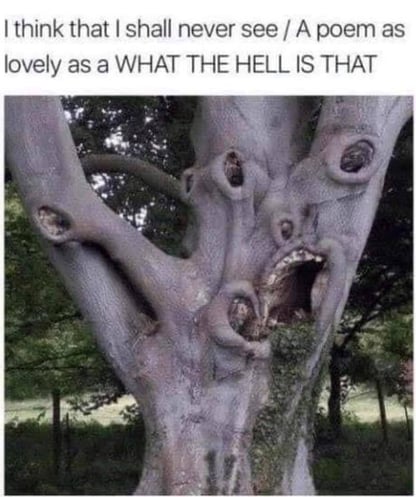 Now the last bit of background.  Rome had already suffered several bloody civil wars, so the Senate had passed an inviolate law.  Any Roman general who brought a legion across the Rubicon River in northeastern Italy was immediately declared an outlaw and an enemy of the state.  It became the duty of every Roman citizen to kill him.

Okay, so Caesar is in Gaul, putting down the occasional uprising, collecting even more slaves, and getting even richer in the process.  But Caesar had enemies in Rome.  Many rich and powerful political families had their own gang of thugs, including Caesar.  These gangs would all use clubs to crush the skulls of any political enemies caught walking the streets of Rome.  Swords were strictly forbidden.  To carry a sword in the city limits was an automatic death sentence.

As the body count grew, lawsuits were filed against Caesar.  The suits weren't just about money.  Many of these lawsuits were quasi-criminal in nature, and if Caesar was ever brought to trial, he could expect to be murdered in jail on his very first night. 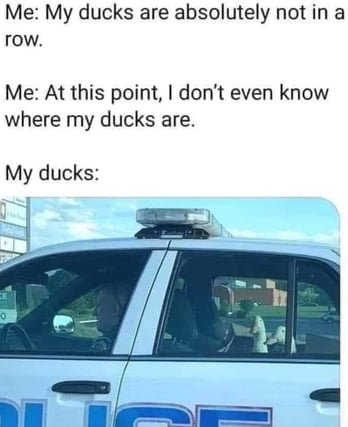 The good news was that Caesar was immune from civil litigation as long as he was the Governor of Gaul.  The bad news was that Caesar's (five year?) term as Governor was about to expire.  The Roman Senate ordered him back to Rome to stand trial. Remember, the trials were all fixed, and the order from the Senate was effectively a death sentence.

So what does a general with EIGHT legions do?  Caesar marched his most loyal legion across the Rubicon (really just a large stream) and headed for Rome.  Oops.  The Senate looked around and realized that the forces they had to face the most brilliant general since Alexander the Great were pathetic.

The Senate and the Roman Army therefore fled Rome to Greece, and the Roman Civil War ensued.  The Senate eventually raised seven legions in Greece to Caesar's four, but in the big showdown - a fierce battle in Greece that pitted Roman versus Roman - Caesar pulled off a brilliant battlefield move.  Together with the fact that his troops absolutely adored him and the fact that his troops were all seasoned veterans, Caesar's forces routed the young, inexperienced troops of the Senate. 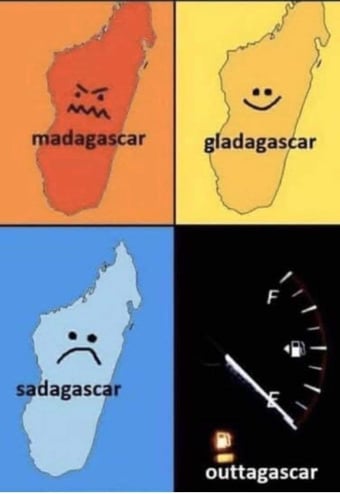 The Roman Republic was dead.  Never again in history was the Roman Senate anything more than just a figurehead.  The real power always rested thereafter in whoever was Caesar.

Let me put this differently.  The Roman Senate brought a bull-pucky legal suit against Caesar, and they lost the Republic.

Have you figured out yet why I am writing about Caesar and the Rubicon today?  The undeniably blue State of New York brought criminal charges this week against the Trump Organization, citing a scheme to defraud, conspiracy, grand larceny and falsifying business records. 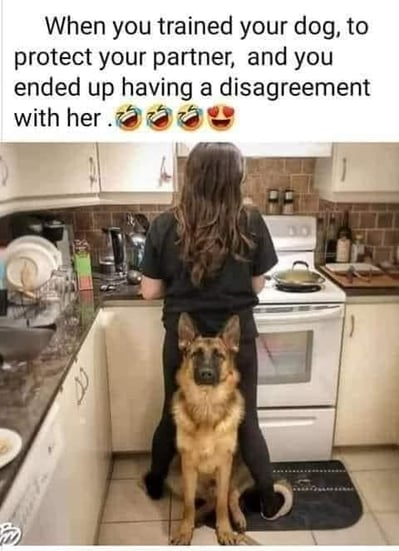 Now folks, I am not saying that an army of Trump supporters is going to descend from the hills and overthrow the American Republic.  C'mon, guys, get real.

But I do believe it is historically ignorant for the State of New York to set the insanely dangerous precedent that any American president who loses power will be instantly exposed to, and assailed with, charges from the states controlled by the opposite party.  Think about President Duarte in the Philippines, who instructed his army, the police, and his own hit squads to instantly shoot 6,000 (20,000?) drug dealers.  Why would I bet that Duarte will declare marshal law and extend his own term?

Let me be clear and not beat around the bush.  Those New York State prosecutors are so historically ignorant that they should not be allowed to have children.  (Don't hold back, George, tell us what you really think.  Hahahaha!)  C'mon, you New York prosecutors.  You are attorneys.  You all studied history.  You should know better than to set such a dangerous precedent. 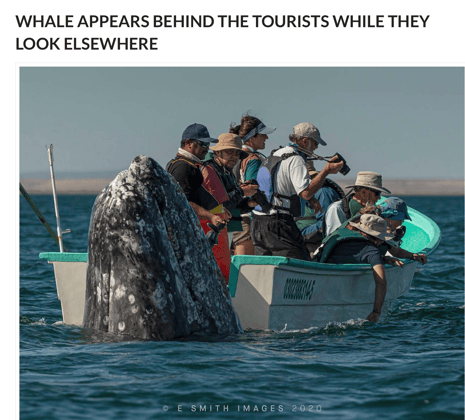 For God's sake, the single most important thing about America is that political leaders and parties can change power in America peacefully.  If you make an outgoing President or a political party fear for their freedom or their own physical safety when they step down from power, how long will it be before America is no longer a republic?

Imagine the following scenario:  Admiral Smith anticipates a Chinese invasion of Taiwan, and through the use of a distributed defense, where missile launchers are spread out over 50 different islands, ships scattered in the South China Sea, and 60 rusting old trawlers pressed into service as missile ships, we sink the entire invading Chinese fleet.

Admiral Smith retires from the Navy, greatly adored by servicemen from all five  branches of the service.  Don't forget that we now have the Space Force, who surely played a huge role in the First Chinese War. 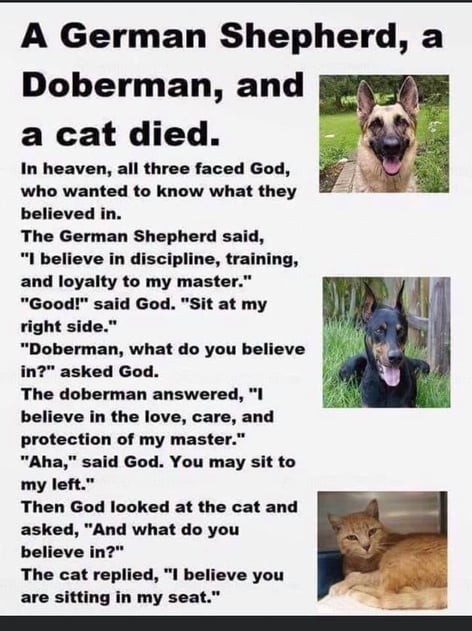 Admiral Smith runs for President, and he wins in a landslide.  But a great many Americans grow to hate him.  He has raised taxes, and he used the additional income to build more underground missile plants and to build new American shipyards in Mexico and Canada.

The American economy has been on a war footing for too long, and it has suffered.  Inflation stands at 12% annually, and good-paying, non-military jobs are scare.  Millions of Americans come to hate Admiral Smith, even though he keeps warning them that China will soon attack again.

The State of Utah then files criminal charges against Admiral Smith for having only two wives.  C'mon, guys, I am just having some fun here; but my point is that the State of Utah files some bull-pucky charges that carry a life sentence.  Yikes. 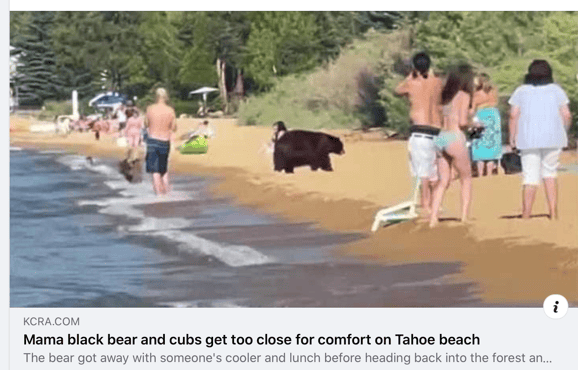 So Admiral Smith appeals to the military, who absolutely love him and agrees with all of his warnings and preparations for the next Chinese war.  Congress is "temporarily" closed, as Admiral Smith declares marshal law and extends his own term.  "I have no choice but to protect America from China."

So to the prosecutors in New York, I call you historically ignorant.  You have set an insanely dangerous precedent, and you may have just cost us the American Republic.

"Those who cannot remember the past are condemned to repeat it." -- George Santayana 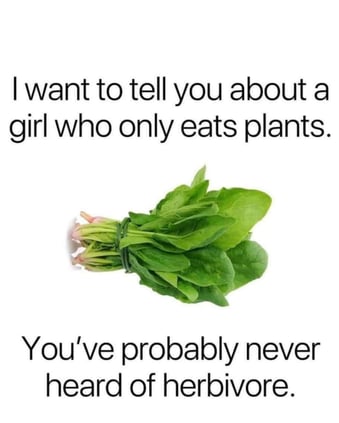