The Spanish-American War ... and Why You Should Care 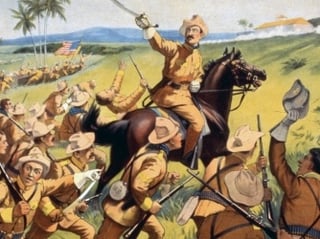 Blackburne & Sons gets its dough to make small, sub-prime commercial loans nationwide by assembling small syndicates of accredited, California investors.  Every month I enclosed an Investor Letter with their interest checks.  Although today's Investor Letter has nothing to do with commercial real estate finance, I hope you will still enjoy it:

“Those who cannot remember the past are condemned to repeat it.” -- George Santayana

George Santayana (1863 in Madrid, Spain – 1952 in Rome, Italy) was a philosopher, essayist, poet and novelist.

To those of you who are fellow history buffs, I have a great recommendation. You can now download inexpensive but fascinating podcasts about history right onto your iPhone. I listen to them when I am working out or driving. These podcasts are produced by a gentleman named Dan Carlin (dancarlin.com), under the label of Hardcore History.

Today I listened to Dan’s two-hour story about the Spanish American War. The war took place in 1898, and it was a very one-sided affair. Just five days after the Declaration of War by the U.S., an American fleet under Admiral George Dewey sailed into Manila Harbor in the Philippines – then a Spanish possession - and sank the entire Spanish fleet. The Spanish suffered over 500 dead and wounded. The U.S. did not lose a man. Okay, one American died of a heart attack, and seven others were wounded. (Interesting note: The American gunners were so inaccurate that less than 3% of our shells hit a Spanish ship; but obviously the Spanish were even more inaccurate.) 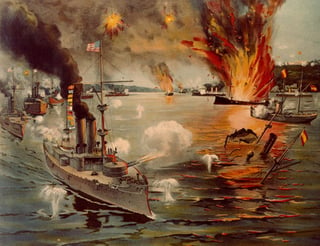 If you were awake during history class, you probably remember that Lt. Colonel (and later President) Teddy Roosevelt lead a regiment of dismounted cavalry called the Rough Riders up San Juan Hill. To his credit, Teddy showed great courage during that difficult, but successful, uphill infantry attack. It was the one big battle of the war.

The American fleet bottled up a second Spanish fleet in Havana, Cuba. When they attempted a breakout, despite the amazing courage of the Spanish, it was another one-sided rout. When the Spanish admiral finally surrendered, the American sailors cheered and saluted to show their admiration of the courage shown by the Spanish. 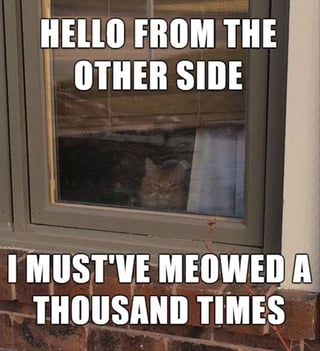 But the actual conduct of the war is not my point today. The issue is the cause. Dan Carlin, the historian, spent the entire first hour of his program on the cause of the war. Now ostensibly the cause of the war was the sinking of the Maine, an American cruiser docked in Havana Harbor. At 10:30 at night, while the rest of Havana was enjoying the extensive nightlife in the city, the cruiser suddenly suffered an ear-shattering explosion. The ammunition magazine had exploded, sending an enormous fireball into the sky. Observers reported that the sky was blackened with falling steel and body parts.   The ship quickly sank, with very few survivors.

To this day there is no consensus as to what really happened, but America chose to believe that the Spanish had detonated a mine under the Maine. “Remember the Maine!” In truth that theory makes little sense. The Spanish were already battling a fierce insurgency in Cuba, and they were losing. Why start a war with a rising regional power (the U.S.)?

Another theory was that this brand new cruiser suffered from a design flaw. The coal bin was built right next to the ammunition magazine, and spontaneous flash fires in coal heaps were common. Okay, so the war had started. Another one of these fancy new coal-powered, armored cruisers was stationed off of Hawaii, and it was ordered to the Caribbean. As it was sailing around the Cape of Magellan, it too suffered a spontaneous flash fire in its coal bin that took several days to subdue. Yikes.

Another reason for the war was yellow journalism, the name for sensational, scandal-filled, and often-inaccurate newspaper articles that stoked the passions of the American people (and sold newspapers). William Randolph Hearst later bragged that his newspaper, the New York Journal, forced the U.S. to go to war. The Spanish were fighting a counterinsurgency in Cuba. The Journal had reported that the Spanish had rounded up the population and forced them into concentration camps, so they could not give food, shelter, and aid to the insurgents. The problem was that the Spanish were not providing enough food, and 400,000 confined Cubans had died of starvation. Okay, that’s a much better reason to go to war – to free the Cuban people. 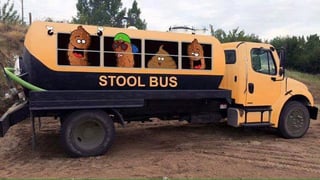 But the trouble is that we really went to the war because America was looking to pick a fight with someone. Jingos – a fiercely nationalistic and militarist segment of 1898 society – were promoting the idea that Americans needed a war to hone their military skills and to prevent the population from going soft. Remember, the Civil War had ended in 1865, and much of the bloody horrors of the war – the deaths, maiming’s, and misery - were starting to be forgotten.   “Those who cannot remember the past are condemned to repeat it.”

Now we are finally getting to the point of this month’s Investor Letter. Fascism didn’t just arise in Germany. The movement started first in Italy under Mussolini, then it arose in Germany under Hitler, and next it arose in Spain under Franco.

Folks, don’t get me wrong. I will probably vote for Donald Trump, if only because he has the Teflon coating needed to declare that the king is actually naked. There is a lot of anger, however, among his core supporters, and that anger is now also being found in Europe.

“The larger forces that have propelled Trump to the brink of the Republican Party’s Presidential nomination—nationalism, nativism, disillusionment with the economic results of globalization, fear of terrorism, cynicism about career politicians—are just as strong in Europe, perhaps stronger… The rise of right-wing politicians in Europe, like Norbert Hofer, a member of Austria’s Freedom Party, reflects the same forces that have fuelled the candidacy of Donald Trump… In recent weeks, Nigel Farage, the beer-swilling leader of the anti-immigrant, anti-E.U. U.K. Independence Party, has been joined in arguing for a (Brexit) by Boris Johnson, the mayor of London.” (A Europe of Donald Trumps, The New Yorker)

Trump has promised to rein in the military encroachments of Vladimir Putin and to strongly renegotiate trade deals with China. “We are going to make America great again!” Okay, Mr. Trump, I’ll bite. I’ll vote for you; but hey, please don’t go picking another war. A missile exchange with China or a land invasion by North Korea could go badly for the U.S. Nuclear weapons are not a 100%-guaranteed deterrent against war. In World War II, for example, the warring parties simply chose not to use gas warfare.