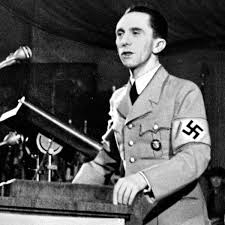 It is extremely dangerous when one political party controls almost all of the news agencies and methods of mass communication.

When Hitler ascended to power in 1933, Joseph Goebbels took over the Ministry for Public Enlightenment and Propaganda, which controlled radio, press, publishing, cinema and the other arts.

Paul Joseph Goebbels was a small man with a large head, a crippled foot, and a fragile body; but his voice was mesmerizing.  Unlike Adolf Hitler, whose rough voice sometimes broke when he reached a fever pitch of oration, Goebbels' speech was deep and resonant, never wavering from its carefully crafted message of German superiority and rabid anti-Semitism. 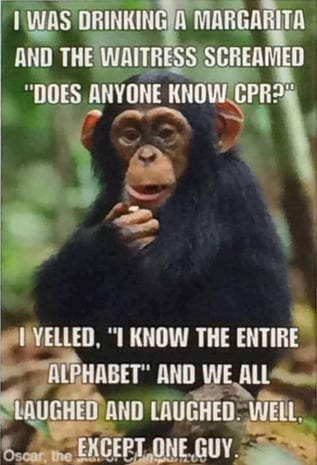 Goebbels subjected artists and journalists to state control and eliminated all Jews and political opponents from positions of influence.  On May 10, 1933, he staged a massive book burning in Berlin, where university students destroyed the works of Jewish and other blacklisted authors in huge bonfires.

Goebbels promoted the Nazis' anti-Semitic message through black and white films, such as The Eternal Jew (1940), and reinforced an ideology of Nazi supremacy, with Leni Riefenstahl's (a beautiful German movie producer) state-funded documentaries Triumph of the Will, about a Nazi rally in Nuremberg in 1934, and Olympia, about the Berlin Olympics of 1936.

"While Hitler is a fair orator ... Goebbels is a past master," observed American ambassador William E. Dodd. "He ... has combined all the newspaper, radio, publications and art activities in Germany into one vast propaganda machine." 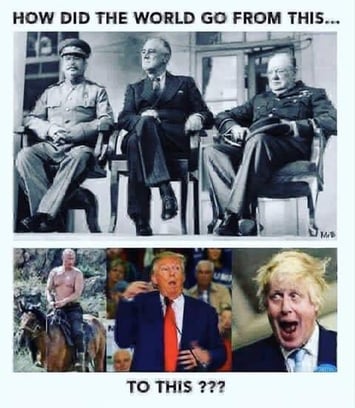 After creating an atmosphere of fear and hatred, Goebbels began to authorize violence himself.  On November 9, 1938, after the assassination of a German diplomat by a Jewish student in Paris, Goebbels called for "spontaneous demonstrations" against the Jews.

When the pogrom, known as Kristallnacht, was over, rampaging mobs had killed 91 Jews, burned more than 900 synagogues, destroyed nearly 7,000 Jewish businesses, and caused 30,000 Jewish men to be deported to concentration camps.

Goebbels later helped execute Hitler's "Final Solution," issuing public warnings that "the Jews will pay with extermination of their race..." and supervising the deportations of Jews and other people considered undesirable by the Nazis from Berlin to extermination camps. 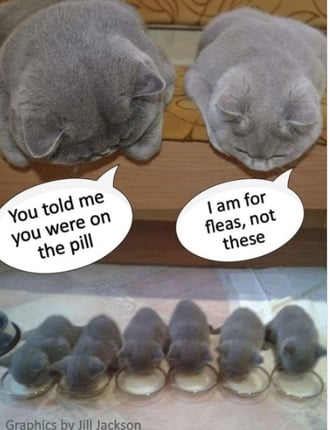 Although the Allies were by then winning the war, and insisting on unconditional surrender, Goebbels whipped the crowd into a frenzy and mobilized them for a near-suicidal "total war."  Inventing secret weapons and mountain fortresses where the Nazis would make their last stand, Goebbels never lost his faith in his cause.

On May 1, 1945, with Berlin under siege and Adolf Hitler dead, Goebbels and his wife Magda poisoned their six children and then killed themselves with the help of bodyguards from the German SS.  Their bodies were burned, left unburied, and quickly found by Soviet troops.  Before his death, Goebbels declared, "We shall go down in history as the greatest statesmen of all time, or as the greatest criminals." 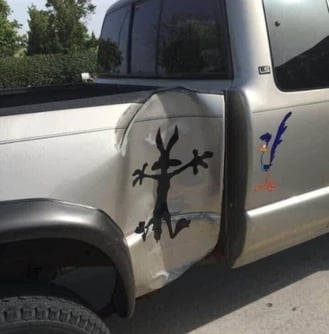 The Final Solution for Parler:

Until yesterday, Parler was a competitor of Twitter, where Republicans and other advocates of free speech could challenge the near-total dominance of news publication in America by supporters of the left, without having their views "moderated" or banned by Facebook and Twitter.

For Parler, yesterday was its Kristallnacht.  Google announced that it would no longer allow Android users to download its app in its app store.  Apple did the same for their iPhones.

Their excuse?  Parler was not moderating the posts of its users.  Uh, huh.  Who gets to decide what is true?  How can falsehoods and fake news stories best be prevented?

“If there be time to expose through discussion, the falsehoods and fallacies, to avert the evil by the processes of education, the remedy to be applied is more speech, not enforced silence.”

Nevertheless, Amazon Web Services (AWS) gave Parler just 24 hours to find 350 servers to carry its software and to remove itself from AWS.  Faced with an impossible task, Parler closed down today. 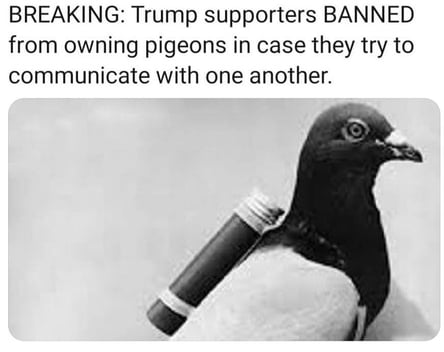 And of course you know that Donald Trump has been banned for life by Facebook and for one year (?) by Twitter.

It is extremely dangerous when one political party controls almost all of the news agencies and methods of mass communication.

Notwithstanding my jokes and funny pics today, this is serious stuff.  The enforced silencing of the right over the past three days might even make the pages of a history book someday, and you were alive to witness it. 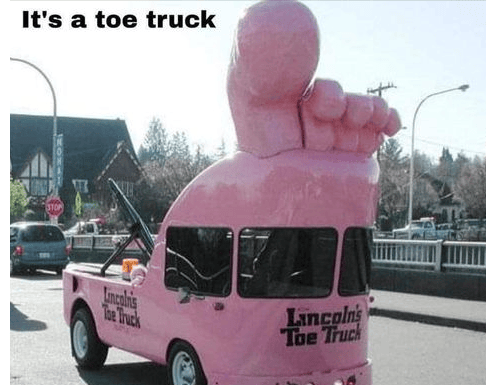 Never forget the work of Joseph Goebbels and his Ministry for Public Enlightenment and Propaganda. 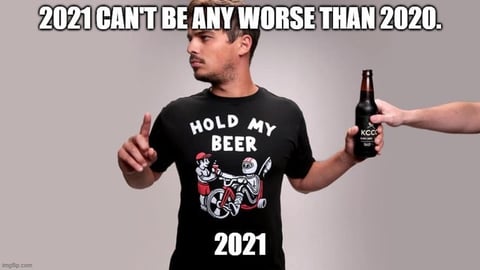