Today we are going to talk about peer-to-peer lending, crowd-funding, FinTech, and shadow banking. Then I will explain why you should care.

Crowd-funding is the practice of funding a project or venture by raising many small amounts of money from a large number of people, typically via the Internet.

The difference between peer-to-peer lending and crowd-funding is that P2P lending typically involves small loan amounts ($5,000 to $50,000), and just one investor lends the entire loan amount. Crowd-funding can sometimes involve much larger amounts, where lots of different investors chip in a little bit to make the loan or the equity investment.

In the doctor’s office, two patients are talking. "You know, I had an appendectomy last month, and the doctor left a sponge in me by mistake." "A sponge!" exclaims the other. "Does it hurt much?" "No, there’s no pain at all," says the first, "but boy, do I ever get thirsty!"

"Gentlemen, it is better to have died a small boy than to fumble the football." -- John Heisman

"A school without football is in danger of deteriorating into a medieval study hall." -- Frank Leahy / Notre Dame

Google defines shadow banking as follows: A shadow banking system refers to the financial intermediaries involved in facilitating the creation of credit across the global financial system but whose members are not subject to regulatory oversight.

When Blackburne & Sons arranges a hard money loan, we are creating credit without banking oversight. (There is plenty of state oversight. Geesch.) When LendingClub.com arranges a $25,000 start-up loan to a recent immigrant wishing to buy and equip a truck to serve lumpia and other fast food at a worksite, this is another example of shadow banking. In a moment I will explain why you should care about peer-to-peer lending, crowd-funding, FinTech, and the shadow banking system.

After USC lost 51-0 to Notre Dame, his post-game message to his team was, "All those who need showers, take them." -- John McKay / USC

Here’s why you should care about the explosive growth of the shadow banking system: When an economy overheats and inflation begins to soar out of control, the Fed has a number of tools to cool down the banking system. It can raise the reserve requirement. “Hey, you bankers out there, we’re worried about too much credit being created. As of right now, you all have to increase your reserve account at the Fed. This means you will have less dough to lend.”

The Fed can also engage in open market operations, selling off some its enormous hoard ($4.5 trillion?) of government bonds, corporate bonds, and mortgage-backed securities. Investors have to take money out their banks to buy these securities, thereby reducing the liquidity in the system and cooling off the creation of new bank loans. Lastly, the Fed can raise interest rates, thereby making loans less attractive to borrowers. 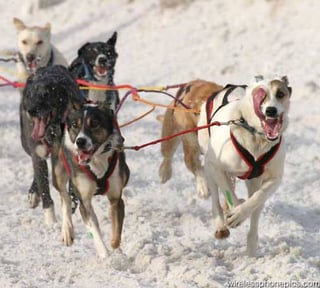 “Okay, so our fire truck is all set to douse any hyper-inflationary fire, right?” Uh, what about the shadow banking system – those P2P lenders, crowd-funders, and hard money lenders? In 2012, Chinese monetary authorities tried to cool down their economy by raising the reserve requirement and interest rates. The move didn’t work so well. Chinese property speculators just went around the banks and took out private loans to buy their tower apartment units.

My point is this: If inflation were to ever take off again, which is far-far from certain to happen in our lifetimes, inflation could quickly get away from the Fed. Speculators could simply go around the banks using FinTech and keep borrowing. For example, as the owner of Blackburne & Sons, I don’t give a hoot if the Fed raises the reserve requirement for banks. It just means more sweet loans for Blackburne & Sons to make. I have no idea what the exact number is, and I am just pulling a number out of my tush, but I wouldn’t fall off my chair in surprise if global investors didn’t have as much as $75 trillion dollars sitting around under-invested.

The reason I wrote about this subject today is because my instincts are screaming at me to syndicate the purchase of more prime, multi-tenant industrial buildings in California gateway cities – and to buy that property with all cash. No debt. Zip-zilch-zero. Nada.

(I originally wrote this piece as my monthly Investor Letter.)  With zero debt, we are protected either way. If deflation rules the roost, and we only earn 4.5% to 5.0% after operating and organizational expenses (the most likely scenario), we are still earning far more than what CD are yielding. On the other hand, if inflation takes off and/or industrial rents sky rocket, we would be sitting in clover.

It will be interesting to see how the markets react when the Fed finally raises interest rates. The investment world could easily interpret such an action as a sign that the U.S. economy is now completely healed. They could go rushing to buy commercial-investment real estate using today’s low mortgage rates. I’m just sayin’.