Commercial Loans and the Seeds of the Next Great Recession 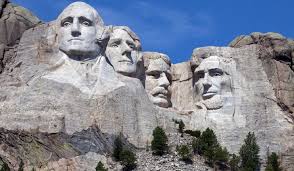 We all know that another great recession is coming eventually, but its anybody's guess as to when it will hit.  It could be next year, next decade, or even three decades from now.  This week I think I have at least figured out what will be the cause of the next great recession.

You guys have no doubt heard of the Monetarist School of Economics, headed once by the late Nobel-prize-winning economist, Milton Friedman.  Friedman famously said back in 1963, "Inflation is always and everywhere a monetary phenomenon." 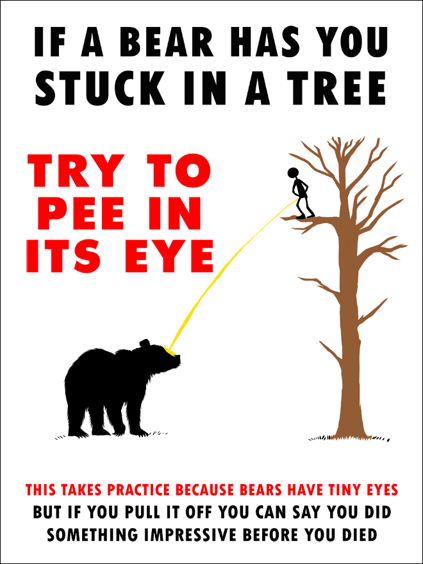 Then there is the Keynesian School of Economics, which says that the Federal government should prime the pump to get out of bad recessions.  Even though I am a Republican, I think that President Obama and Treasury Secretary Timothy Geithner did an incredible job during the Great Recession to save this country from a full-blown deflationary depression.  They successfully used many of the fiscal policies suggested by John Maynard Keynes.

My greatest kudos, however, go to former Fed Chairman, Ben Bernanke*, who performed some amazing miracles during the Great Recession.  At one point, during the nadir (low-point) of the crisis, the commercial paper market completely froze up.  Our largest corporations don't borrow from banks to meet short-term cash flow needs.  Instead, they issue short term bonds (30 to 270 days) directly to the commercial paper market, where life insurance companies, pension trusts, bond funds, endowments, and family offices (some people are so filthy rich that they actually create a little company whose sole job it is to invest their money) buy the short term IOU's issued by S&P 500, investment-grade companies. 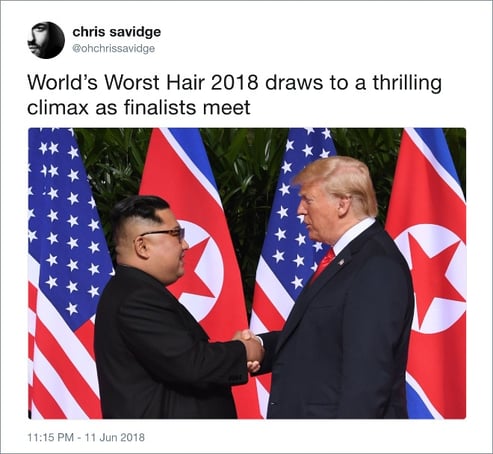 At one point in late-2008, investors became so terrified that they stopped buying commercial paper altogether.  Our largest corporations, companies like a Federal Express or a Lowes, needed to be able to roll over their short term debt and to sell new short-term debentures (unsecured corporate bonds) in order to meet payroll.  Suddenly these gilt-edged companies couldn't raise a dime. Can you imagine a world where most of the companies in the S&P 500 had to layoff half of their workers because they lacked short term cash flow?  Directly or indirectly, tens of millions of workers would have been thrown out onto the street, and the economy would have collapsed. 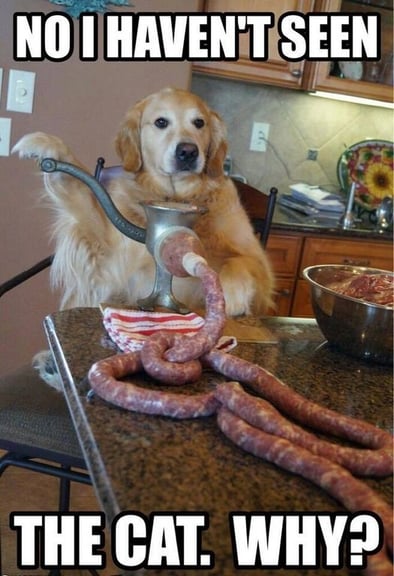 Okay, time to wake up again.  Good stuff coming.  According to the Austrians, recessions and depressions occur after lots of companies and the investing public makes some serious malinvestments (bonehead investments). 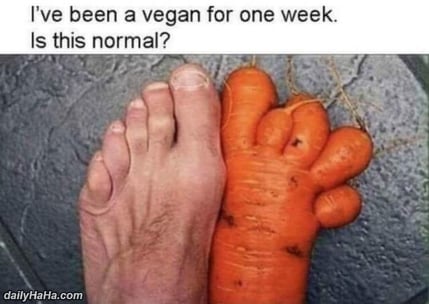 Mal is Latin for bad.  A malinvestment is an investment that doesn't generate enough return to service and pay down the debt taken on to make the investment.  For example, let's suppose that I borrow $20 million to build a buggy-whip manufacturing plant.  It is unlikely that I am going to be able to sell enough buggy-whips to make monthly payments of $200,000.  My company is going to go bankrupt, and the lenders who loaned me $20 million are suddenly going to be a whole lot poorer.  If too many banks and investors make bonehead investments; e.g., see-through office buildings, dot-com stocks, bitcoins, and subprime real estate loans; suddenly the economy is in a recession or depression.

Okay, now to the point of today's article.  Do you remember how the banks packaged up subprime residential loans, got them rated by the (lying, disloyal) rating agencies (Fitch, Moodys, etc.), and then securitized the loans?  The banks were pushing junk, but they didn't care.  They were immediately selling off the bonds to trusting investors.  As long as the bank didn't get caught with a lot of subprime loans in its portfolio when the music stopped, the bank was golden.  "Too bad, sucker!" 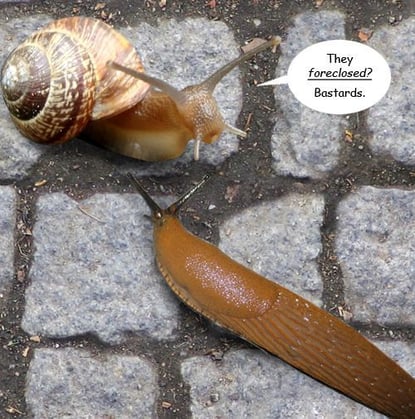 After the Great Recession hit, and tens of millions of Americans who were invested in residential mortgage-backed securities lost tens of billions of dollars, the Federal government passed the Dodd-Frank Act.  Under Dodd-Frank, any bank involved in the selling of securitized bonds was required to retain 5% of all classes of the bond (AAA, AA, A, BBB, and the junk).  The idea here is that no bank would want to own 5% of the first-loss piece if this unrated piece was gawd-awful.

Wall Street has now come up with a new way to trim unsuspecting investors out of their money.  The Big Boys are now securitizing adjustable-rate junk bonds and selling the bonds to the public.  An investment broker recently offered me some adjustable-rate junk bonds yielding over 4%!  Some of these tranches are even rated AAA, just like Wall Street turned subprime residential loans into AAA bonds!  Here we go again!

Now please get a barf bag handy.  The industry appealed last year a ruling by a lower Federal court that held if a bank is going to sell securitize junk bonds, the bank has to retain 5% of all classes of the security (to insure that the bank is not selling unconscionable investments).  Well, the Federal three-judge Appellate Court just reversed the ruling of the lower court!  The issuer does NOT have to eat a healthy portion of its own cooking.  In effect, banks can sell as much of this potential poison as they want.

This is going to be awful.  The public will be unable to resist adjustable-rate, investment-grade (!!) bonds in a rising interest rate environment.  The early offerings will be okay, but then - as things inevitably happen - the quality of the junk bonds going to these pools will greatly decline, until finally - bam - the Second Great Recession will be here. 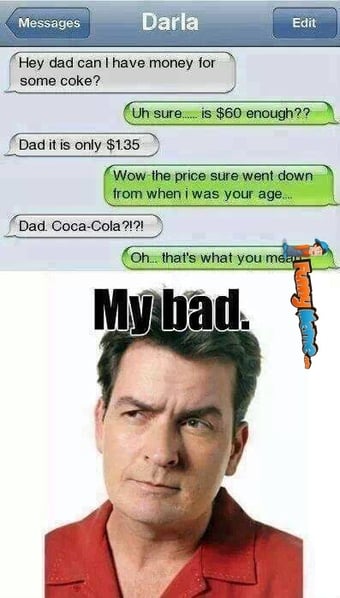 What has been will be again,
what has been done will be done again;
there is nothing new under the sun.

* In 2007, I published a financial novel entitled, The Reverse Multiplier Effect, about a horrible deflationary depression.  In my story, Fed Chairman Ben Bernanke is a bona fide hero. Then real life happens, and Ben Bernanke proves to be an even bigger hero.  I would vote for one more head on Mount Rushmore. 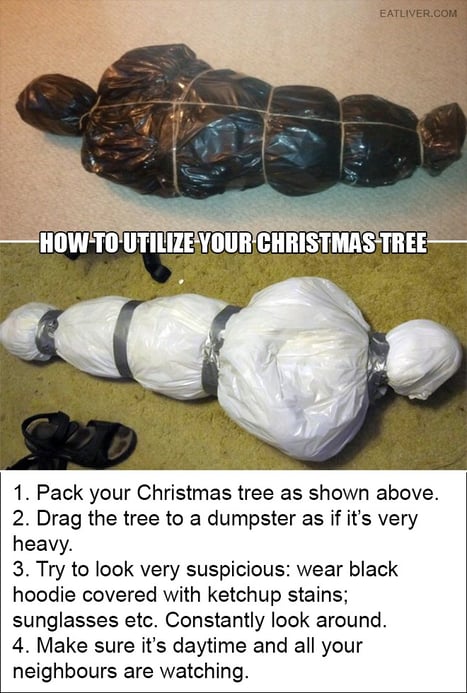