Commercial Loans, Fun Stuff, and Where on Earth is Ephesis? 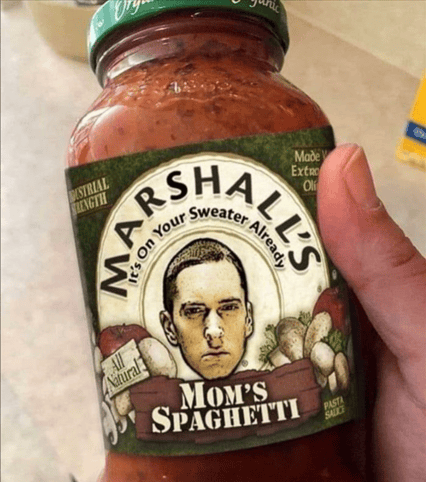 My wife and I just finished watching the Amazon Prime limited TV series, The English,  starring Emily Blunt (John Krasinski's better half - The Office, Jack Ryan).   OMG, it was fantastic and very surprising.  The six-episode mini-series ended last night, and I keep thinking about it.  It covers a subject area never before covered on TV.  I recommend it highly.

Where on Earth is Ephesis?

My 43-year-old hard money shop, Blackburne & Sons, (the nation's oldest), is based in Sacramento, California; but my bride and I live in Indianapolis, Indiana.  Indiana?  Why so far away from my office?

Cisca and I moved to Indiana 23 years to send our three wonderful children to Culver Military Academy.  Best high school in America.  No question.  Phenomenally expensive.  Each of my three kids got a large scholarship.  God bless you, Culver! 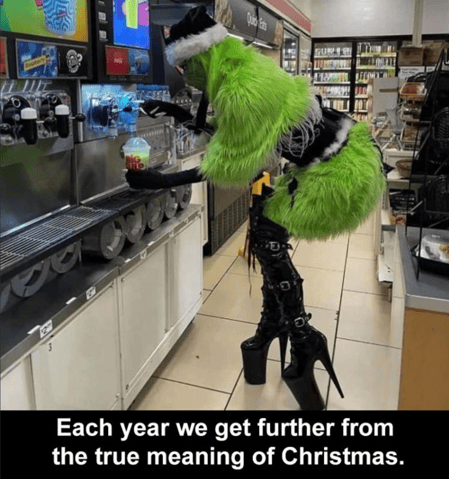 My son, Tom, roomed with the son of the Governor of a state in Mexico, who arrived in a helicopter and was protected by two guards with submachine guns.  Why was this governor worth $100 million when his state salary was just $60,000?  Hmmm.  Tom even  played baseball with the the grandson of George Steinbrenner, the owner of the Yankees.

Anyway, during the Spring Break of their junior year, it is customary for Culver students to take an international service trip.  I always accompanied my kids.

I climbed the Great Wall of China with George IV.  It was steep!  Yikes.  George IV hilariously grossed out his friends by plucking out and eating a fisheye with his chopsticks.  Eeuuu.  Funny. 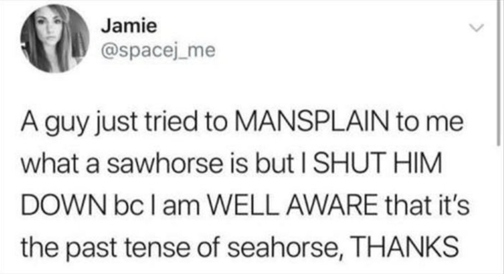 I spent the best day of my entire life with my son, Tom, in Sydney, Australia.  Beautiful, spotless city.  Hired a limo, saw the famous Sydney Opera House, took the harbor cruise (best weather of the year), and saw where each of the famous pirates were hung.  Finally we headed for Bondai Beach.

I learned afterwards that there are more shark attacks on Bondai Beach than any other beach in the world.  Did I pucker?  Never had another kid.  Just sayin'.  Haha!

We rented a surfing coach, boards, and sand shirts.  Then we discovered that Bondai Beach was topless!  A study revealed that British girls are the most amply endowed women in the world, and there must have been 1,000 Aussie beauties on that beach.  Like I said, "Best day of my life."  [Chuckle.]

My daughter chose to go to Greece for her Spring international trip.  We climbed the Acropolis to see the Parthenon, that famous Greek temple.  We ate at the Plaka, the famous open-air market at the foot of the Acropolis in Athens, and we shared our dinner with a dozen sweet, irresistible cats - the little beggars.  Haha!

We saw the battleground of Thermopylae (300 Spartans) and the Isthmus of Corinth, that thin strip of land that joins the huge, lower "island" of Greece (called the Peloponnese) with the larger northern mainland.

Then we took a ferry over to the West coast of Turkey to see the famous ruins of Ephesis. 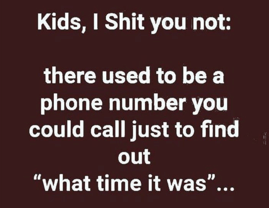 You recognize the name, Ephesis, because St. Paul wrote a letter to the Ephesians that became the tenth book of the New Testament.  In the year 60 A.D., Ephesis had a population of 250,000, making it the second largest city in the entire Roman world.

Then one day - in an instant - the entire city was gone.  Poof!

And then one day Ephesis was gone.  In 614 A.D., a mighty earthquake liquified the surrounding foothills and instantly buried the entire city in mud, killing the entire population.  Poof.

Archaeologists have excavated the entire site, revealing a largely intact Roman city.  Jordi and I were able to walk down marble streets, with small Roman temples on each side.

We sat in and walked through its coliseum, including walking through the same tunnel where doomed gladiators once strode.  Erie.  Cool.  Hand me my gladius and my shield.  We who are about to die salute you!

Will China invade Taiwan this April? 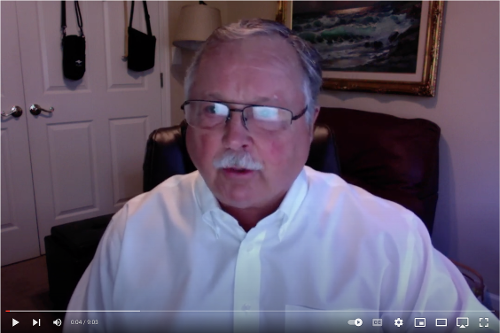 What Types of Lenders Are Making Commercial Loans?  Part 1 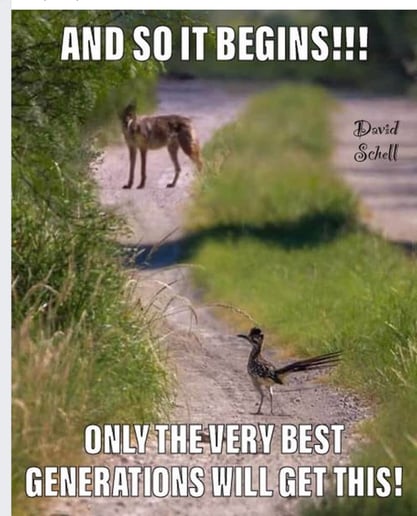 Life companies offer fixed interest rates for up to ten years at rates as low as 175 to 200 basis points (1.75% to 2%) over ten-year Treasuries.  That's the good news about life companies.  The bad news is that life companies do not lend to mortals like you and me. 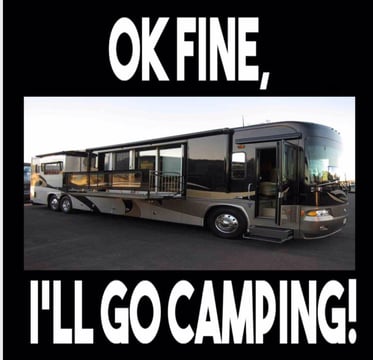 Like I said, life companies do not lend to folks like you and me.  They lend to investors so stinking wealthy that they don't want a lot of leverage.  They want the cash flow.

These conduit loans are aggregated in a giant pool of $2 billion or so, and then bonds, backed by the commercial mortgages in the pool, are issued and sold off by Wall Street-like investment bankers to life companies, pension plans, family trusts, bond funds, and other institutional investors. 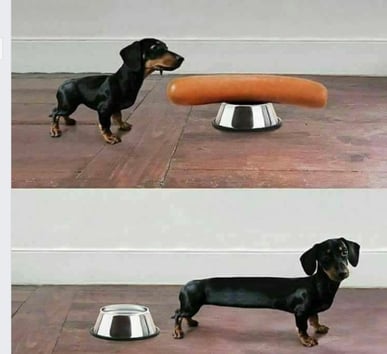 The good news about conduit lenders is that their interest rates are only about 75 basis points (0.75%) higher than those offered by life companies.  Conduits will also lend in secondary locations in fairly large cities not quite large enough to have a football team.  In addition, the property does NOT need to look like a color, glossy postcard.

The bad news about conduits is that their minimum loan size is large - typically $4 million+.  In addition, their loan-to-value ratios are pretty low.  CMBS investors got hammered during the Great Recession, so conduit lenders now use a commercial loan underwriting ratio that few other commercial lenders use.  This ratio is the Debt Yield Ratio. 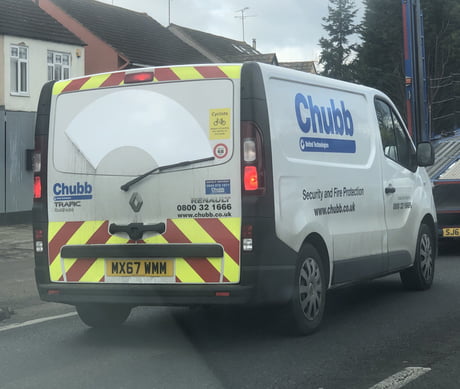 A Debt Yield Ratio of 9% limits many conduit loans to a maximum loan-to-value ratio of around 65% to 68%.  This is not the the kind leverage that most investors are seeking.  As a result, conduit loan originations in the past several years have been no more than 40% of their pre-2008 loan volume. 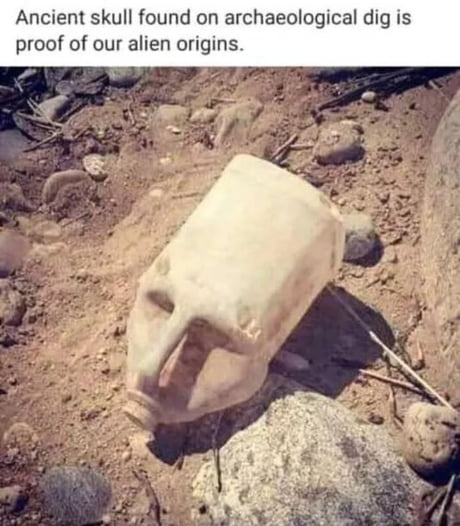 What Kinds of Lenders Are Making Commercial Loans Today?

If you need a commercial real estate loan, to whom should you submit your deal?  What kinds of lenders are making commercial loans today?

Most mortals will never qualify for a commercial loan from a life insurance company.  Life companies, as they are called in the language of commercial mortgage finance, will seldom make commercial mortgage loans of less than $5 million.  The property either has to be almost brand new or located in a fllthy-rich commercial area, like in the financial district of Downtown San Francisco.  Life companies usually limit their commercial loans to just 50% to 55% loan-to-value, and they will not allow second mortgages behind their loans.  This means that a commercial property buyer would have to put down a minimum of 45% of the purchase price.  Yikes.  Like I said, few mortals will ever qualify for a commercial loan from a life company.

Assuming you're a mortal like me, let's move on to the class of commercial lenders with the next best commercial mortgage rates - the conduits.  Conduits, also known as CMBS lenders, make large commercial first mortgages exclusively on very standard commercial properties - multifamily, office, retail, and industrial.  Conduits will also occasionally make loans on hospitality properties (hotels).  Like life companies, conduits prefer loans of larger than $5 million, although they will occasionally finance deals as small as $3 million.  Unlike the life companies, the commercial property does not have to be gorgeous or almost brand new.  Bread-and-butter commercial buildings will often qualify.  The typical conduit loan will have a terrific interest rate, just 30 to 50 basis points higher than that of a life company.  Loan-to-value ratios as high as 65% LTV are possible, and conduits will allow mezzanine financing behind their loans, as long as the "mezz piece" is arranged at the same time the permanent loan is arranged.

Commercial banks have the third-best commercial mortgage rates, and banks are making, by far, the largest number of new commercial real estate loans.  In fact, at least 75 out of every 100 new commercial loans originated in the last year were originated by a commercial bank.  Commercial banks will make commercial real estate loans as small as $150,000 to as large as $50 million or more.  The property needs to be functional and leased, but it does NOT have to be beautiful.  The borrower must be clean and strong, and it helps a lot if he has lots of cash in the bank.  Banks will even finance business properties, like motels, restaurants, and bowling alleys, as long as they are successful.

Savings banks and savings and loan associations (thrifts) are making very few commercial real estate loans today - so few that they are not even worth discussing.

There are only two commercial mortgage REIT's actively making commercial real estate loans today, and their rates are no better than those of any other hard money lender.

If you found this article to be instructive, I strongly encourage you to subscribe to our blog via email.  To get a copy of each new training blog article as it comes out, without having to remember to come back, please fill in your email address in the space provided on the right.

Lastly, if you're a buddy or a former student of mine, would you please do me the great kindness of hitting the Like button, the Google+1 button, and the Linked-In Share button above.  Thanks so much.  :-)