Commercial Loans and a Most Unusual Kind of Land Loan 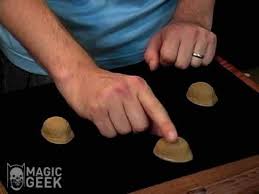 When a bank makes a commercial construction loan, it is certainly not going to take all of the risk.  A bank will usually require that the developer cover at least 20% to 30% of the total project cost - land cost, hard costs, soft costs, and a contingency reserve equal to 5% of the hard and soft costs.

Usually this takes the form of the developer contributing the land free and clear of any liens, plus having paid much, if not all, of the engineering and architectural fees. 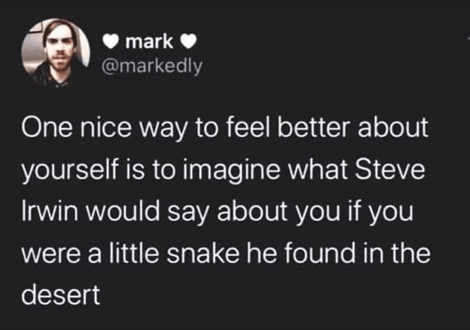 Therefore I was shocked to read a tombstone sent out by my friends at George Smith Partners, one of the oldest commercial mortgage banking companies in the country.  You will recall that a tombstone is a closing announcement designed to show the types of commercial loans that a particular lender makes.

The tombstone boasted of the closing of a $4 million non-recourse land loan in Beverly Hills, at 8% interest for one year.  This land loan was made at 90% loan-to-cost (LTC)!  Ninety percent on a land loan???  I know that Colorado oregano is now legal in California, but 90% LTC on land is an insane amount of leverage.  (In this particular case, the cost was the same as the fair market value.)

So I wrote to my buddy, Bryan Schaffer (a very good man), and asked, "Bryan, I don’t understand.  What is the exit strategy?  Any construction lender is going to expect the developer to contribute the land free and clear, and it might require even more developer’s contribution." 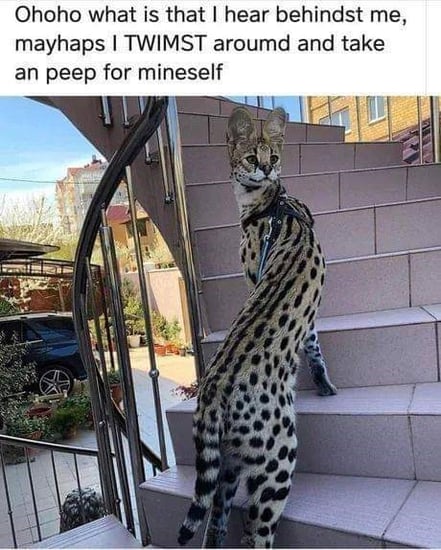 Before I share with you Bryan's answer, I need to explain that, prior to the Great Recession, banks were allowed to give developers credit for the appreciation in the value of their land.  For example, suppose a developer purchased some land for $1 million, and three years later, because he bought shrewdly, the land now appraises for $3 million.

Back then, the bank was allowed to value that land at $3 million for equity purposes.  Therefore, if the developer only owed $500,000 on this $3 million piece of land, the bank would say that the developer contributed $2.5 million in equity towards the proposed construction loan. 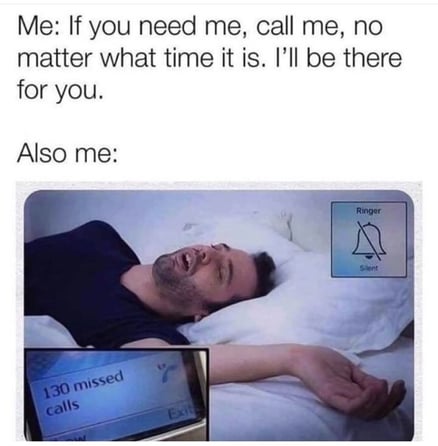 We are now ready to reveal Bryan's answer to the question, "A land loan of 90% loan-to-value?  What the heck have you been smoking?"  Haha!

"George, It is very hard to get the full appreciated value of the land.  On this deal, if you just did a construction loan, most lenders would only give the developer his basis (actual cost), which was $1.4 million."

"With a $4MM land loan and an appraisal at $4.4 million, the bank will give us at least a $4 million value for land - and most likely the full $4.4 million value.  At some banks, if he deposits the $4 million (from the loan proceeds), they will loan him the entire $4 million against it at a very low rate, which he will use to pay off his land loan.  He will get the full $4 million to $4.4 million credit (for the value of the land) and will also show $4 million of liquid assets, but it will be in a restricted account."

"So the hard money loan cost him $200K to $300K, but in exchange he does not have to bring in fresh cash of $2-3 million and likely also looks better for future loans because he has the $4 million in a restricted account.  It is a little bit of a financial game, and it is only good for someone that does not have the cash.  Hope that helps, Bryan." 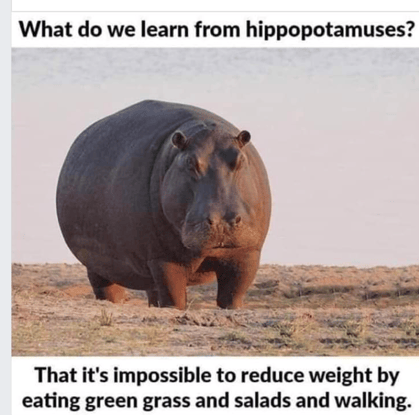 The hippos imported by Pablo Escobar are breeding like crazy in the wilds of Columbia, and their poop is polluting the local water supplies.  Algae blooms.

Did you get lost?  It helps to understand that banks only want to lend to developers with lots of cash on hand.  Our developer will take this $4 million in land loan proceeds and stick it into the account of the bank which will make the new construction loan.  It's a restricted account, so the dough can only be used to construct the proposed 12-unit apartment building.

So the land loan costs the developer $200,000 to $300,000 in loan fees and interest - but it reduces by $2 million to $3 million the amount of equity the developer has to contribute to the property. 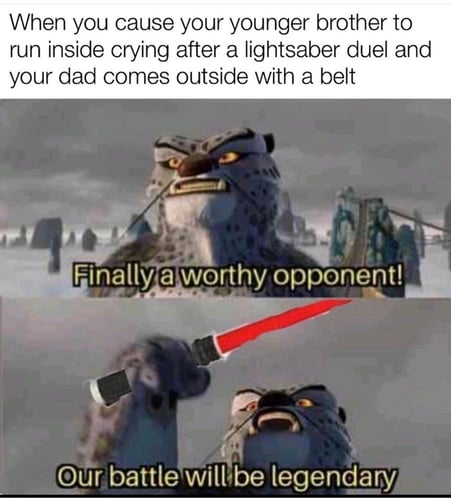 As Bryan explained, its kind of a shell game (1) to make the developer look liquid and rich; and (2) to get around the Fed's rule that bank construction lenders must value the land at the developer's actual cost.  I suspect that there are a lot of parties winking at each other.  Haha! 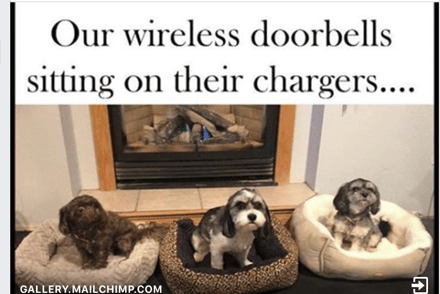 Land Loans and How To Find The Best One

Who makes land loans today?  Where is the best place to find a good land loan?  Will you or your borrower qualify for a land loan?  How large of a land loan can you get?  Today we answer these questions, as well as discuss inadequately capitalized developers.

In the years leading up to the Great Recession, real estate developers were making a fortune  developing raw land.  They would buy farmland or scrub land, get it re-zoned, complete the horizontal improvements, and then quickly sell off the individual home-site lots for a small fortune to home builders.  Horizontal improvements are defined as grading the property, bringing utilities to each lot, and putting in streets, sidewalks, curbs, and gutters.

At the time, commercial banks were making lots and lots of land loans and A&D loans.  An A&D loan is defined as an acquisition and development loan structured like a construction loan, where the construction budget includes the purchase price of the raw land, the hard costs of the horizontal improvements, the soft costs - including an interest reserve and sales commissions, and a contingency reserve of around 5% of hard and soft costs. 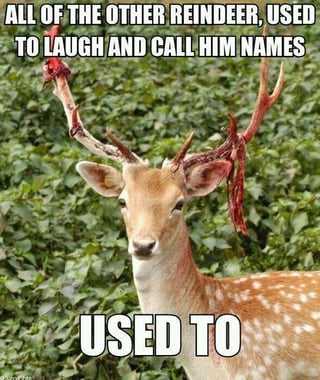 You can guess how this story turned out.  The Great Recession destroyed the housing market, and land prices plummeted.  The banks foreclosed, the banks took huge loss, and Federal banking regulators slapped the snot out the banking industry for being so stupid.  Truly folks, the losses in land development lending were often 80% to 90%.

Why do we care?  Regulators have a long memory, and the absolute last loan that banking regulators want commercial banks to make today are land loans.  Therefore, unless a developer is as rich as Donald Trump and has a banking history with a particular local bank going back for 15 years, he is probably NOT going to be able to get a land loan or a land development loan from a commercial bank. 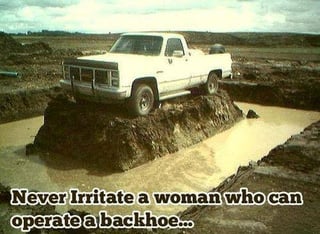 But you don't have to apply strictly to Blackburne & Sons.  On C-Loans.com there are at least 75 different commercial and land loan hard money lenders.  You fill out one short mini-app, check off six suggested lenders, and then press, "Submit."

Will you qualify for a land loan?  How large of a land loan will you be able to get?  During an average market, hard money lenders will typically only advance up to around 40% loan-to-value on raw land.  In a rising market like today, Blackburne & Sons, for example, is pretty bullish on land loans.  We'll lend up to 50% loan-to-value on land to a good-credit borrower, and perhaps up to 60% of the land purchase price on a land development deal to a well-capitalized, experienced, and good-credit borrower. We're probably not unique among hard money lenders in terms of our bullishness on land today (12/13/15).

Now we FINALLY get to the point of today's training article.  I would like my own executives and loan officers (Ed!!) to pay special attention to the point that I am about to make.  We at Blackburne & Sons often see developers applying for a land.  They want a loan of 50% loan-to-value, and their exit strategy is to pay us off with a construction loan.

But wait a minute.  In my last blog article I pointed out that real estate developers are usually required to cover at least 20% of the Total Cost of the project.  They usually do this by bringing the land to the closing table (almost) free and clear.  If a developer has a big mortgage on his land, he won't be able to bring the land to the closing table free and clear.  He will never qualify for a construction loan to pay off his ballooning land loan!

Now, of course, if the developer has a BIG net worth, he can sell off some property to come up with the equity required by the construction lender.  Many developers also have a stable of passive investors who invest the equity in their deals in return for a share of the profits.  Other developers are very experienced at issuing private placements in order to raise their required equity.

Do you enjoy my down to earth style of instruction?  Now is the time to become a commercial mortgage broker.  More commercial loans are ballooning in the next 12 months than in any similar period in history.

Keep looking for a business card from a banker making commercial loans.  We'll trade you a list of 2,000 commercial lenders for the contents of that one business card.  We solicit these bankers to refer their turndowns to C-Loans.com.

Have you registered on C-Loans.com yet?  I am just talking about inputting your name, company, address, etc.  If you are pre-registered, you are far more likely to enter your next commercial loan into C-Loans.com.  If you pre-register, we'll give you a free $199 commercial mortgage underwriting manual.