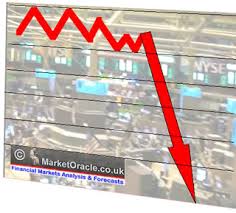 Interest rates on commercial permanent loans have increased sharply since the end of the Great Recession in 2009.  At one point - about three years ago when the yields on ten-year bonds in Germany and Switzerland went negative - fixed interest rates on commercial loans to prime borrowers reached as low as 3.75%.  Today even very good borrowers are likely to pay 5.6% to 6.0% for the same commercial loan from a regional bank.  Small town banks are quoting rates as high as 6.25%.

We are clearly in an era of increasing interest rates.  It sure would be great if you could lock your rate when while your commercial loan is in process. 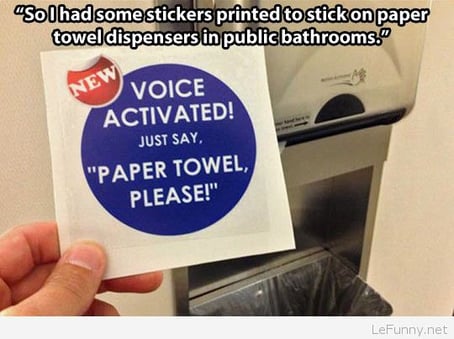 Now if you are buying a house, its possible to get the lender to lock his interest rate for 30 days or so.  The reason why residential lenders can do this is that they buy huge fixed-rate forward-commitments from Fannie Mae or Freddie Mac.  The same is NOT true for commercial loans.  As a general rule, commercial real estate lenders do NOT lock their interest rates.

If you had a commercial loan in process with a bank, and the bond market suddenly collapsed; i.e., interest rate spiked sharply higher, the bank would not be legally obligated to fund your loan at the interest rate originally quoted.

Big Pebble Bank is processing a $700,000 commercial loan on an office building on Main Street in Big Pebble, New Mexico.  The bank has quoted 5.75%, 1 point, twenty-five years amortized, ten years due, with a rate readjustment at the beginning of year 6, and a 3% prepayment penalty for the first 4.5 years.

Suddenly China, angry over the trade war, sells all of its $2T in Treasury bonds in a single day.  The bond market collapses, and interest rates spike sharply upwards.  (When interest rates spike upwards, the price of existing bonds crash.  This is why the first picture above shows a down arrow.)  By the way, a permanent loan is merely a garden-variety first mortgage on a standing commercial property with a term of at least five years and at least some amortization.  Twenty-five years is the most common amortization for bank commercial loans. 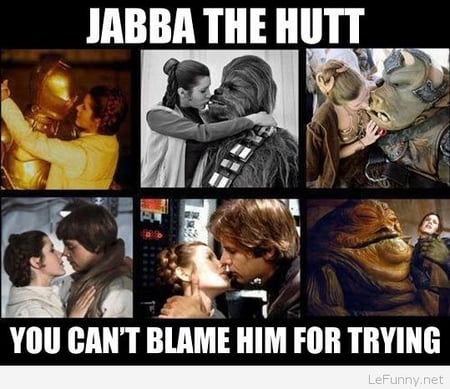 After China dumped its bonds, the current rate for commercial permanent loans from Big Pebble Bank increased to 7%.   Will Big Pebble Bank honor its original quote of 5.75%?  Probably not.  The jump in interest rates is just too big.  Rather than candidly saying, "Interest rates have jumped upwards, so we can no longer make your loan at 5.75%," they will probably find some goofy qualitative reason to turn the deal down, like the bricks on the building are red or the property is on the left-hand side of the street.  A quantitative reason might be that the deal no longer produced a 1.25 debt service coverage ratio at the higher 7% rate.

Now the example above was an extreme one.  What would happen if interest rates merely drifted 0.25% higher during the 65 days that it took Big Pebble Bank to process the commercial loan?  Will the bank likely honor its original quote? 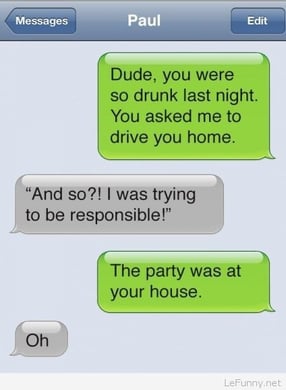 Conduit lenders will NOT lock their interest rates.  Your rate will float with the credit markets while your huge commercial loan is in process.  That being said, most conduits will usually hold true to their margins or spreads.  Let me explain. 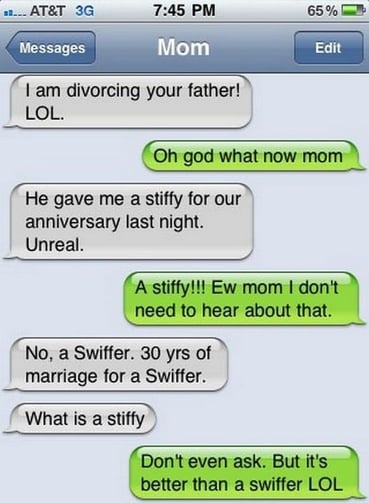 Since the guy swapping his adjustable rate bond for a fixed rate bond is taking a risk, he will normally demand some sort of sweetener to do the deal.  That sweetener is known as a swap spread, and it it expressed as an interest rate.  Today, ten-year swap spreads and ten-year Treasury bonds (also known as the long bond), are about the same value.

Above we mentioned that conduits will NOT lock their interest rate during the 75-day processing period of one of these huge commercial loans.  Most conduits, however, WILL hold true to their proposed margin or spread under most circumstances.  It's kind of a moral thing.  Conduits are not legally obligated to lock in their margins; but unless there is absolute chaos in the market, they will usually not change it.

Occasionally, however, the credit markets will plunge into chaos; and the appetite of bond buyers (pension trusts, insurance companies, family offices, etc.) to buy bonds backed by commercial mortgages will disappear.  For example, suppose English jets sought out and destroyed a Russian destroyer in retaliation for a second poisoning attack on English soil.

When this happens, conduits have little choice but to keep increasing their interest rates until CMBS bond buyers return to the market.  "Dude, we're sorry to do this, but with the chaos in the marketplace, we are going to have to re-price your loan."  In other words, the conduit will only make the big $7.2 million loan if the borrower agrees to an increase in the conduit's margin or spread to 325 bps. 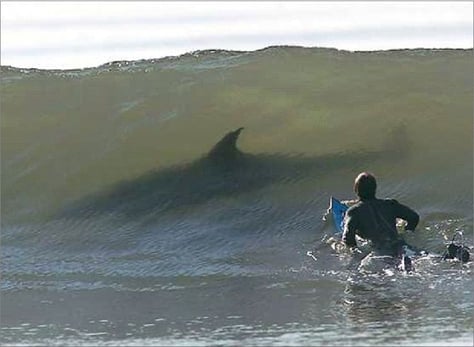 Guys, below you will see some trade offers, where I give you a chance to trade a commercial real estate loan officer worker for a BANK for either a free Regional copy of The Blackburne List, a free commercial mortgage marketing course, or a free copy of my famous fee agreement.  Heavens, guys, you know what a banker is, right?  A banker (NOT a mortgage banker!) works in a big building with a fifty-ton vault, several ATM machines, and FDIC insurance signs all over the walls and counters.  C'mon, guys.  This trade is based on the Honor System.  YOU are NOT a banker.  Please click to view my new Hall of Shame.

A mortgage broker named Nathan traded me ten bankers two weeks ago for my popular nine-hour video training course, How To Broker Commercial Loans.   He was so pleased with the course that he came back today and traded me another ten bankers for my four-hour video training course, How To Find Your Own Private Mortgage Investors.

Do you have a real estate related web site?  You can add a link to C-Loans.com in minutes.  Our software automatically captures the URL from which our commercial mortgage borrowers come.  When a deal closes, we go back to the owner of the website and pay him a referral fee.  We once paid Alan Dunn of Spydercube a referral fee of $21,250 for merely putting a link to C-Loans.com on his website.  He was even sleeping when the referral came over!  Can you imagine that call, "Alan, we've got some good news for you..."  If it were me, I could splash links all over my web pages, maybe three per page.  "Commercial Loans."  "Need a Commercial Loan?"  "Commercial Financing."  Just point these links to C-Loans.com, and you're done. 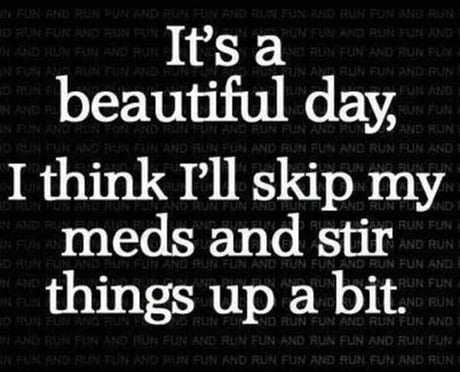 Can I Lock My Rate On a Commercial Loan?

Interest rates on commercial real estate loans are definitely going up.  A reasonable commercial mortgage borrower might want to apply now, rather than wait, especially if he has a balloon payment coming due. 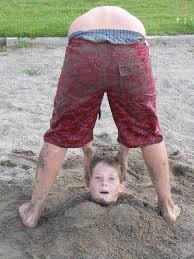 "Put your head back on your shoulders right now, young man,
and don't ever let me catch you taking it off again!" -- Mama

Soooo?  What's the answer.  Can I lock my rate on a commercial loan? 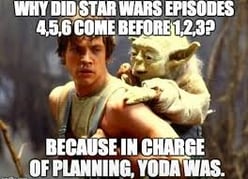 Commercial lenders issue term sheets because appraisals, title commitments, and sometimes toxic reports, are very expensive.  Few borrowers would ever agree to pay for these third party reports, absent something in writing from the lender that is at least morally binding the lender to make the loan.

There are a few exceptions.  Conduits, also known as CMBS lenders, sell their huge commercial loans to securitization pools.  They simply must close their commercial loans at an interest rate attractive to the securitization industry.  Therefore if the bond makets get roiled by some external event, for example, a military coup in Turkey, and investors flee from commercial mortgage-backed securities in favor of less-risky U.S. Treasuries, your CMBS lender may have to re-price your loan; i.e., raise the interest rate.

Do you need a commercial loan right now?  Are you strong financially - bankable or maybe even stronger?  If so, you should submit your commercial loan to our 750 hungry commercial lenders using C-Loans.com.  Our four-minute mini-app is accepted by all 750 of our lenders.  And C-Loans is free!

We recently released a competing commercial mortgage portal - also free - that enjoys four times as many commercial lenders as C-Loans.

You can learn the practice of commercial real estate finance in one long weekend.

We'll trade you the contents of one banker's business card for a free directory of 2,000 commercial real estate lenders.

Do you need a business loan that is not secured by real estate?

Do you have a buddy or co-worker who would benefit from learning commercial real estate finance for free?