Economics:  Bad Idea to Buy French Bonds in 1939 or US Bonds Today 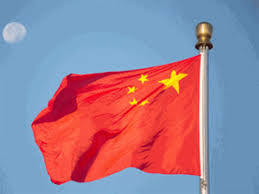 On May 10, 1940, the Germans invaded France.  By June 21st - just six weeks later - France had surrendered.  It kind of reminds of the old joke about how Euro Disney in Paris had to discontinue their nightly fireworks displays.  The local army garrison kept surrendering.  Haha!

What would have happened if you were a French investor, and you had bought French government bonds in January of 1940?  These bonds were probably marketed to you as war bonds. 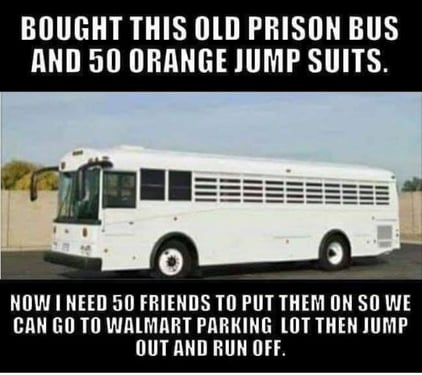 When the French government fell, did your war bonds suddenly become worthless?  I couldn't find the answer on Google; but if these French war bonds retained any value whatsoever, they were probably worth only a small fraction of their original face value.

Did the really smart French investors dump their war bonds before the invasion?  Almost certainly they did.

Since 1945, the U.S. dollar has reigned supreme.  U.S. Treasury bonds were considered the safest investment on earth.  From a pure safety point of view, America was militarily unassailable.  America was protected by two giant oceans, and the U.S. Navy was the most powerful navy on Earth.  No one could touch it.  Until today. 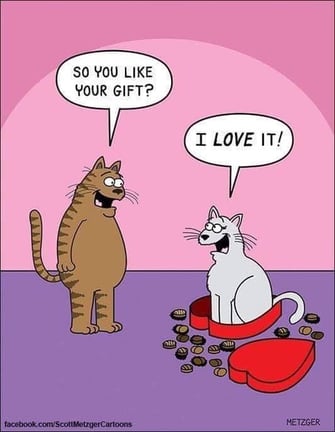 In the meantime, China, Iran, and North Korea were experimenting on, and building, intermediate range, conventionally-armed missiles like crazy.  Now that everyone has nuclear missiles, no country will ever use them, just like no one will ever again use mustard gas.  The upcoming war will be fought with conventionally armed missiles.

For example, over the past 12 months, China has increased its arsenal of mobile DF-26 missiles from 200 to a whopping 350.  These aren't the infamous carrier-killer missiles.  These larger missiles have an even longer range.  The Chinese are calling their DF-26 missiles their Guam killers.  America has a huge Air Force and Navy presence on Guam. 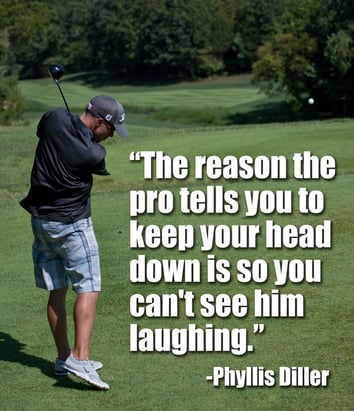 Guam is where our fabulously expensive F-35A fighter-bombers take off, refuel, and rearm.  This week, a high-ranking Air Force general said that our F-35's are too useless to even be considered in war game scenarios.  Their range is so short that can't reach China's missile launchers, and when they try to return, their airfields will have been demolished.  Most of our advanced jets will be annihilated in the opening Chinese missile salvo, and the few that get off the ground and conduct a sortie will never be able to return.

And you can also bet that Chinese subs off the West Coast of America will be simultaneously launching conventional missiles to take out our Naval shipbuilding yards in California and Washington state.

Yes, we will still be able to build ships on our East Coast, but the Chinese will also be attacking the Panama Canal.  It will probably be closed for the duration in the opening hours of the war. 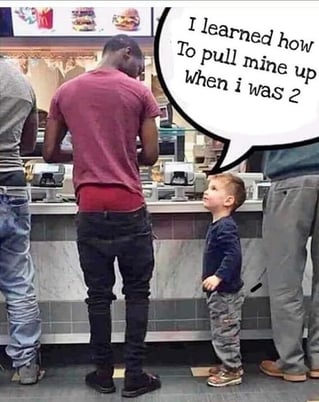 In the opening minutes of the War for Taiwan (in truth, the War For America's Living Space), we will likely to lose some, if not most, of our carriers and capital ships to Chinese DF-21 carrier killer missiles.

"Thank goodness the Chinese have no plans to invade the U.S."  Heavens, I wish that was true.  I recommend that you do NOT read this 2003 speech by a retiring Chinese Defense Minister.

They want our land, and the Defense Minister said it would only be humane to warn Americans to leave the country first.  In his speech, the Defense Minster estimated that 100 million to 200 million Americans would have to be killed.  He even used the Nazi term, Lebensraum - living space. 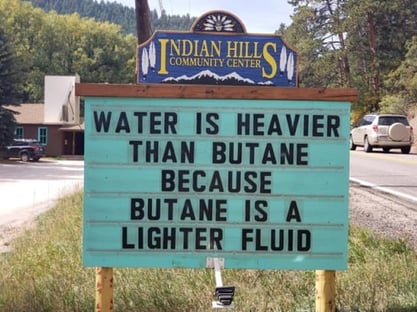 "...In answering the question, 'Will you shoot at women, children and prisoners of war,' more than 80 percent of the respondents answered in the affirmative, exceeding by far our expectations… If these future soldiers do not hesitate to kill even non-combatants, they’ll naturally be doubly ready and ruthless in killing combatants."

Do not read this speech.  It will absolutely ruin your  day.  I only included it so you will not simply dismiss my warnings today as the rantings of a quack.

But today's article is not about the coming war with China.  It's about a sudden 35% collapse in the U.S. dollar.  Hear what Stephen Roach has to say about the risk. 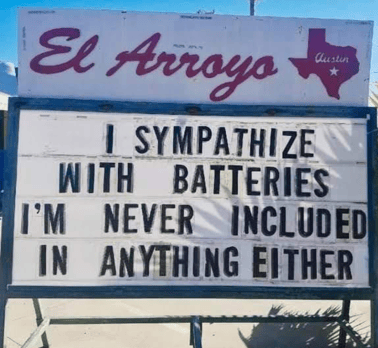 Who is Stephen Roach?  Stephen S. Roach, former chairman of Morgan Stanley Asia and once the firm's chief economist, is a senior fellow at Yale University's Jackson Institute of Global Affairs and a senior lecturer at Yale's School of Management.

When I was growing up, the national business news would convey predictions and comments from Mr. Roach as often as it conveys today those of Jamie Dimon, the current Chairman of JPMorgan Chase.  Stephen Roach is one of the most respected economic scholars in the country.

Roach warns the increased U.S.-China tensions exacerbate his dollar crash call.  Late last spring, he predicted the greenback would drop 35% against other major currencies over the next year or two. 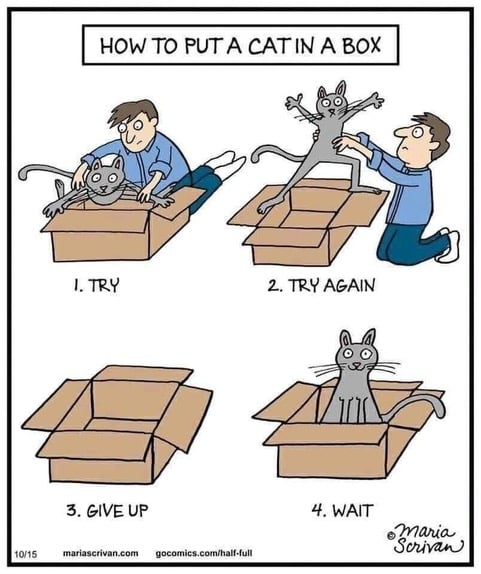 “The dollar moved down sharply in the second half of 2020.  It reversed course in the first quarter of this year (George:  Pandemic flight to quality), and now it’s under downward pressure again,” Roach said.  “It reflects my concerns over the current account deficit in the United States, the unwillingness of the Fed to tighten interest rates for the conceivable future, and then the possibility that Europe may end up having a stronger commitment to fiscal policy than any of us, myself included, thought.”

He’s also concerned the current backdrop with China could exacerbate the danger.

“You add to that pressures on America’s role as a global leader that may be brought into play by frictions with China and there’s still, in my view, considerable downside left for the U.S. dollar,” Roach said.  “You’ve got a real problem here, and it’s one that worries me a lot, and I think the markets are completely ignoring.” 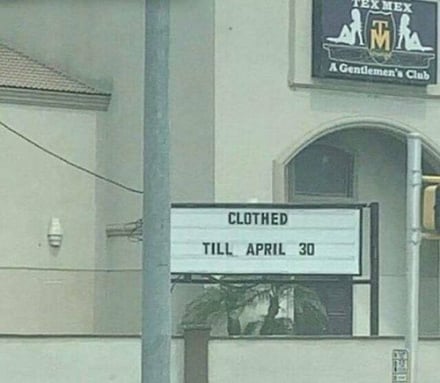 The Point of Today's Article:

Apparently I am not the only one worried about China.

Some Jews were smart enough and/or lucky enough to get out of Germany before the Holocaust.  Some French investors were able to dump their French government war bonds before the Germans marched into Paris.

Do you really want to own Treasury bonds if the U.S. is clearly losing the war with China.  It reminds of that scene in Gone With the Wind, where Scarlett O'Hara's father revealed that he had lost everything in bonds issued by the Confederacy.

The smart money may now be looking at how woefully unprepared America is for the upcoming missile war and is starting to sell some of their dollars.  You can be sure that a 35% decline in the dollar would do the U.S. stock market very little good.

It's mind blowing to start to view Treasuries as potentially risky investments, but there you have it.  If foreign investors ever began to doubt the ability of the American Navy to defend the Pacific Ocean, the Fed would have to buy up all of the Treasuries that they would dump.  To protect the dollar, the Fed would have to sharply increase interest rates.  The U.S. economy would get absolutely hammered. 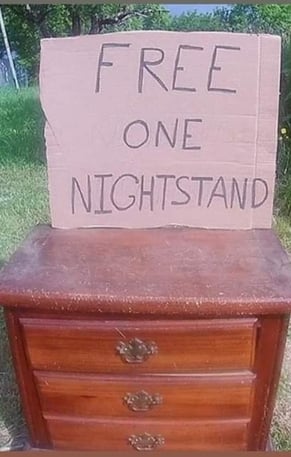