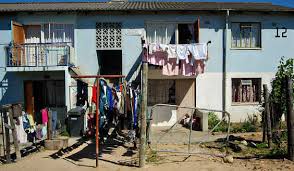 The other day I received an email flyer from a commercial broker trying to sell an apartment building.  The commercial broker boasted that this potential investment offered a whopping cap rate of 14%.  The first thought that passed through my head was that this property was almost certainly in a war zone.

You will recall that a cap rate is simply the return on his money that an investor would earn if he paid all cash for an income property.   It's the Net Operating Income (NOI) from a rental property divided by its Purchase Price (times 100% to express the decimal as a percentage).

Okay, if you were an investor, and all the properties were roughly similar, would you rather earn 5.1% on your money or 14.0%?  Uh... is this a trick question?  Obviously, if all else is equal, investors would greatly prefer to earn the higher return on their money.

But what if you personally had to collect the rent every month, and people were being shot down on a regular basis in that neighborhood?  "Oh.  In that case, I'll take the 5.1% return rather than the more dangerous 14.0% return.  The extra 9% return may not be worth dying for."

True Story:  Thirty years ago I am doing a site inspection on an apartment building in San Jose.  I stepped back to capture more of the building in my camera.  As I did, my foot slipped in a mud puddle... except it wasn't mud.  It was a pool of congealed blood from a fatal knife fight the night before!  The victim's bloody handprints were even visible on a nearby car, as he slid to his death.  Eeuuuu!

Therefore, when I saw the 14% cap rate on that apartment building being marketed, my first thought was, "I'll bet this is a high-crime-rate, high-drug-use area."

Here's another concept I learned only this year.  Just like poor-credit car buyers often have to pay much more for cars than good-credit car buyers, apartment renters in the ghetto often pay more per square foot in rent than far more affluent folks in middle class areas.  Here's why:

Renting an apartment on the safer, more affluent side of the tracks requires a steady job and good credit.  A great many ghetto residents lack a steady job and good credit, so they don't qualify.  They therefore have to  live in an apartment where poor credit will be accepted.  It is ironic, but often apartments in the poorer areas of town will rent for more money per square foot than those in the rich areas.

In defense of the landlords, collection losses from poor-credit renters are often very, very high - as much as 30% to 40% of the scheduled rent.  New tenants may pay their rent for a few months, but then they often stop paying.  These poor-quality tenants next live in the apartments rent-free for 90 to 120 days, as the eviction process slowly inches its way through the courts.  When they finally leave, they often cause far more property damage than the size of their meager security deposits.

Today I am going to share with you an easy way to quickly estimate the value of a commercial property.  It's going to involve a tiny bit of math, but please don't freak out or tune out.  You remember how to divide, right?  Fourth grade math?  You can handle it.  And being able to quickly value commercial property is essential to both commercial brokerage and commercial mortgage banking.

In my prior blog articles about commercial financing, I described a Cap Rate as the return on your money that you would enjoy if you bought a commercial property for all cash.  In other words, what "interest rate" would you earn on your money if you bought an office building or strip center for all cash; i.e., you whipped out hundreds of thousands of dollars from your hidden stash under the floorboards, and you eschewed using any mortgage.  By the way, eschew is just a fancy verb that means to "deliberately avoid using or abstain from."

The formula to compute a Cap Rate is Net Operating Income / Purchase Price = Cap Rate.  If you do the caculation shown in the image above, you actually get 0.0711.  You have to multiply the answer by 100% to get a Cap Rate properly expressed as a percentage.

The following funny pic is a tiny bit naughty.  Read on at your own risk.  :-) 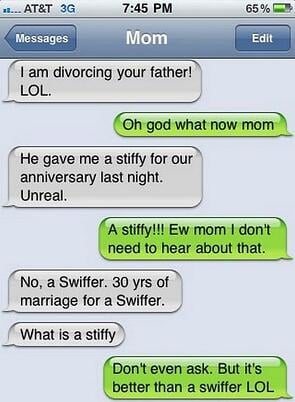 That's enough of a review of Cap Rates.  Remember, the object of todays' training article is to teach you how to quickly value commercial property.

Let's suppose that you are thinking about buying or financing a commercial property, and you want to know what the property is probably worth.   You ask the selling commercial broker for a marketing flier, which usually contains a Pro Forma Operating Statement and the property's net operating income (NOI).

You next make some calls to some local commercial brokers (commercial realtors), and you ask them, "I have a 25-year-old office building in the Kings Town district of Valencia.  What's your best guess at a reasonable cap rate?"  The commercial broker might come back and say, "Depending on the strength of the tenants and the length of the leases, you're probably looking at a cap rate of between 7.25% and 7.75%."  For a quick, desktop valuation, you decide to use a cap rate of 7.5%.

So you now know the property's net operating income (NOI) and the cap rate at which similar buildings are selling.  You can now roughly value the building.  The formula is shown below:

Let's use a NOI on the building we want to value of $237,000 (remember, we got this off the marketng flier) and a 7.5% suitable cap rate (this is the cap rate that the local commercial brokers told us to use).  Plugging and chugging, we have:

So this commercial building is worth around $3.16 million.

Okay, let's do one more example.  The commercial mortgage borrower submits a commercial financing package that contains a Pro Forma Operating Statement.  You pluck off a NOI  of $657,000.  Local commercial brokers suggest a cap rate of 6.75%.  Now we plug and chug:

Remember, we started off today to learn a quick and easy way to value commercial buildings.  This was it. 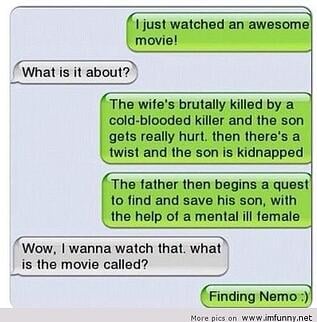 We are now including - at not extra charge - my Intermediate Commercial Mortgage Finance course when you buy for just $549 my famous nine-hour course on commercial mortgage brokerage.

You'll need to know some commercial mortgage lenders.  If you know even one bank that is making commercial loans, you can parlay the contents of that business card into a free directory of 2,000 commercial lenders.

Show me any commercial mortgage company in the U.S., and I'll increase their bottom line by at least $200,000 per year.

This is my second article for commercial loan brokers and commercial investors about cap rates.  In my last article we described how a Cap Rate is simply the return (think of it like "interest") that an investor would earn if he bought a commercial property for all cash.

Algebraically, the Cap Rate is the property's Net Operating Income (NOI) divided by the Purchase Price, multiplied by 100%.  Let's use a simple example to solidify this ratio in your mind.   Let's suppose an investor bought a small, average-quality, office building with a NOI of $50,000, and he paid $700,000 for the property.  Fifty thousand dollars divided by $700,000 is 0.071.  (Remember that Cap Rates are computed without regard to any commercial loan placed on the property.)

Not every investor will be satisfied with the same Cap Rate.  Let's go back to the above example, and now let's assume that a wealthy business owner is leasing one of the six office suites in the building.  In addition to partially-occupying the building, this wealthy business owner lives just five minutes away.  He likes the short commute, and he fears that he might someday be forced to move.  When he hears that the office building has been listed for sale and that an offer to buy the property has already been made, the wealthy business owner submits a competing offer for $740,000.

Just for practice, let's compute the wealthy business owner's new Cap Rate.  Fifty thousand dollars in Net Operating Income divided by the higher, $740,000 purchase price gives us 0.67.  Multiplied by 100% gives us a 6.7% Cap Rate.  Obviously the second guy's Cap Rate is lower because he paid $40,000 more for the same $50,000 worth of Net Operating Income.

So what are some common Cap Rates on average-quality buildings in middle-income areas?

Here are some general rules about Cap Rates:

We can therefore tell a lot about a building, just by its cap rate.  For example, if you tell me that I can buy an apartment building at a 14% Cap Rate, I would pretty much bet that the area suffers from pervasive drug use, a high crime rate, and gang violence.

If you tell me that an industrial building just sold for a 7.0% Cap Rate, I would bet that the property is less than seven years old, has tall ceilings (important to a modern warehouser, who stack pallets very high), and a stronger-than-average tenant.

If you tell me that an office building just sold at a 5.0% Cap Rate, my bet is that the office building is located in an upper-income downtown area with virtually no vacant land within a mile (prevents competing buildings from being built).

You can subscribe to this free training blog in commercial real estate finance (CREF) by typing in your email address under my ugly picture above.