Economics - Are Large U.S. Banks About to Collapse Due to CLO Losses 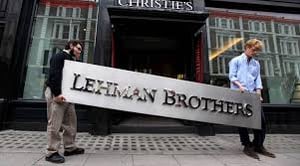 Last week I wrote a well-received article about commercial real estate CLO's.  Thank you for all of your positive and kind comments.

Trust deed investors can be very aggressive right after a financial crisis, after real estate values have already plunged by 45% and finally found a bottom.  Examples of financial crises include the S&L Crisis, the Dot-Com Meltdown, and the Great Recession.

But when it has been ten to twelve years since the last financial crisis, the wise trust deed investor should dial back his aggressiveness on his loan-to-value ratios.  He should be content with lower yields in order to compete for safer deals. 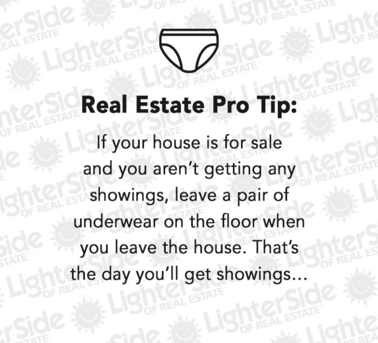 Then I read yesterday the most important article about the economy that I've read in five years.  It was an article in the Atlantic Magazine entitled, Will the Banks Collapse?  I strongly urge you to read the full article.

The gist of the article is this:  America's largest banks are in serious danger.  They have a poop-ton of money invested in CLO's - even more than they had invested in subprime mortgages in 2007.  These investments could easily evaporate, and the losses would wipe out 50% to 80% of their capital - the dough they've retained to act as a protective buffer against loan losses and which protects depositors.

What's so wrong with CLO's?  First of all, in order to distinguish between commercial real estate CLO's (which are fine) and the troubled CLO's backed by junk bonds, I am going to call the latter, junk bond CLO's.

Normally big corporations, when they need money, can either borrow from a bank or issue bonds in the corporate bond market.  Corporate bonds with a maturity date of less than 270 days are known as commercial paper.  The commercial paper market has little appetite for bonds rated BB or lower, which we know as junk bonds.

These high-yield junk bonds are instead bought up by companies in the CLO business known as asset managers.  There asset managers bundle them into portfolios, create different tranches (slices of the portfolio which take different levels of risk), get the various tranches rated by a rating agency (Moody's, Standard & Poor's, etc.), and then sell off these rated bonds to institutional investors.  The high-yield bond market is also known as the leveraged loan market. 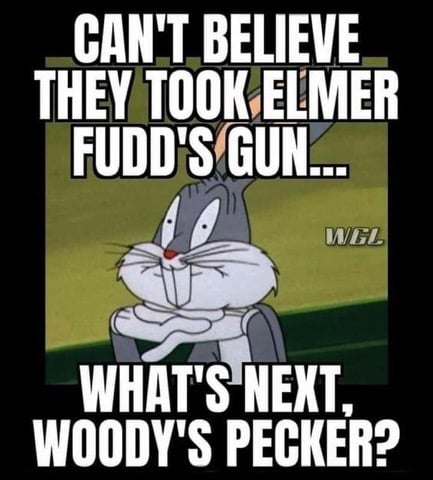 The riskiest tranches offer sky-high yields, but they will be the first to absorb any losses in the portfolio.  The lowest-yielding tranche, however, will often be rated AAA. Think about that.  You have a collection of junk bonds, issued by companies which are sometimes close to bankruptcy, and yet somehow some AAA-rated bonds magically emerge.

About now, some of you may be asking yourselves, "Hey, wait a minute.  I think I've heard this song before."  Yup.  These are the same shenanigans that took place in the years leading up to the Great Recession with subprime mortgages.  As Dr. Phil might ask, "How did that work out for you?"

"The main reason CLOs have been so safe (in recent years) is the same reason (why) CDOs seemed safe before 2008.  Back then, the underlying loans were risky too, and everyone knew that some of them would default.  But it seemed unlikely that many of them would default at the same time.  The (subprime residential) loans were spread across the entire country and among many lenders.  Real-estate markets were thought to be local, not national, and the factors that typically lead people to default on their home loans—job loss, divorce, poor health—don’t all move in the same direction at the same time.  Then housing prices fell 30 percent across the board and defaults skyrocketed."

Right now the U.S. economy is reeling from the coronavirus and the lockdown.  Name brand companies are filing for bankruptcy or closing stores in big bunches.  The default correlation today is far from low.  The Coronavirus Crisis has depressed the economy so badly that we are having a tidal wave of corporate defaults.  The losses in junk bond CLO's are likely to wreck havoc, even in the the AAA tranches of large CLO's. 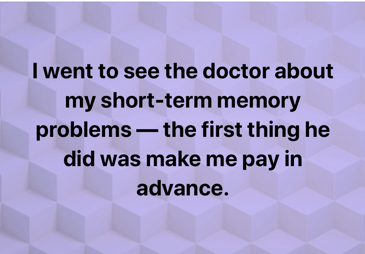 Now let's add a few more incendiary goodies to our explosive mix.  We still have not seen the wave of articles in the financial press talking about declining worldwide sales of raw materials and goods to China, the world's number two market.  China was hurt pretty badly by the Coronavirus Crisis and the resulting worldwide condemnation.  I can't imagine too many companies moving their manufacturing plants to China now.  Then we have China's contracting money supply, when banks continue to rake in loan payments but fail to recycle the money into new loans.  So far China has successfully covered up their declining GDP, but sooner or later investors will realize that China is reeling.

Then we have the Presidential election.  It is looking more and more likely that Donald Trump could lose.  The left controls most of the press, so Mr. Trump could make a tough but probably wise decision (like encouraging governors to re-open their states before the U.S. economy completely cratered), but the liberal press would simply characterize the act as both the act of a dictator and as a failure of leadership at the very same time.  Haha!

With the coronavirus still active, Trump can't bypass the press by holding huge rallies, like he did in 2016.  Perhaps the final nail in Trump's coffin was when Twitter and Facebook began censoring and censuring his posts and political ads.  When it becomes clear that Trump might lose, the markets are not going to like it.

The only good news is that the Fed is flooding the markets with trillions and trillions of dollars.  The Fed is even buying up a bunch of junk bond CLO's.  It has often been said, "Never fight the Fed."  But what happens after the election, when the spigot of money is tightened?

My recommendation is to watch the price of gold.  Gold goes up, not so much during periods of inflation, but rather when investors lose confidence in the ability of corporations to make the payments on their bonds.  Unlike bonds, gold cannot default.  It will never go to zero (because women look so gorgeous wearing it).  I urge you to look at gold prices as the canary in the coal mine for the coming financial crisis. 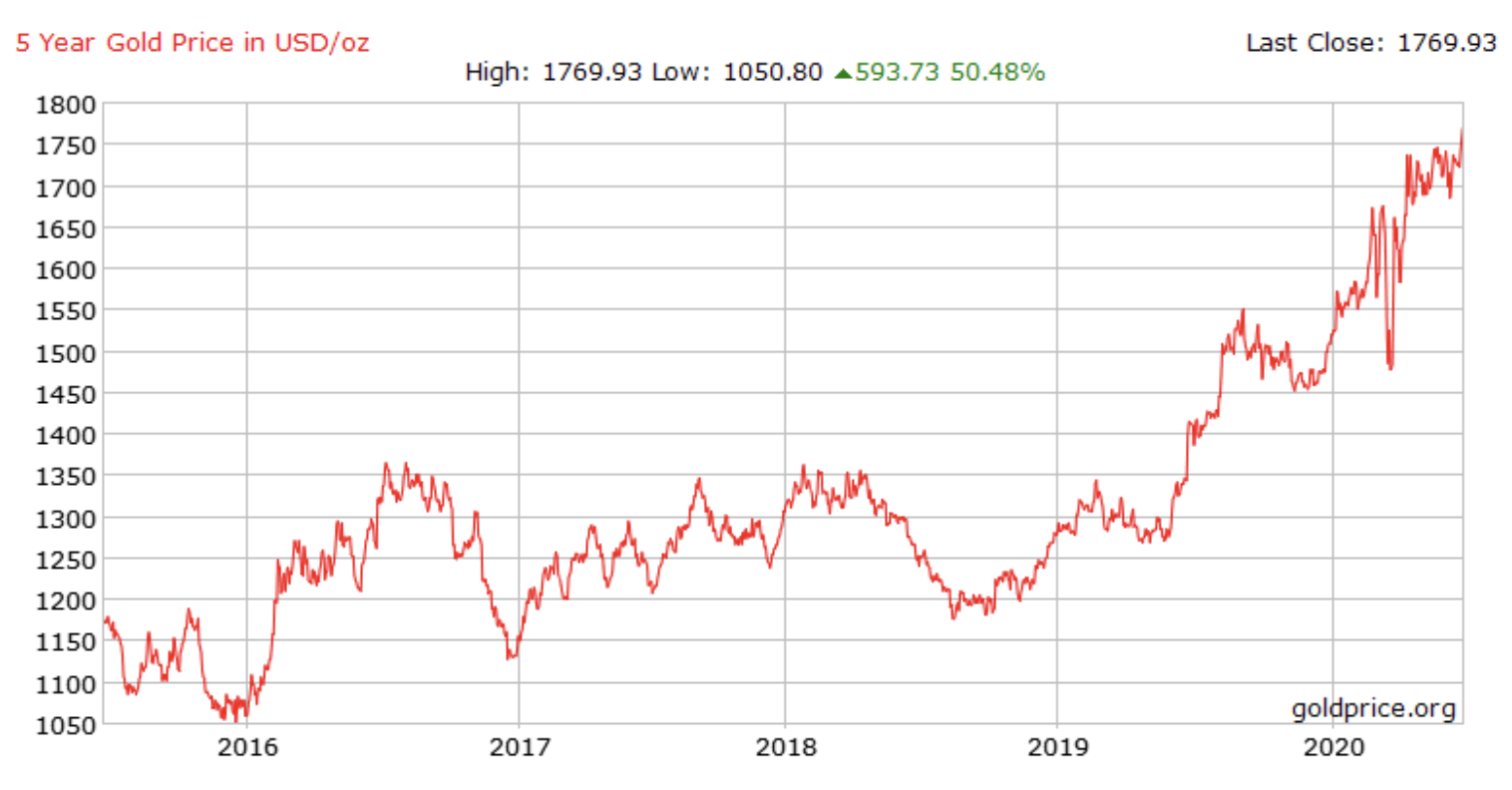