Securing a Commercial Loan on a Liquor License

The picture above is an old-time bathtub still used to make gin during Prohibition.  My son recently asked me to write a blog article on how a hard money lender like Blackburne & Sons goes about securing a first lien on a liquor license when making a commercial loan on a restaurant or a hotel.

I confess that I am an absolute idiot on the subject, so you must not rely on this article; however, I did find some good material on the subject on the internet.  I have plagiarized shamelessly, but I have tried to give credit and a valuable link to the more knowledgeable folks who wrote the following wonderful articles. 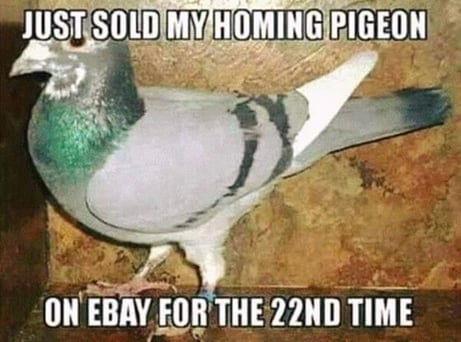 LendingTree has a fabulous article on How to Get a Liquor License in All 50 States. They start out answering the question, “What is a liquor license?”  There is far more to it than just being allowing to sell the gin you make in your bathtub.  See photo at top.

“A liquor license enables your business to sell alcohol for on- or off-premises consumption.  States usually offer licenses based on the business you’ll run and the type of alcohol you want to sell.”

“The application process for how to get a liquor license can take anywhere from a few days to months.  License fees vary greatly from state to state, with some charging just a few hundred dollars and others putting licenses up for auctions that can bring in more than $100,000 for a single license.  Some states require that businesses begin the process with their city or county, which may charge its own fees.  If you sell alcohol without a license, local or state authorities could fine you and/or suspend your license.” 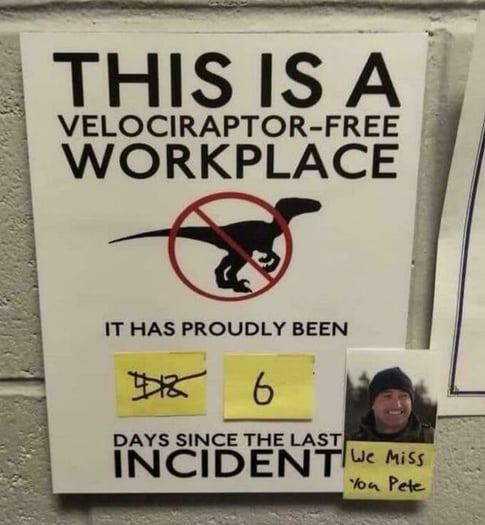 “Most states have a commission or group that provides liquor licenses. The typical process requires you to fill out an application and await approval.  However, some states may ask you to publicly post your application and then appear in a hearing that includes public comment.  Others that have quotas on the total number of liquor licenses enter you into a lottery, and some put their licenses up for auction.  In some cases, you might have to find a license through a private sale.”

“Whichever the case, you’ll need to provide documentation regarding the type of business you want to run (restaurant, bar, distillery, brewery, etc.); which alcohol you want to sell (beer, wine and/or spirits) and an application fee that’s separate from the fee you pay for your license.  Even once you’re approved, it’s likely you’ll have to renew your license on a regular basis."

"All licenses usually fall into one of two categories: on-premises and off-premises.

On premises: These licenses are for businesses that sell alcohol that people drink at, for example, a restaurant’s indoor or outdoor seating. You’ll find that most states have separate licenses for restaurants, bars, breweries and brewpubs.

Off premises: Usually reserved for grocery stores, package stores, wineries, breweries and distilleries, this type of license allows you to sell alcohol that customers drink elsewhere. In most cases, you’ll need to apply for a license specific to the type of alcohol you’ll sell."

The wonderful article on LendingTree goes on to describe exactly where to apply for a liquor license in each of the fifty states.  Wow.  That is great reference tool. 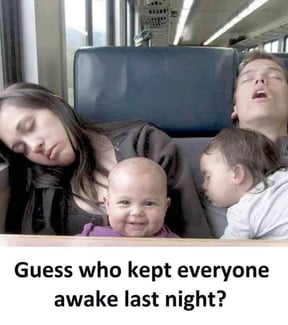 The real money is in loan servicing income.
You can just hire a sub-servicer.

How to Secure a Lien on a Liquor License:

The law firm, Starfield & Smith, has a great article about how to secure a lien, if it is even possible, entitled, Best Practices: Liquor Licenses as Collateral.  Here is what they have to say:

“There are a number of occasions where a SBA lender (George: …or a hard money lender) may wish to lien a liquor license as part of its collateral.  Not only may a liquor license be a valuable asset of the borrower, but also SBA (regulations) require Lenders to take a first security interest on all assets financed with 7(a) loan proceeds.”

“Some examples of loans that may involve a lien on a liquor license include the financing of a hotel with a restaurant that serves alcohol, or the acquisition of a liquor, convenience, or 'package' store.  In these scenarios, it’s important to understand that many states prohibit the holder of a liquor license from pledging it as collateral for a loan.  In addition, many states do not allow liquor licenses to be transferred or assigned from the original licensee to another person or entity.” 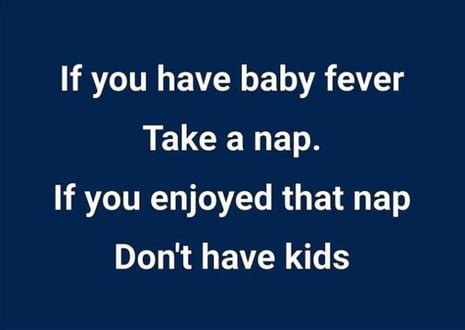 “Determining whether a liquor license may be subject to a lien and whether it can be transferred or assigned requires a state-specific analysis, which may entail a close review of the applicable state statutes, local county regulations and case law.  For this reason, lenders should investigate as early as possible in the loan process whether a particular state allows a liquor license to be liened and/or transferred.”

“Assume, for example, a lender is extending credit in Arkansas to a borrower that will have a liquor permit.  The Arkansas statutes governing alcoholic beverages clearly state that liquor permits “shall not” be pledged as collateral for a loan, nor may they be transferred or assigned.  Accordingly, the lender in this instance would likely remove the lien on the liquor license from the collateral section of its Credit and Authorization, as the license cannot be pledged or sold.”

“By contrast, in Massachusetts, “a [liquor license] may be pledged by the licensee for a loan, provided approval of such loan and pledge is given by the local licensing authority and the commission.”  Massachusetts law also allows the transfer of a liquor license with approval from the local licensing authorities.  Consequently, a lender working with a Massachusetts borrower/licensee is likely to include a security interest in the liquor license in its collateral section of its Credit and Authorization, and then seek the required local approvals and proceed to perfect the lien.” 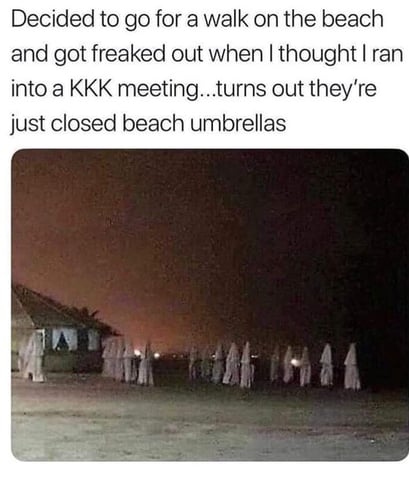 “If a lender finds that a borrower cannot pledge its liquor license as collateral, there “may” be a workaround if licenses are transferrable in that state.  In New Jersey, for example, a liquor license cannot be pledged to a creditor, but it may be transferred if approved by the issuing authority, depending upon the circumstances.  Balancing the risks of state vs. SBA compliance, some lenders attempt to indirectly secure access to a borrower’s liquor license by taking a pledge of the ownership interest in the entity that holds the license.”

“For example, if the borrower is a limited liability company (“LLC”), the lender could take a pledge of the borrower’s membership interest in the LLC.  (Lender would file the appropriate UCC’s to secure the membership interest.)  In a default situation, a lender “may” be able to exercise its secured rights under the pledge and take ownership and control of the entity that holds the liquor license.  Presumably, then, the lender could seek approval to sell the license and collect the proceeds of that sale."

"However, other lenders in New Jersey take a more conservative approach. These lenders believe that a sale of the ownerships interest under the pledge constitutes a violation of the states; Alcohol Beverage Act, and the transfer of the lender interest to a third party without the borrowers consent would be rejected as an improper transfer.” 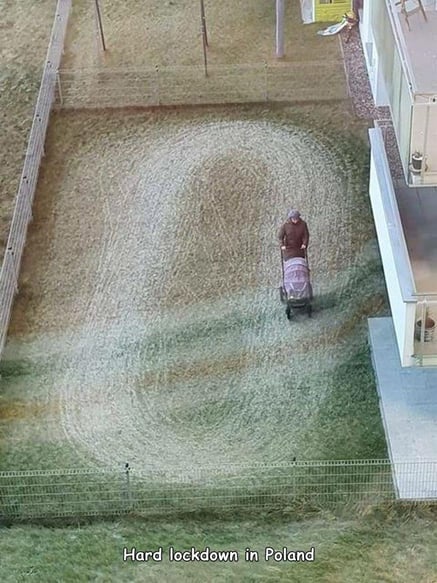 "Again, the laws governing the pledge and transfer of liquor licenses are very state specific and require careful research and analysis.  Lenders should evaluate their options as early as possible and modify the collateral sections of their Credits and Authorizations to reflect the interests available in a borrower’s liquor license under a particular state’s laws.  For more information regarding liens on liquor licenses, contact us at (215) 542-7070 or at info@starfieldsmith.com."

"Bankruptcy can also be serious issue when trying to liquify (turn into cash) a lien on a liquor license.  An interesting website called PocketSense, in their article, Can a Lien Be Put on Liquor License, explains the bankruptcy issue.

“In many states, a liquor license is a valuable commodity, worth hundreds of thousands of dollars.  For restaurant and bar owners in these states, the license is their most valuable asset, in part because some states restrict the number of licenses available and allow licencees to buy and sell them. It is at times used as collateral for loans. Whether a lien can be attached to a liquor license is a matter of state law, which can, at times, be complicated by federal bankruptcy law.” 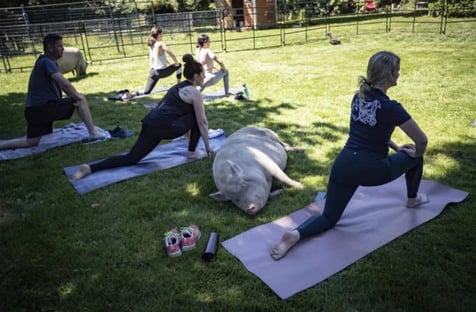 “While in many states, the liquor license is an asset, other states view holding a license as a privilege.  Licensees might be subject to background checks, and people of poor moral character might be barred from the privilege of holding these licenses.  No matter how much they are worth, these states might forbid creditors from placing liens on liquor licenses.  Even states that view the licenses as property might require background checks, so consult a lawyer.  States that consider liquor licenses to be privileges might consider them to be intangible property.”

“Whether your state views a license as a privilege or an asset, the Internal Revenue Service has different views.  If a person owes back taxes, the IRS considers whether the licensee has rights under state law.  Therefore, the IRS might be able to place a lien on a liquor license even if state taxing authorities and business creditors cannot."

I think I may tell my own commercial loan staff to always include the liquor license in the Security Agreement and the UCC-1, even in a privilege state.  It seldom hurts to have a colorable claim on the license.  A colorable claim is one that is plausible.

Then I think I will have my staff call the particular state licensing board – using the wonderful LendingTree article above to find the agency name – to see whether we can get formal permission, without having to spend a million dollars in legal fees and without having to endure weeks of delay.  If absolute perfection is impossible, unlikely,  or financially infeasible, we would need to disclose the extra risk to our investors. 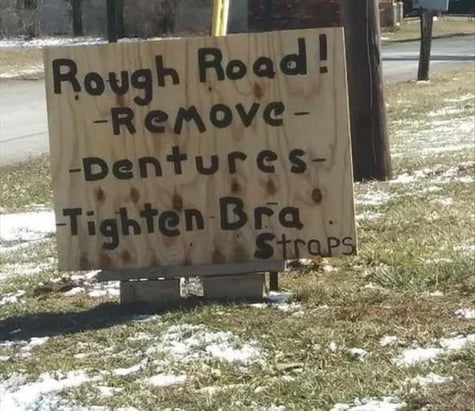