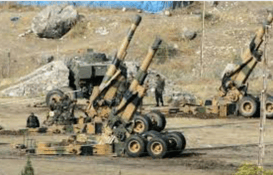 Wandering inside a pet store, I stopped in front of a birdcage to admire a parakeet.  We watched each other for a few minutes before it asked, “Can’t you talk?”

Ukraine is Losing the War

We have all relished reading the frequent articles about how the brave Ukrainians, using just anti-tank and anti-aircraft missiles, are devastating the once mighty Russian Army.  Certainly the Ukrainian propaganda industry is waging a brave struggle to maintain the morale of its people. 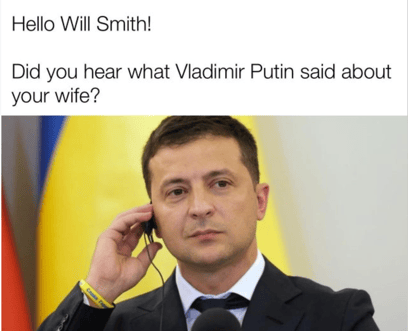 In truth, however, is that whole Ukrainian towns and cities have been reduced to smoking ruins.  You could be the bravest soldier in the whole wold, but there is no defense to an artillery barrage.  Those inexpensive howitzer shells are heartless, and they tear bodies from limb to limb.  If you go underground, the Russians collapse buildings on top of you.

The U.S., when it invades, first sends in their stealth fighters to destroy the enemy's air defense batteries.  After they are knocked out, the aerial attacks begin, taking out bridges, ammo dumps, military bases, and command and control centers.  American missiles are very accurate, but they are also very expensive.  Finally, the U.S. sends in our infantry, our tanks, and our artillery.

Russia wages war in a far cheaper manner.  They use their tanks to take territory, and then the Russians advance their artillery pieces, hundreds of them, to pound the enemy cities to rubble.  At the end of World War II, when Russia invaded Germany and attacked Berlin, the Russians were said to have had tens of thousands of howitzers, aligned wheel-to-wheel, stretching for miles.  For miles! 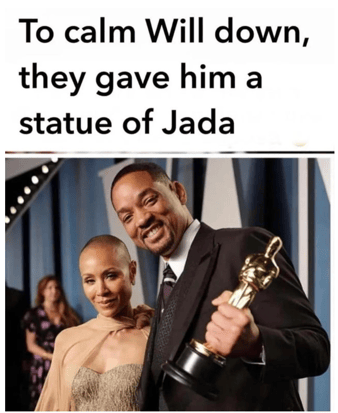 Russia has not been using its best tanks either.  Most modern tanks have reactive armor, which fires off an explosive charge, the moment before impact, to destroy incoming missiles.  The tanks the Russians have been using are their old, obsolete tanks, which have no reactive armor.  In the meantime, the Ukrainian are burning through thousands of expensive anti-tank missiles.  The West does not have an unlimited supply of these advanced anti-tank missiles, and NATO stockpiles are dwindling.

Like the rebel cities in Syria, the cities of Ukraine are doomed because the Ukrainians lack the means to reach those Russian howitzers - which fire relentless salvos of cheap, high-explosive rounds - from ten to twenty miles behind the lines.  It sucks.  Perhaps the Russians are not completely inept.

If 4,000 Russian nuclear missiles are currently headed towards the United States, kindly disregard this article. I was an idiot.  Haha!  Otherwise, one could make a good argument that Putin’s botched invasion of Ukraine may have just prevented World War III.

But right now, China has more economic problems than Carters has pills. Their real estate and construction industry, which used to contribute 29% of their total GDP, has hit a brick wall, due to over-building.

China has made so many military threats against its neighbors that war with the West began to look almost inevitable.  Who wants to rely on parts and products from a country that might soon be subject to a blockade?

The real money in this business is in servicing fees.

As a result, companies worldwide have started to move their parts manufacturing facilities to other countries, like Vietnam, Bangladesh, and Thailand. Opening a manufacturing plant in China is now almost viewed as unpatriotic.

China has driven into retirement twenty of their largest entrepreneurs - their great capitalists, like Elon Musk - all for the sin of becoming too rich.  By becoming Soup Nazi’s about COVID, they have shut down huge manufacturing centers, forcing even more worldwide companies to find alternative suppliers.

China has also destroyed its own own access to the international investment banking community.  "China is uninvestible, in my opinion, at this point," the bond king, Jeffrey Gundlach, recently told Yahoo Finance.  Hong Kong and U.S.-listed Chinese stocks witnessed their worst selloffs since the Great Financial Crisis. 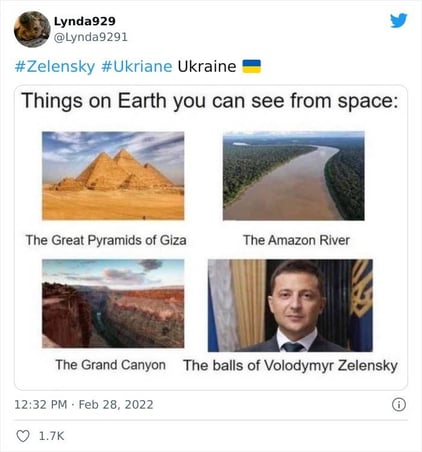 Economically, China is screwed.  Personally I think we have already witnessed Peak China.  So what will President Xi of China do when his people start protesting their declining economic prosperity?  His plan used to be that he would rally his people to attack Taiwan. There’s nothing like a good war to defuse civil unrest and to get citizens to rally around the flag.

The U.S. would likely defend Taiwan, especially if China sank some of our carriers in the opening minutes of the war.  That war might have lasted for decades, and there is no guarantee that the U.S. would have won.

Finally we get to my point.  As horrible as Putin’s invasion of Ukraine has been, the invasion has opened the eyes of China’s leadership. (1) Complete economic sanctions can devastate your economy.  (2)  Your precious trillion-dollar foreign reserves can be seized in an instant.  (3)  That huge hoard of gold you keep with the New York Fed?  It’s not there.  It was sold off or loaned out decades ago.  (4) Lastly, inexperienced troops perform very poorly in combat.

One reason why so many Russian generals are getting killed is because they have to get right up there at the front, showing the troops how to perform the most mundane of attacks.  (We have also been hacking their unencrypted cell phone calls.)

Two-thousand years ago, the battle-tested Roman Legions were usually outnumbered at least three-to-one when they fought barbarians, but their superior training, tactics, and experience would usually produce wildly one-sided body counts.

The Chinese Army is far less effective than the Roman Legions.  When China invaded Vietnam in 1979, China’s Army performed so poorly as to be embarrassing.  To this day, China’s military leadership is also keenly aware of the fact that the Chinese Army has very few experienced NCO's and veterans.  The poor performance of the Russian Army has to remind them of China’s own military weaknesses. 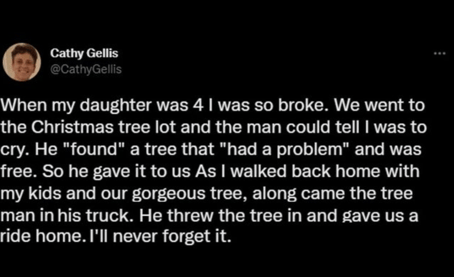 So will China still invade Taiwan in the Spring of 2023?  I used to think that the invasion was inevitable.  Now… maybe not.  But to those of you who think that a conventional World War is out of the question, I say to you, “History does not always happen to the other guy." 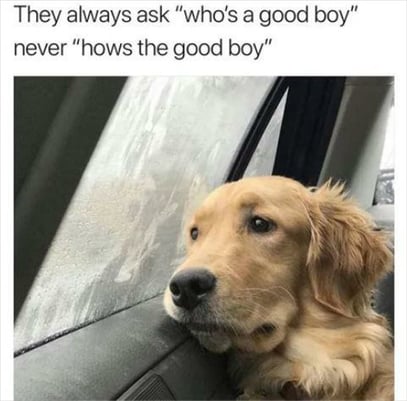