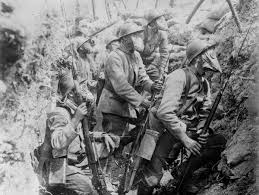 If the world's money supply starts to contract again, like it did in 2008, commercial real estate investors and those of us in the commercial loan business are going to be painfully affected

First of all, please grasp the concept that the biggest risk facing mankind is not global warming, a nuclear war, a conventional world war (World War III with no nukes), or some new viral pandemic.

No, the biggest risk facing mankind - because it is far, far more likely - is another global deflationary depression. 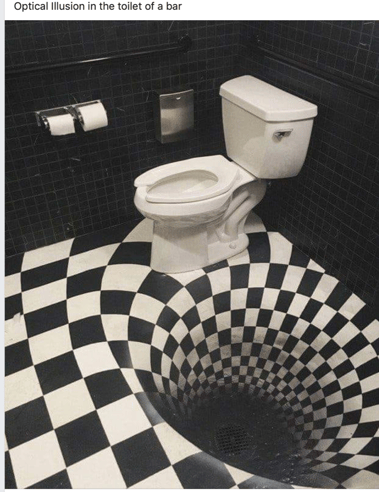 Imagine a world where huge corporations go bankrupt by the thousands, where the unemployment rate soars to 40%, and where one-hundred-million Americans wander listlessly like Zombies, trying to survive on the tiny Welfare payments provided by the government.  This is what a deflationary depression looks like.

Here's how it works.  The Fed, for example (it works the same way in the EU), buys $1 billion worth of Treasury bonds from Bank A.  Suddenly Bank A is flush with cash, and it needs to put that cash to work.  It is required to keep $50 million (5%) in reserves, and then it loans out the remaining $950 million to Advanced Missile Devices, Inc. 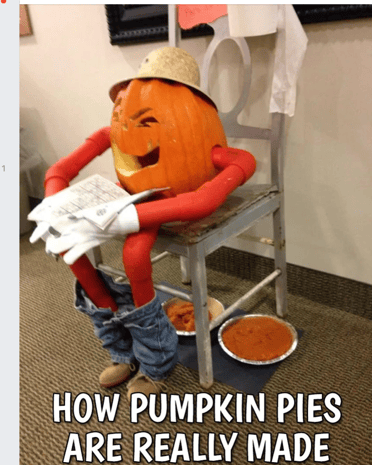 By the way, I am so convinced that a missile war with China will happen in the next 3.5 years that I just moved 20% of my retirement account into the stock of six U.S. missile manufacturers - Lockheed Martin, Raytheon, Northrup Grumman, Boeing, General Dynamics, and United Technology.  As I see it, we don't actually have to go to war for these investments to pan out.  America's is now embarking on a crash missile development program.

Did you know that China now has new air-to-air missiles with almost twice the range of our our best air-to-air missiles.  They will be able to shoot down our jets long before we even get into range.  It's kind of like the English long bow versus the French crossbow.  Heavens, I pray that a shooting war doesn't develop with China.  They would probably win, even without Russian, North Korean, or Iranian help.  We are very, very far behind in missile technology. 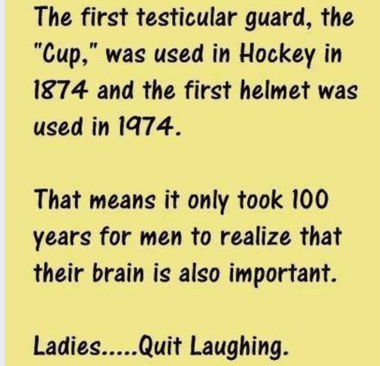 The authority of a bank to loan out money entrusted to its care is known as fractional banking.  Banks don't have to keep their deposits just sitting in their vaults, like an old-time goldsmith.  They are allowed to lend it out, as long as they keep a fraction (about 5%) in reserve.

This money-creating phenomenon is known as the Multiplier Effect, and it has been going on for hundreds of years.  The Multiplier Effect is not some capitalistic evil.  By creating new money that needs to be invested somewhere, newly created bank money has helped to finance huge technological advances, like canals, railroads, billion dollar computer chip manufacturing plants, and Elon Musk's new giga-factory for car batteries. 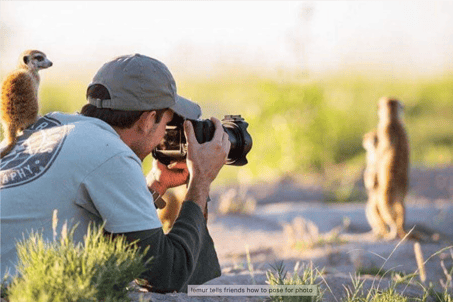 Not scared yet?  Banks have outstanding about $6 trillion in loans.  If we assume an average annual interest rate of 6%, this means that every year $360 billion flows back to the banks in interest payments.

Now let's suppose the banks get scared, and they only lend back out $160 billion.  Wearing helmets and World War I gas masks (see picture above), they hunker down in their financial bunkers, hoarding the remaining $200 billion in loan payments. 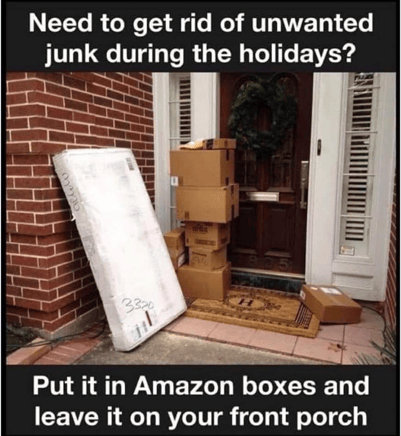 Get ready for it... twenty times $200 billion is $4 trillion dollars!  This is what happened in 2008.  About $4 trillion disappeared from the U.S. money supply in abut one year.  Ouch.  Not coincidentally, this is about the size of the increase in the Fed's balance sheet during the Great Recession.  By buying up trillions of dollars worth of outstanding Treasuries, the Fed was able to re-inflate the U.S.money supply.

Okay, so you now see the danger of a bank slowdown in lending - horrible deflation.

Finally the Point of Today's Article:

Why?  Lower interest rates squeeze bank margins, meaning they have less money to build their capital reserves.  Capital reserves are the funds the owners of the bank chipped in to create the bank originally and the profits from prior years that the owners left in the bank in order to grow the bank.  They are the reserves of the bank to cover future losses.

Negative interest rates reduce bank lending?  It's as if gravity just got stronger. 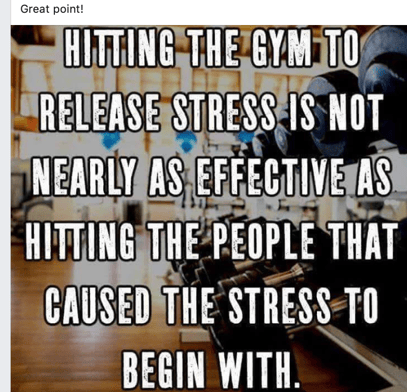 European Corporations Getting Paid To Take a Commercial Loan 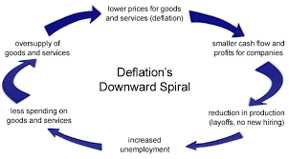 Deflation is a very serious threat in Europe.  The problem with deflation is that once it takes root in the minds of consumers, they start to put off their purchases of cars, houses, and other big ticket items.  Why buy a car today when it will only be cheaper next year?   As borrowers procrastinate, sales fall off for manufacturers.  Manufacturers respond by laying off workers, which reduces demand even more, which leads to even more falling sales and layoffs.  Deflation has the potential to become a death spiral for an economy.
To combat deflation, the European Central Bank (ECB) has been engaged in quantitative easing, just like our own Federal Reserve Bank.  The ECB has been buying up enormous amounts of the sovereign debt issued by European countries, like Germany, France, Italy and Spain.  This is a big part of the reason why there is now $10 trillion worth of worldwide sovereign debt (Germany, Japan, Switzerland, Sweden, etc.) that has a negative yield.

Huh?  What?  I was dozing off.  George, did you just say negative yield?  No way.  You're pulling my leg.  I am absolutely serious.  If you bought a 1% German bund (10-year German bond) two years ago, so many life insurance companies, pensions trusts, endowment funds, and other trusts are anxious to buy that bund from you that the buyer would pay a premium for it.

A premium occurs when the buyer of a note, bond, or mortgage pays more than the face value.  For example, suppose your client just sold an apartment building for $1,000,000.  The buyer put down $450,000 in cash, and the seller carried back a first mortgage of $550,000 at 9%.  Because that first mortgage note is so safe and because that 9% rate is so high, an investor might be willing to pay $605,000 for that $550,000 mortgage.  That extra $55,000 is called a premium.
Why would an investor pay a $55,000 premium for that first mortgage note?  Because the investor might only be able to find comparable, bank-quality, commercial first mortgage notes at just 5% elsewhere.  Every year the buyer of that mortgage will earn an extra 4% in interest.  Over the ten-year term of the note, the buyer earns far more in extra interest than the $55,000 premium he paid.
"Okay, George, let's get back to this 1% German bund.  I can see why someone might pay a tiny bit of a premium for a 1% German bund, if 1% was a higher rate than the investor could earn elsewhere (with the safety of a German bund), but you said something earlier about negative yields.  Why would any one want to bid up the price of a German bund so high that it produced a negative yield?  That's flippin' nuts.  Just stick the money in a bank."
The thing about a trust is that the trustee must exactly follow the instructions in the trust agreement.  Pension plans and endowment plans (for example, money donated to a school by alumni) are trusts.  Most trusts require the trustee to maintain some percentage of the corpus (body of the trust; i.e, the dough) in AAA government bonds.  The trustees have no choice.  They simply must buy them, regardless of the cost - even if that means that the trust earns a negative yield.  Unbelievable, huh? 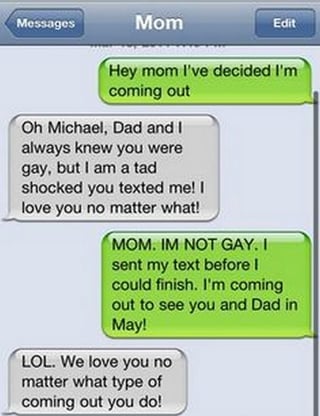 We took a slight detour.  Let's get back to the European Central Bank and its vast purchases of European sovereign bonds.  The ECB can't buy up every soverign bond in Europe; otherwise, the trustees of all of the various trusts would have to breach their fiduciary duty.  The ECB has to leave some soverign bonds for the public to buy.  That's why the ECB is limiting itself to 70% of the sovereign bonds of any one country.
Now remember, the way that the money supply of any country grows is when their banks use their liquidity to make new loans, including commercial loans.  Liquidity is just a fancy world for excess dough sitting around unused.
Okay, but what happens when European banks have little appetite to make additional commercial loans?  What can the ECB do to inflate the money supply, at least enough to prevent outright deflation?  The ECB can't many many more German bonds, for example, if they already own 69% of all of Germany's outstanding bonds.  Yikes.
Now we finally get to the astounding news:  In order to force new money into the European money supply (to prevent deflation), the ECB has started buying up AAA and AA rated bonds issued by large European corporations, companies like the German industrial giant, Siemens, or the British pharmaceutical company, GlaxoSmithKline.  The yields on these highly-rated corporate bonds just went negative this quarter.  Siemens can now borrow $50,000,000 for two years, pay no interest at all, and pay back just $49,985,000 two years later.
Wow.  May you live in interesting times.
Remember, be on the lookout for the business card or the contact information of just one banker making commercial loans.

When you register on C-Loans, we'll send you a free Commercial Loan Underwriting Manual that we sell for $199.

Is some bank running you around?

Are you a loan officer at a commercial bank or credit union?  Sorry guys, only them.

Got a commercial loan request that deserves a loan from a life company, conduit, or bank?

Got a buddy or a co-worker who would benefit from learning commercial commercial real estate finance?