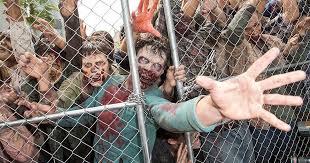 The following annual Christmas letter went out to all of our 1,300 wealthy private investors this week.  I hope you get a kick out of it too...

Fortunately, the walkers were held back by a police barricade, but this did not stop them from snarling, gnashing their Zombie-like teeth, and reaching out for our delicate flesh with their angry, outstretched arms.  Was this the Zombie Apocalypse?  No.  These were the Inauguration Day J20 protesters, who so terrified my wife and my 64-year-old cousin, Patti. 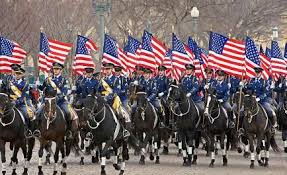 The three of us were walking towards the stands along Pennsylvania Avenue in order to watch my daughter, Jordan, ride her horse, along with the famous Culver Black Horse Troop (100 all black horses) and the Culver Equestriennes (20 lovely young ladies), in review past President Trump and Indiana’s own Vice President Mike Pence in the 2017 Inaugural Parade.  (I rode in President Nixon's Parade in 1971.  George IV rode in W's first parade, and Tom rode in in W's second parade.  A lot of legacy, huh?) 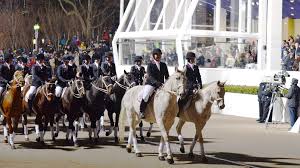 There was a reason why the stands were so empty.  Police barricades were required to keep back the Zombies.  No, that’s unfair to the Zombies.  Even Zombies don’t behave this badly.  One of the protesters, a skinhead, targeted his rage at poor Cisca and Patti, shouting obscenities in their faces for absolutely no reason.  For all he knew, these two grandmothers might have voted for Hillary. 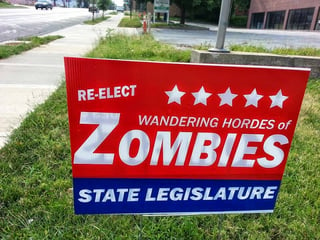 With a daughter scheduled to ride in the parade, we were not to be dissuaded.  We eventually had to walk several miles to circle around the Zombie barriers, but finally we got to the stands.  We learned afterwards that most of the other Culver parents gave up trying to reach the stands.  Later, the press made great hay over the fact that the stands were so empty.  Helloooo? Would you want to be eaten by Zombies?  Plucking off your little toes.  Eating them like French fries.  Ketchup? 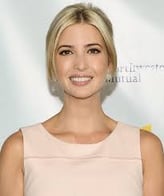 In the stands, we were within 30 feet of the President as he walked down the parade route.  Melania Trump was stunning, of course, but I was most impressed by the lovely Ivanka Trump, wearing a tasteful, but close-fitting, cream dress and very high heels.  When one of her little boys, around four years in age, started acting like a little boy-onster (half boy, half monster), she scooped him up, threw him on her hip, and continued walking and waving without missing a step.  Talk about the modern woman.  Wow. There is a special place in the corner for any little boy-onster who acts up during his grandfather’s big parade.

As the Culver horses rode past the reviewing box, Jordi was on the left side, closest to the President.  One television news network (CNN?) zoomed right in on Jordi, who rocked 20 million Americans with her radiant smile.  I paid a lot of orthodontist bills for that smile, but it was worth it!  If you are ever suffering from insomnia, be sure to ask Cisca to show you pictures, including her 4-second video clip of Jordi dazzling the world.  Very nice, Cisca… zzzz... head bounce... 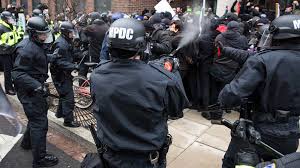 The J20 Zombies are on trial right now for smashing windows, trashing cars, and eating human flesh on Inauguration Day.  According to the legal arguments being advanced by the Federal prosecutor, if you are part of a Zombie horde, and even one Zombie rips off a human arm and begins munching, you are guilty of mayhem, even if you are a vegan Zombie.  Hmmm.  That’s a pretty dangerous argument for the future of free speech and non-violent protests.  I mean, c’mon, how are you going to keep every single Zombie from grabbing a quick snack.  Even I have to admit that my Cisca’s lovely ear lobes are irresistibly delicious.  Oh, my gosh, am I a Zombie? 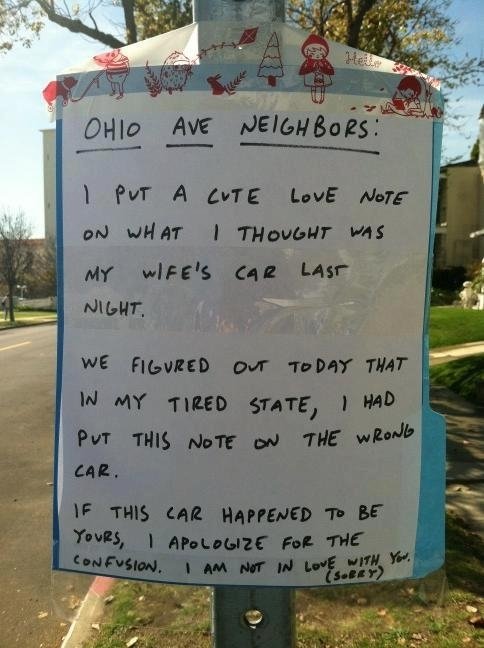 This is Christmas time, and I should be spouting sweet nothings and warm wishes of love… but I simply must say that 2017 was a pretty lousy year for America.  The Zombies and the Nazis can no longer talk to each other.  A Republican friend of mine admitted that he has no more liberal friends.  I was part of an email string that contained a pretty funny, but politically insensitive, joke.  A liberal mortgage broker in the string of 20 brokers objected to the insensitivity of the joke, and my buddy wrote to him, “You are no longer my friend.”  Huh?  That broker had brought business to my lender-friend for 10 years!  What?  That’s it?  In the words of the great Rodney King, that world-renown humanitarian, “Can’t we all just get along?” 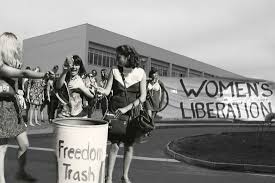 And before any Zombies jump all over my Nazi friend, I must say, in all candor, that many Zombies no longer allow Nazis to even speak.  Apparently believing in free markets and self-help makes all Republicans to be fascists, nationalists, white supremacists, misogynists, or some other form of “ist”.  In the 1960’s, bras were first burned and the Vietnam War was famously protested at the University of California at Berkeley.  Berkeley was the epicenter of free speech… but apparently Ann Coulter, the conservative commentator, is not allowed to speak there.  Apparently she’s a misogynist.  No, that’s not it.  Must be some other form of –ist.  Security concerns?  Hmmm. 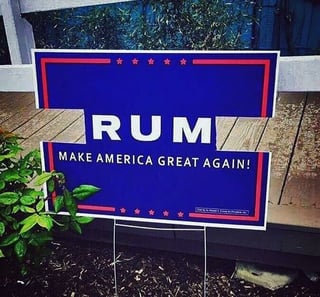 And if you think I am over-blowing this whole speech thingee, just watch any “news” show today.  Apparently both the Zombies and the Nazis have forgotten all about common courtesy.  They constantly interrupt each other while the other is speaking.  Let’s play a game.  Turn on Fox News or CNN and set your timer for one minute.  I’ll bet that the speaker will be interrupted at least three times in a minute.  My dear mother would have smacked me upside the head.  [Smack!]

Okay, so my daughter, Jordi, had graduated from Culver Girls Academy. Culver was incredibly expensive - far more expensive than most colleges. I’m not bragging… okay, I’m bragging… but Jordi won First Team, All State, starting goalie for high school lacrosse in Indiana.  Fortunately for my wallet, she had been recruited to play lacrosse for Earlham College, an hour east of Indy, and she had received an “academic” scholarship.  Phew!  My personal future was now clear.  I had done my duty.  Now it was finally golf time with my 300 buddies at Pretty Lake Golf Club.

But then I got the call.  “Dad, your only granddaughter, Reagan, hardly knows you.  You have to move to Indy.”  So we loaded up the truck and moved to Beverly… er, Indianapolis.  We found a pretty little brick house in a gorgeous subdivision, just two houses away from the prestigious Geist Reservoir.  All I want for Christmas, Santa, is to squeeze my little house between two of those 8,000 square foot “cottages” ($$$) on the lake.

Cisca and I love it here.  Indianapolis has two pro sports teams, Uber, and even food delivery.  Have you tried Uber Eats?  Works great.  We get to babysit Reagan three or four nights per month, and she even has her own bedroom.  I used to chase her up the stairs, pretending to pinch her little bottom.  “Make your run, Reagan.”  And she would squeal in delight.  But then she turned on me.  “Make your run, Gramp,” and she pinched my fat fanny all of the way up the stairs.  Smarty pants.  Actually she is.  She scored in the 99th percentile in math and 98 percentile in reading.

Cisca is thriving here in Indy.  She found a Zumba Gold dancing class, and she is making lots of friends.  Then she got adopted by our homeowner’s association
representative, a warm, charming, and effervescent lady who lives just six houses down the street.  There are close to 1,800 homes in our homeowner’s association!  This wonderful lady actually came to greet us when we moved in, and she has convinced Cisca to volunteer on the home quality committee.  Cisca came home laughing one day.  One of the homeowners had painted, without permission, their gorgeous brick home “Pepto Bismal pink”.  The Gestapo whisked them away in the night, never to be seen again.

George IV is absolutely killing it at work.  He will close $1.4 million in hard money loans this month.  Because I am George III and he is George IV, I get numerous calls for him by accident.  These brokers keep telling me what a great guy he is.  Makes a papa proud.  Sadly George IV recently broke up with his long-time love, but fortunately he has already met someone new.  Both of them are joining us for Christmas too, which makes me do dog-flips.  One big dog pile of love.

Every workday, our second son, Tom (aka “M”, the neglected Middle child), comes over to my house, just nine minutes away, and we work together out of my walk-out basement.  (I have owned Blackburne & Sons now for 37 years.  Our big office with all of the bodies and machines is in Sacramento, California; but Cisca and I were financially blessed and able to move to Indiana to send our children to the fabulous Culver Academies 18 years ago.)  I now get to see my son every day.  Is this a great country or what?  Tom is working very hard these days.  He sounds great selling, and he is finally starting to produce some loans.  The renovation of his starter home is almost done.  Tom and his lovely girlfriend, Alex, take care of Reagan, our granddaughter, exactly half the time - one week on and one week off.  And then there is Bernie, their 70-pound, lovable, goofy, energetic, bouncing, flopping, playful, and absolutely adorable golden retriever puppy. 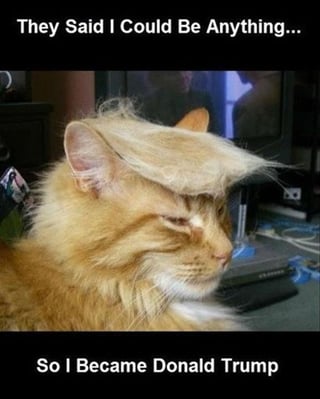 Jordi is enjoying Earlham College, and because I am so close, I get to go to every game.  In soccer she started at center forward, as a freshman, until she severely twisted her ankle.  She still scored a lot of goals, including a last-minute game-winner (4-3) in the final game of the season.  I stood there quietly on the sidelines and barely cracked a smile.  Not!  I went crazy… crazy for loving you.

As for me, I have a heart rhythm problem, where my heart doesn’t beat fast enough to pump out all of the fluids; but I am scheduled for another jump start right after Christmas.  I’ll still probably die at age 95, when Cisca catches me again not putting the dirty dishes in the dishwasher.  [Smack!]

What did I learn this year?  Frighteningly, I got a brief glance of just how easy it would be for this country to turn into a fascist state.  The Zombies played an important role in exposing the danger, but can’t we all just learn to fight a little nicer?  Just sayin’.  Merry Christmas, everyone! 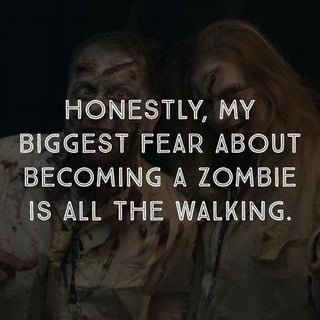