Reports That World War III Has Been Canceled Were Greatly Exaggerated

In late May of 1897, the English correspondent for the New York Journal, Frank Marshall White, contacted Mark Twain in London to inquire about his health.  The editors of the newspaper had sent a cable White on May 28, asking him to get Twain’s response to reports that he was on his deathbed in England.

White relayed this request to Twain.  On May 31, 1897, Twain wrote down his response and sent it to White.  The next day, White wrote an article that quoted from Twain’s letter.  On June 2, 1897, the article was published in the New York Journal.  It said, in part:

"Mark Twain was undecided whether to be more amused or annoyed when a Journal representative informed him today of the report in New York that he was dying in poverty in London... The great humorist, while not perhaps very robust, is in the best of health.  He said:

The Coming War With China:

For weeks I was joyous.  Russia was struggling so badly against Ukraine that it occurred to me that China might become less aggressive.  The economic sanctions against Russia have been brutal, and Russia's massive army is bogged down in a slugging match.

Both Russia and the West are finding that their "vast stores" of artillery shells, rockets, missiles, anti-tank missiles, and anti-aircraft missiles are quickly becoming depleted.  And the war has only been going on for two months!  At this rate, the two sides will soon be reduced to throwing rocks at each other.

But My Hopes Were Dashed With the Sinking of the Moskva:

We all chuckled when Russia's flagship in the Black Sea, the huge missile cruiser Moskva, was hit by two Ukrainian Neptune surface-to-sea missiles.  Yay!  Apparently both missiles struck the Moskva, while it was steaming across the Black Sea at night, more than 50 nautical miles from the coast.

This was good news, right?  Both missiles hit a moving ship many miles away at night.  Hellooo?  Surface-to-sea missiles apparently work very, very well.  At any given time, the U.S. Navy operates two to three aircraft carriers within range of China's DF-26 carrier killer missiles.

Yes, they would.  If rational men were making the decision to invade Taiwan, we would be safe.

But here's the deal.  President Xi of China was supposed to resign at the end of his second five-year term.  His predecessor, Hu Jintao, stepped down exactly on the last day of his second term, and he was widely praised for the smooth transition.

President Xi, however, doesn't want to give up power.  Two years ago, Xi manipulated the Communist Party rules to rescind the prohibition against more than two five-year terms.  Uh-oh.  Can you say Dictator-For-Life over 1.4 billion people? 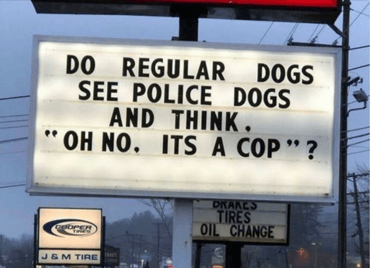 I asked my buddy if he thought Xi would be reelected.  He laughed and suggested that Xi knows how to count.  Xi has made sure that he has enough votes, so when the NPC meets on October 13th to elect its president for the next five years, the issue is fait accompli, which is Latin for "the thing is already done."

Why You Need to Care About Xi's Refusal to Step Down:

Not every leader in China can be thrilled with the country's new Dictator-For-Life.  Xi has made a ton of boneheaded decisions in the past two years.  For example, Xi picked a border fight with India over some mountaintops that are so high that soldiers on both sides get altitude sickness.  There is nothing of value in those stupid mountains!  He also drove the Philippines back into the arms of the U.S. by trying to seize the Spratly Islands.

China's domestically-produced COVID vaccines no longer work.  Instead of asking the U.S. to buy Moderna's or Pfizer's vaccines, Xi has locked tens of millions of people in their apartments in Shanghai and other huge cities, while trying to maintain this crazy zero-COVID policy.

Because the Chinese people never got salted with the COVID virus, and because Sinovac and the other Chinese COVID vaccines have fallen to less than 20% effectiveness (due to the Omnicron variants), there is no way out for China.  Millions of people are going to die in China, while the U.S., Europe, and the rest of the world are past the pandemic.

Someone posted a video on Reddit.com this week of Shanghai's residential apartment towers at night.  Tens of thousands of people were screaming at the top of their lungs to be let out. They were pounding on pots and pans.  It was deafening.  This is going on right now every night in China.  These people have got to be pissed.

Xi has scared so many business owners worldwide with his militarism that company owners are shipping their manufacturing orders to other countries.  Did you know, according to the big investment bank, Piper Jeffries, that China's GDP went negative this quarter? 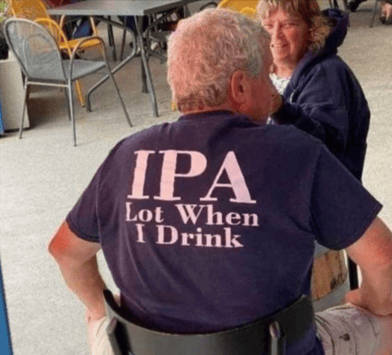 This is the BEST course I have ever taught.

Soon the Riots May Start:

If Xi falls from power, he will not be allowed to just retire to the country.  His power grab has freaked out so many of China's leaders that he will be taken on a long drive and then shot in a ditch.

If the people in China start to riot - imagine the people of Shanghai breaking out of their apartments like screaming, hungry zombies - Xi will have no choice but to distract his people by invading Taiwan.

China may try to sink an American carrier or two (or three) in the opening minutes of the war, and the sinking of the Moskva suggests that China will be successful.

The sinking of the Moskva suggests that the
Chinese will successfully sink our carriers.

When 5,000+ of our young men and women are being torn apart by sharks, you gotta believe that World War III will be "on."

Dang.  The rumors that World War III had been called off were greatly exaggerated.

All humor aside, this country desperately needs workers.
Who will assemble our missiles?