Economics - Be Careful of This Spring Time Trap

Think back to that wonderful musical, "Grease."  On the last day of high school, the kids came running out of Rydell High School and broke into the song, "We'll Always Be Together."  Oh, the pure joy of summer vacation!   Warm days.  Blue skies.  It's hard not to feel euphoric

That's how we all feel right now, being released from quarantine, and it has me worried.  There is a gawd-awful amount of bad news out there, and I fear that investors, in their emotional euphoria, are ignoring it.

Emotions play a huge role in economics.  [Please read that last sentence again.]  During the latter half of the Great Depression and afterwards, the economic disciples of John Maynard Keynes, known as Keynesians, tried to apply mathematical formulas to macroeconomics - the study of the big stuff in the economy, like the rate of growth, the direction of interest rates, and the likely unemployment rate.

Keynesian economic formulas worked pretty well, if not perfectly accurately.  They at least pointed us in the right direction, like the need for fiscal policy to end the Great Depression.  Fiscal policy (think deficit spending) refers to the use of government spending and tax policies to influence economic conditions, especially macroeconomic conditions, including aggregate demand for goods and services, employment, inflation, and economic growth.

President Franklin Delano Roosevelt ("FDR") grasped the importance of emotions in economics.  "The only thing we need to fear... is fear itself." 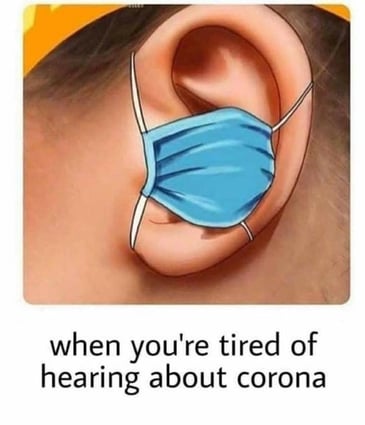 FDR also understood the need to create jobs during the depths of the Great Depression.  His New Deal created such agencies as the Works Progress Administration (WPA) and the Civilian Conservation Corps (CCC), which dispensed emergency and short-term governmental aid, provided temporary jobs, employment on construction projects, and youth work in the national forests.  He also created the Tennessee Valley Authority, which built a number of hydroelectric dams and provided desperately needed power to middle America.

This is pretty funny:  The U.S. Supreme Court eventually struck down the WPA and the CCC as unconstitutional, and when it was poised to strike down the National Recovery Administration, FDR told them, "Listen, Buckos, the country needs this economic help.  If you interfere one more time with the New Deal, I am going to stuff the Supreme Court with five new justices dedicated to making your weak-ass, obstructionist votes irrelevant."  Maybe he used kinder, more gentle words, but the Supreme's got the message.  The Commerce Clause of the U.S. Constitution, and hence the power of the Federal government, was greatly expanded as a result.

Now please don't get lost in this long, boring economic history.  I am leading you to an understanding of the importance of group emotions in economics and why you need to be pretty careful right now with your retirement savings.

The Keynesians ruled the roost among economists for decades, until President Richards Nixon took the U.S. off the gold standard in 1971 and until the first Arab Oil Embargo in 1973.  Suddenly, inflation was everywhere.

Nobel Prize winning economist, Milton Friedman, the patron saint of the Monetarist School of Economics, became the economic star of the hour.  He once famously said, “Inflation is always and everywhere a monetary phenomenon in the sense that it is and can be produced only by a more rapid increase in the quantity of money than in output.” 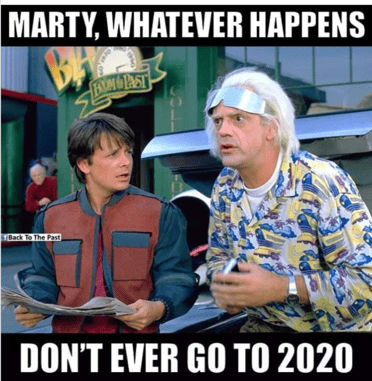 Milton Friedman was also full of poop.  The Fed created... are you ready for it... FOUR FLIPPING TRILLION DOLLARS in new money during the Great Recession, and yet inflation went nowhere.  We could barely keep inflation positive.

Modernly, the Austrian School of Economics is the rising star.  The Austrians scoff at idea of charts and graphs (not really, but please humor me here for the sake of simplicity).  The Austrian School instead advances the proposition that social phenomena, like the confidence of consumers and business owners, is the greatest single influence on economies, and social phenomena results exclusively from the motivations and actions of individuals.  "It's the Little Guys, Stupid."

While snorkeling in Mexico 25 years ago with my two young sons,
a Moray eel lunged at me out of a reef.  I backed out quickly,
and to this day, my boys joke that I abandoned them.  Haha!

Guys, this Practice Course is my finest work.  Get me
10 commercial real estate loan officers working for BANKS,
and I'll give you the course for free (gotta pay shipping).

What happens when the news from China shows that their economy is crumbling?  China was the great new market for companies worldwide.  Today?  Not so much.  We sell lots of products to Brazil, for example.  What happens when Brazil's sale of raw materials to China falls by 60%.  Will they have enough dough to buy our products?

My friends, the forces of deflation are massing on our borders.  Today's current euphoria among investors is the driving force of this latest stock market rally, not earnings!  The news should start appearing, in the next two-and-half weeks, that China got b-slapped by this virus and by the world's reaction to their cover-up.  (I actually think that they did a helluva job with very incomplete information.)

I might be as full of beans as Milton Friedman (the Monetarist guy).  But I think this current stock market rally is being driven by the happy students of Rydell High School.  Be careful out there.  This stock market could fall 45% from here.