Google has reported a growing number of searches on the "Corona Beer Virus."  I'm serious.  It got to the point where the makers of Corona Beer had to make a public statement, "No relationship!"  Hahahaha! 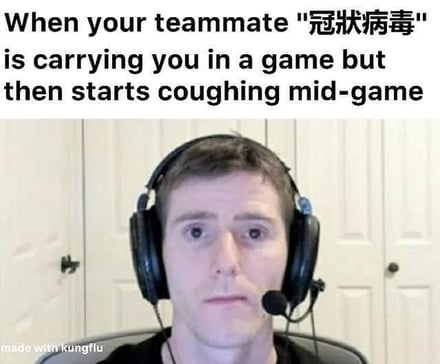 I am actually taking this pandemic very seriously.  Although only about 20% of infected people get seriously sick with pneumonia, the ones who are dying are the men, over the age of 55, with heart issues (like me).  Geesch, I just retired, and now I could die in two months.  So, this weekend, during the Super Bowl, be sure to tell your Dad that you love him.

This is a bona fide pandemic, and the death count among the old and the weak just keeps rising.  I've seen a number of videos this week showing people in Wuhan collapsing and just lying there, either dead or near-death, in the street.

Today I will share what steps I have taken to prepare my family for potentially a year of captivity inside in our home.  Yes, I have lots of funny memes today; but in truth this is no laughing matter. 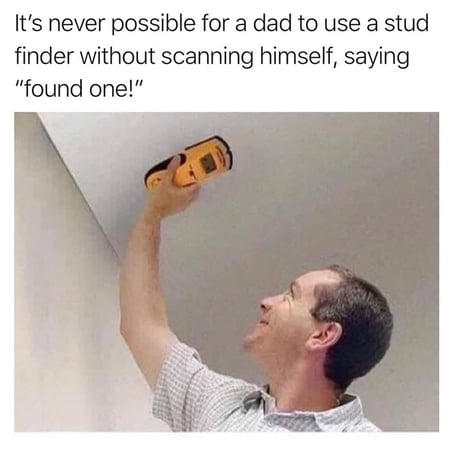 My buddies and I are going to see the movie, 1917, this weekend.  I couldn't imagine going "over the top" during World War I into the face of machine guns.  What a horrific waste!  In 1916, at the Battle of the Somme, the cream of England went over the top and ran towards the German machine guns.  The week-long artillery barrage was supposed to have taken out the enemy machine gun nests and trenches, but in many cases, it didn't even take out the barbed wire.  The British suffered 60,000 casualties (approximately the same number of people who will be attending the Super Bowl) in the very first day of the attack.

The reason I mention this is because the Spanish Flu killed more people in 1918 than had been killed on both sides in four long years of the war.  Fifty million people people were killed by the Spanish Flu worldwide between 1918 and 1920.  So yes, this coronavirus is potentially serious stuff.

But what can you do? 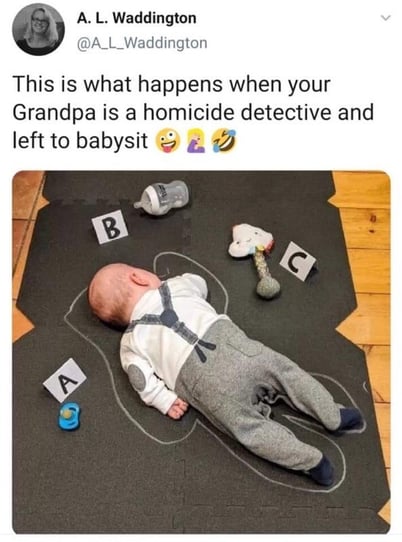 By now I am sure you have seen the video, recorded by a nurse in Wuhan, detailing how last week they already had 90,000 people stricken with the coronavirus.  Last week, a different nurse, in a heart-wrenching video, suggested there were 100,000 sick.

And this was six days ago.  With the virus spreading almost exponentially, Heaven only knows how many people in China are truly sick.  Clearly the Chinese are grossly understating the number of sick people.  If you think that this disease can still be contained, you've been smoking too much of that Colorado oregano.  The genie is not just out of the bottle, he is flying to every country on earth.  You literally have just four to six days to prepare.

But what on earth can you do?  My advice is next. 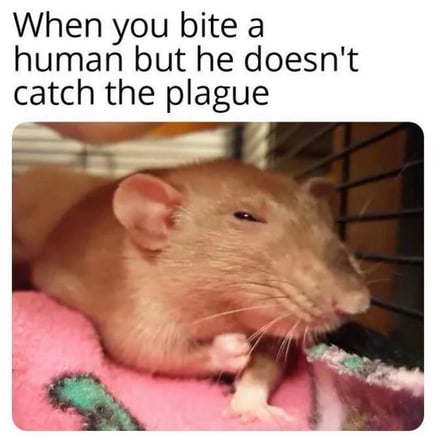 The first thing you need to do is to go out and buy a ton of food.  Food-food-food.  Hong Kong announced today that their scientists had developed a possible vaccine; but they warned that it will not be available for over a year.  Not only do they have to do about ten months of testing and clinical trials, but it will take many months after that to produce the vaccine in any serious quantity.

You may therefore need enough food for you and your family to last for at least a year.  Wuhan residents reported yesterday that the city is running out of food.  In the 2011 movie, Contagion, there were food riots.  Of course there were riots.  If your children are hungry, a parent will do anything.  You do NOT want to be out and about, looking for food, when other similarly-desperate people are on the prowl.

The second thing you will need is face masks.  It is important to understand that normal surgical disposable masks face will NOT protect you against airborne viral particles.  The viral particles are too small, compared to the gaps in the cloth of the mask.  Also, these surgical masks fit poorly, and virus particles simply enter through the gaps around the nose. 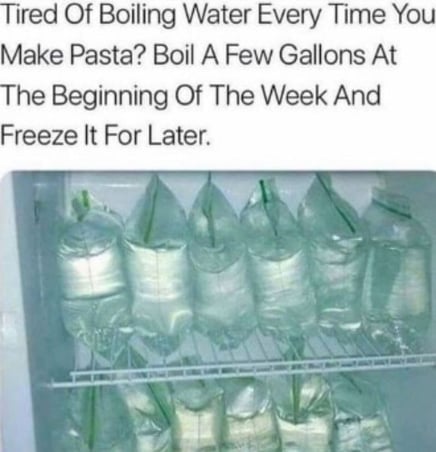 So why are two-hundred million Chinese wearing surgical face masks?  Surgical masks prevent you from touching a contaminated surface and then touching your mouth.  Did you know that humans touch their mouth or face three to five times per minute?  Therefore if you can miraculously find any surgical face masks still on some store shelf, you should buy as many as you can.  They're cheap, and I think you're only supposed to use them one time.  If their primary purpose is to keep you from touching your mouth, however, they should still provide important value after twenty uses.

The next thing you need is weapons.  In the movie, Contagion, there is a scene where the hero, Matt Damon, hears gun shots coming from the house next door.  It is a particularly disturbing scene because all you see are gun flashes coming out of a dark house.  Everything is left to your imagination.  Then you see four guys in ski masks running out of the house with goods in their arms.  Sooo disturbing. 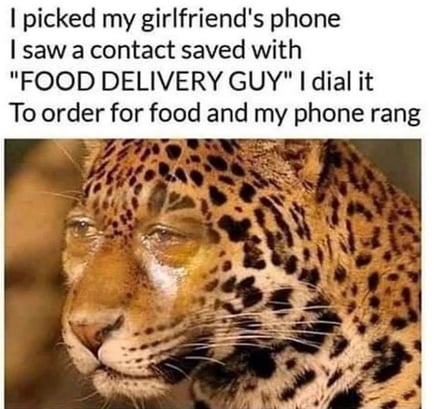 Indiana is a pro-gun state, and we have some of the easiest carry permit laws in the country.  My wife and daughter recently applied for a carry permit, and the permit was granted in less than ten days.  (I was shocked.  Mine took almost a month last year.)  Then I took my wife to the gun shop, filled out a pistol purchase application, and it was approved online in just three minutes.  No waiting.  No cooling off period.  We walked out with an 8-round, 9mm, Smith & Wesson automatic with a grip safety.  In other words, it has no safety switch.  Merely grasping the gun in the normal way depresses a lever in handle and makes the gun capable of firing.  Like I said, that gun flashes scene in Contagion was very disturbing.

Did I mention that you will need lots and lots of food?

Here are some additional items to consider:  Toilet paper!  If the stores are sold out, looted, or boarded up, where are you going to go for toilet paper?  Flashlights, batteries, and candles.  It's not impossible that the power might go out at some point.  Surgical gloves and hand sanitizer.  You will want to sanitize your hands every time you go out. 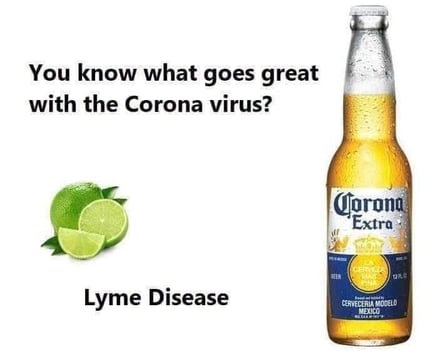 The hospitals in Wuhan are so overwhelmed with patients that officials are now telling most people to stay home and fight the fever with aspirin and ibuprofen.  (Don't a lot of kids with a fever die if given aspirin?)  You therefore may probably want to stock up on some ibuprofen and aspirin.

Gasoline!  You will need gasoline to get your VERY sick family member to the hospital.  In Wuhan, the gas stations all closed down early in the crisis, and many of its citizens lacked the fuel to rush their loved ones to the hospital.  Therefore, you should keep your cars topped off with gas.

If you look at any of the videos coming out of Wuhan, you will notice that all of the nurses and doctors are wearing some sort of eye protection.  In one video smuggled out of Wuhan, a young man mentioned that the disease can enter the body through the mucus membranes of the eye.   I have no idea if this is true, but I purchased some cheap painter's goggles from Lowe's yesterday. 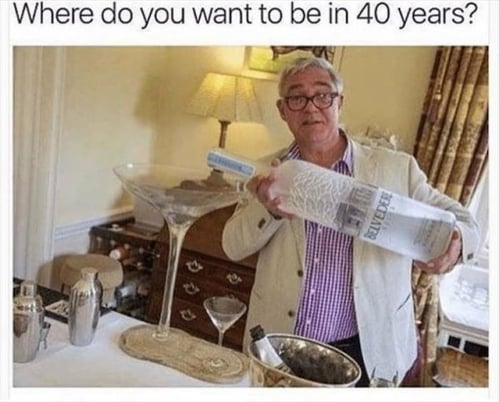 Dog and cat food!  You don't want to eat Fido and Miss Fuzz Buckets because you are running out of food, and they are eating your declining supplies.

I fear that a global pandemic is inevitable.  I suspect that it will be nowhere near as bad as the Spanish Flu; but we could still lose a few million people worldwide.  More importantly, however, your life is almost certainly going to be interrupted.  There may be a shortage of food.  Stores and gas stations may close.  Hopefully the power and water stay turned on.  (Yikes, what do you do with all of the poop if the water stays off?)

I urge you not to wait until the last minute to do your emergency shopping.  Even if you start today, many of you will be unable to find face masks.  And the food stores may be cleared out in an afternoon once the panic starts.  The Chinese stock markets have been closed for several days already, and the U.S. stock market is down 400 points right now.  The country is waking up to the risk that we are going to lose some old people, and life for the rest of you is going to become quite inconvenient. 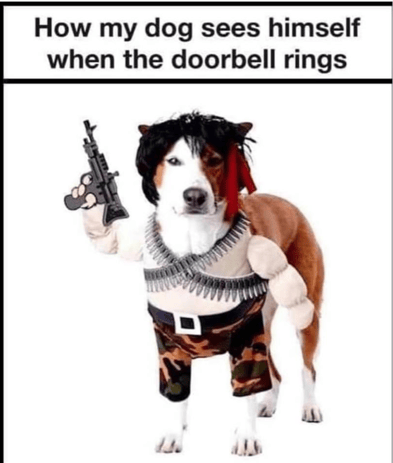