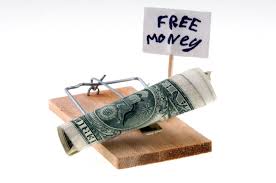 I recently received a $300,000 commercial loan application that read as follows:

Ha-ha!  This is a con.  This commercial loan request reminds of the old joke, "What do a tornado and a redneck divorce have in common?  Answer:  Somebody is gonna lose a trailer."  Or in the above case, somebody is gonna get conned out of $300,000.

Folks, I have been in commercial real estate finance now for 34 years, and I have never known a single borrower to ever successfully obtain commercial real estate financing using exotic instruments.  By exotic instruments, I mean certificates of deposit, foreign letters of credit, insurance bond certificates, indemnity bonds, or any deals involving foreign banks, offshore funds, or merchant bankers from anywhere.

Show me a "foreign commercial lender" allegedly using "exotic instruments", and I'll show you a commercial loan confidence game in process.  Somebody is gonna lose a big advance fee.

The elderly priest, speaking to the younger priest, said, "It was a good idea to replace the first four pews with plush bucket theater seats. It worked like a charm. The front of the church always fills first now."

The young priest nodded, and the old priest continued, "And you told me adding a little more beat to the music would bring young people back to church, so I supported you when you brought in that rock'n'roll gospel choir. Now our services are consistently packed to the balcony."

"Thank you, Father," answered the young priest. "I am pleased that you are open to the new ideas of youth."  "All of these ideas have been well and good," said the elderly priest, "but I'm afraid you've gone too far with the drive-thru confessional."  "But, Father," protested the young priest, "my confessions and the donations have nearly doubled since I began that!"

"Yes," replied the elderly priest, "and I appreciate that.  But the flashing neon sign, 'Toot 'n Tell or Go to Hell' cannot stay on the church roof."

Another popular commercial loan "trick" is the owner's-estimate-of-value "trick".  Suppose you're a bona fide hard money commercial lender.  You really do close a few commercial loans every year.

Well, heck, since virtually every commercial loan borrower is a big liar when it comes to the value of his property, and since the property will almost never appraise for enough money, you could pocket $100,000 to $200,000 commitment fees, one right after another.  What a racket!  You might have to fund 5% of the deals that you approve, but you could easily fund them using all of the huge, up-front commitment fees that you have pocketed.

But wait, this clever practice gets better.  In order to soothe any suspicious borrowers, you could add a provision allowing the borrower to get his own MAI appraisal if he wanted to challenge your own appraiser's valuation.  The problem for the borrower, however, is that your appraiser was instructed by you NOT to intentionally low-ball his valuation.  Therefore if your appraisal came in at $7 million, the property probably is worth no more than $7 million, not the $20 million initially "estimated" by the borrower.

The vast majority of all commercial loan borrowers, under this fact pattern, will not shell out another $6,000 for a new MAI appraisal to challenge your own fair and legitimate appraisal.  The borrower puffed up the value of his property, and he knows it.

Letters of complaint might be written to dozens of different state attorney generals, but the complaints would go nowhere.  You really do close commercial loans.  The only reason the complaining borrower's commercial loan didn't fund was because the borrower lied about the value of his property.  The loan commitment letter spelled out the terms of the deal in plain English.  (Note to self:  Carefully read contracts before signing them!) 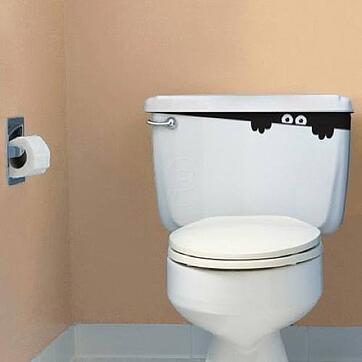 Let's say, for the sake of argument, that Quick Sale Value ("QSV") is around 60% of Fair Market Value ("FMV").  Let's also say that the FMV of an imaginary property is $10 million.  If the commitment letter reads that the commercial lender will lend up to just 60% of QSV, then the lender is only agreeing to finance 60% of 60% of Fair Market Value.  In other words, the commercial lender is only commiting to lend $3.6 million or 36% loan-to-value ("LTV").

In real life, most experienced investors, commercial brokers, and commercial mortgage bankers would agree that a commitment to lend just 36% LTV on an improved piece of commercial real estate would not be of much use to most borrowers.  And yet these clever lenders are regularly charging desperate, necessitous borrowers $100,000 to $200,000 commitment fees for these rush-rush commitment letters.

Isn't this a form of fraud?  Unfortunately not.  These clever lenders have repeatedly won in court.  After all, everything is spelled out in plain English in their commitment letters, and these lenders really do fund deals.    One year one of these clever lenders boasted of funding $100 million in commercial loans.  That's a very large and impressive number for a commercial hard money lender.

But what irks me is that this business plan is largely based on the reality that most commercial borrowers are big liars about the value of their property.  These clever lenders simply take advantage of that overwhelming tendency of commercial borrowers to grossly exaggerate the value of their property to retain unconscionably large commitment fees.

Did you find today's article illuminating?  If so, how about giving your old pal, George, some Facebook Likes, some Linked-In follow-you's, some Twitter re-Tweets (am I saying that right?), and some Google-Plus plus-ones?  They mean a lot to me.  Thank you.

You should also buy my wonderful course on the Practice of Commercial Mortgage Brokerage, which has 65+ audio lessons similar to this one.

Every day I have a C-Loans executive call at least five banks and solicit these bankers to join C-Loans.com.    Most of these bankers are scarety-cats (innovation is sinful), and they say no.  So we add them to a list of 2,000+ commercial real estate lenders that we sell for $39.95.  But why pay money when you can get this wonderful list for free?

The other day a mortgage broker just like you used C-Loans.com to place an $18.5 million commercial construction loan on a mixed-use project in Wisconsin.  His loan brokerage commission was $92,500.

My job in life is to solicit commercial mortgage loans and to play golf (not necessarily in that order).  After 34 years of soliciting commercial loans, I've gotten pretty good at it.  Whenever Blackburne & Sons or C-Loans.com needs commercial loans, I turn on the spigot.  Deals then flow in.

We once paid a guy a $21,250 referral fee to a guy, and he was asleep when he referred the commercial loan to us.  How is that even possible?

Are you telling me that every bank this year has been willing to loan your commercial mortgage borrower 100% of what he requested?  You never found yourself $100,000 to $1 million short?

When most mortgage brokers think about getting cheated out of their commission, they think of deals which closed and where they received a full or partial commision-dectomy.  But what about the borrowers who worked you for weeks and then cancelled altogther?  There is no right of recission on a commercial loan.

I have collected many hundreds of thousands of dollars over the years from cancelling or fraudulent commercial borrowers.  I don't even go to the arbitrations myself (think of a fairly casual, seated, Small Claims Court action in some attorney's conference room).  I just send one of my corporate officers.

You wouldn't hire an attorney either.  You would just show up and tell your story.  Who cares if you win or lose.  My agreement precludes the award of attorneys fees, and most cases (70%) settle before trial.  After your first case or two, you'll win 90% of your future cases.  Over a 25-year career in commercial mortgage brokerage, I'm talking about an extra half-million to $1 million in your pocket.  For real.  No BS.  No one gets screwed in business more than the typical commercial mortgage broker.  It's why I went back to law school at age 32.