Difference Between a Commercial Mortgage Loan and a Deed of Trust 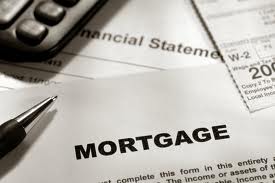 Many of the states East of the Mississippi are mortgage states; i.e., a commercial lender has to foreclose his commercial mortgage loan using the very slow courts.  If only there was a way to bypass the slow-pokey court system ...

What's the difference between trust deed and a deed of trust?  Nothing.  They're identical.

Think of the trustee like a stakeholder.  Suppose my son, Tom, and I wanted to bet $50 over who was going to win the NBA championship.  Let's suppose that neither of us trusted the other.  We could give the money to Mickey, a mutual friend, to hold until the NBA Championship was over.  We would each give Mickey instructions, "Here is $50 from each of us.  Please give the winner the entire $100."  (And then I would fire Mickey when he fails to give me the $100, even though I lost.  No wonder my son doesn't trust me!)

Please note that the trustee is NOT some court, although he is often either an attorney or a title company.  He's just a private guy or a private company, not some slow-pokey governmental official.

The trustee holds bare legal title for the benefit of the beneficiary (lender) until the debt is repaid.  If the borrower fails to make his payments, the beneficiary notifies the trustee, who then schedules a PRIVATE foreclosure sale (Trustee's Sale) about four months later.  I screamed the word "private" because there is no slow-pokey court or government official involved.  Without any involvement of the courts, the trustee can conduct a trustee's sale, and, if no one bids at the sale, issue a Trustee's Deed in favor of the beneficiary.