Most of Today's Empty Commercial Buildings Will Never Find Tenants

My son came to me recently and showed me a loan request for just $300,000 on a building that once cost $4 million to construct.  The building was a vacant 100,000 office building in the old downtown 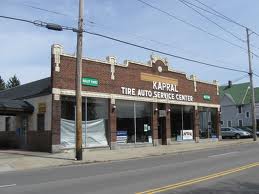 area of a Rust Belt city, and it was actually in reasonable shape.  How could you go wrong risking $300,000 loan on a building that would cost $4 million to replace?  The answer will trouble you:

"Son, I hope I'm wrong," I told him, "But I greatly fear that the economy will enter the second down-leg of this economic slump before Christmas.  By March of next year, they will no longer be calling this slump the Great Recession, but rather the Second Great Depression."

"George, you're a whacko.  Commodity prices are soaring.  We're on the verge of hyperinflation."

Commodity prices have peaked, and hyperinflation is impossible when the banks take in more in loan payments than they make in new loans.  Forget about inflation.  Seriously.  Unless you're younger than 25 years old, inflation will never again threaten your wealth (or bail you out of oppressive debt).

Folks, the Fed will probably have to create another $10 trillion in new money over the next five years in order to prevent a deflationary collapse of the economy, and it STILL won't create more than a trivial amount of inflation.

Okay, back to our discussion of commercial real estate.  Look around at all of the older commercial buildings in your town.  Most of those that are currently vacant will never have tenants again.  These buildings arguably now a negative value because it costs money to secure and maintain them.

When the double dip hits, owners are likely to give up trying to heat these buildings in the winter.  The pipes will eventually burst, mold will grow, the roofs will leak, more mold will grow, and then vandals will loot them.

As disturbing as this sounds, most of the older, empty commercial buildings in your town will never have tenants again.