Four months ago I accepted an invitation from Leonard Rosen to be a panelist at his hard money lender seminar in Las Vegas. Folks, I was immensely impressed. Leonard Rosen is a warm, generous man; and more importantly, his Become a Hard Money Lender training course is the real deal. If y 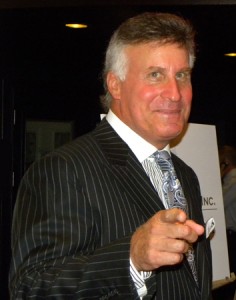 ou have ever dreamed of becoming a hard money lender yourself, you simply must attend.

payments.  The best way to understand how a silent second mortgage can be used is to see an example.

My hard money commercial mortgage company, Blackburne & Sons, was recently asked to refinance a balloon payment on a nice apartment building.  The problem was not the loan-to-value ratio.  That was fine.

We solved the problem using a silent second mortgage.  We convinced the private lender whose loan had ballooned to accept a partial payoff.  He was paid everything that he was owed, except for $75,000.

We had the original private lender then carry back his remaining $75,000 in the form of a second mortgage.  The loan carried an interest rate of ten percent, but there were no payments on this second mortgage!  The second mortgage had a term of three years, at which time the $75,000 in principal and the accrued interest would be due.

Volia!  Because our loan was $75,000 smaller, it now cash-flowed perfectly.  The private lender got most of his dough now, without the need to foreclose.  The 401(k) plan could now handle the monthly payments to Blackburne & Sons without the need of monthly, illegal contributions.  This was a nice win-win-win.