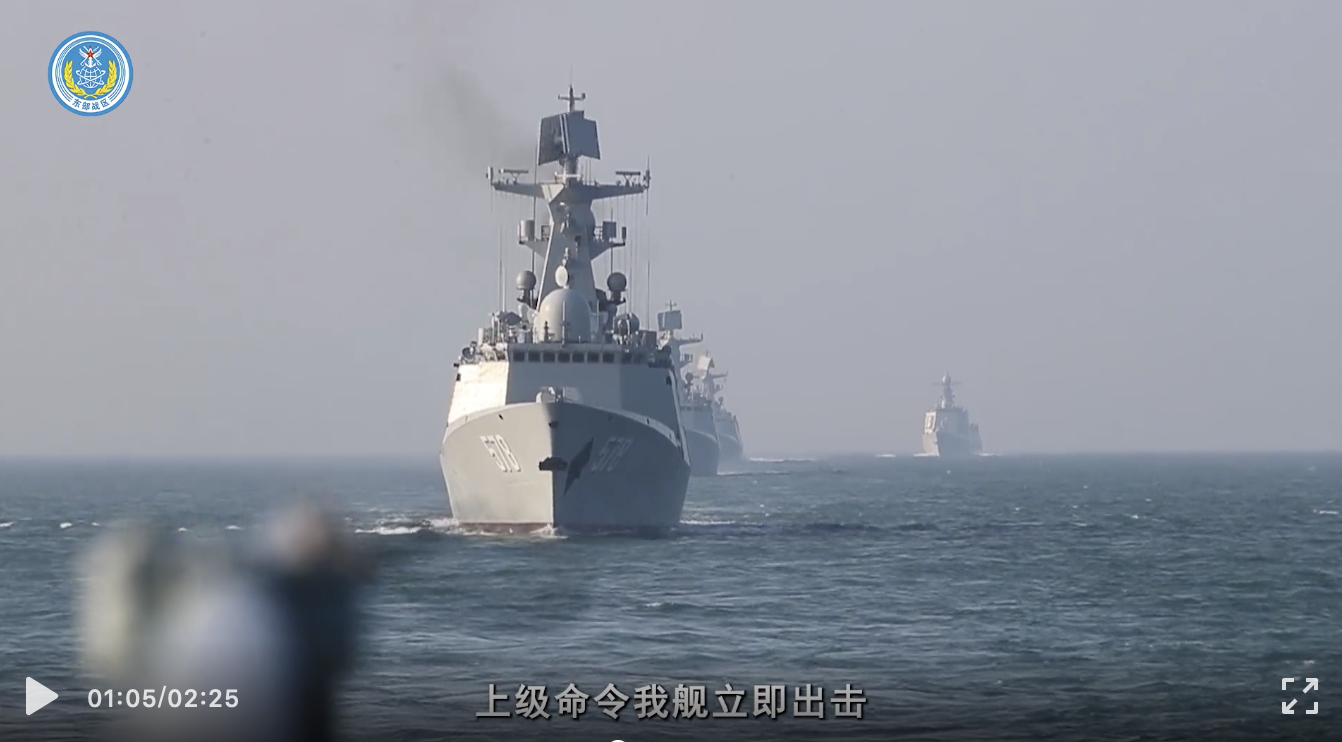 The above image links to an impressive video, prepared by the People's Liberation Army and designed to scare the poop out of Americans.  It sure worked on me.  I am genuinely scared.

I went to dinner with some friends last weekend, and they said that World War III - even a conventional war against China with no nukes - was absolutely impossible.  Really?  War with Russia used to be impossible too. 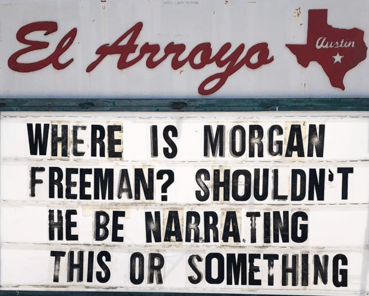 Hmmm.  What if we had spent that money on wooden shields and stone-tipped javelins, while our enemy spent its gold on matchlock muskets, steel armor, steel swords, and cavalry horses?  The Spanish conquistador, Francisco Pizarro, conquered all of Peru and the Inca Empire with just 180 armored men and a handful of horses.  His enemy numbered in the thousands.  How?  Better technology.

There was only one large naval engagement in World War I, the Battle of Jutland.  The German Navy was much smaller than that of Britain, but it was extremely well-trained.  The German Navy finally sortied out to challenge Britain's dominance of the seas. 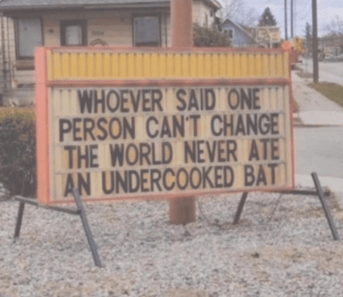 The Battle of Jutland started out well for the Germans.  Britain's navy was scattered across the North Sea, while that of Germany was concentrated at the tip of the spear.  Four lightly-armored but fast British cruisers attacked the Germans, and three of them were promptly sunk.  By the end of the day, six thousand British sailors were dead.  Think about that, six-thousand young men.

The problem?  The German dreadnoughts (battleships) were heavily armored, and the British gunners couldn't hit the broad side of a barn.  The British sailors had been taught to lay alongside the enemy and slug it out.  The Germans sat back, with longer-ranged guns and highly trained gunners, and blew the British cruisers out of the water.

But eventually Britain's own dreadnoughts, with even longer guns than those of the Germans, arrived and pounded the Germans from afar.  Even though only about one out of every fifteen British shells landed, the shells were so large and damaging that the Germans were finally driven off, with German losses of about 2,000 sailors. 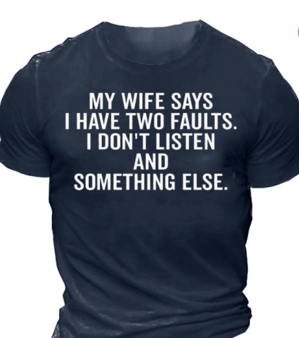 The money in this business is in
loan servicing fees.

Advantage to the largest dreadnoughts.

So as World War II approached, the U.S. Navy built a dozen huge battleships.  After all, battleships ruled the seas, right?

Then the Japanese carrier air fleet destroyed our battleship fleet at Pearl Harbor.  All of that money spent on battleships was wasted.

I don't think a single U.S. battleship ever fired a round in anger at a Japanese aircraft carrier during all of World War II.  They couldn't get close enough.  Battleships were of little use.  They were obsolete. 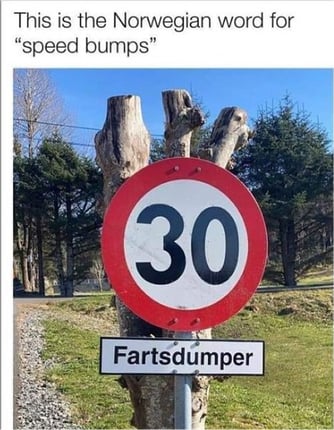 Okay, so after World War II, the U.S. Navy began building an immense fleet of aircraft carriers.  Oops.  Our carrier jets can only fly out around 450 miles before they have to head back to their carriers.  Chinese missiles can sink a carrier from 1,000 miles away.  Our carriers can't get close enough.

Mark Twain once said, “History doesn’t repeat itself, but it often rhymes”  The war over Taiwan, which historians may mark as the start of World War III, is likely to start as a sneak attack, with Chinese hypersonic missiles destroying our carriers and our air bases on Guam in the opening moments of the war - Pearl Harbor Part II.

Finally We Reach the Point of This Article:

It is going to be very expensive for the U.S. to rebuild its Pacific Fleet.  We won't just lose aircraft carriers.  We will also lose cruisers (think of Russia's Moskva) and other support ships. 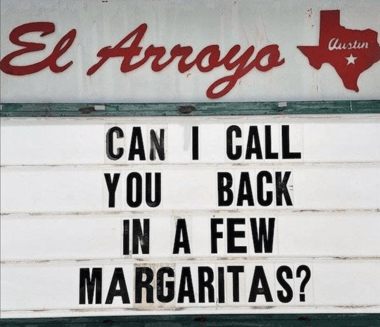 The rebuilding of the Pacific Fleet will be a source of massive hyperinflation in the future.  (If you are a savvy, far-sighted investor, be sure to read that last sentence again.)  With our Pacific Fleet humiliated by a larger Chinese Navy, confidence in the dollar will plummet.  Who wants to own dollars when Hawaii is next on China's hit list?

After Hawaii, California could even be next.  Think this impossible?  Ludicrous?  Imagine a Chinese fleet off the coast of California, firing missiles with pinpoint accuracy at our shipyards, our missile manufacturing plants, and our computer chip plants.  Occupying California would be easy.  The Chinese could easily field a land army of 5 million men. 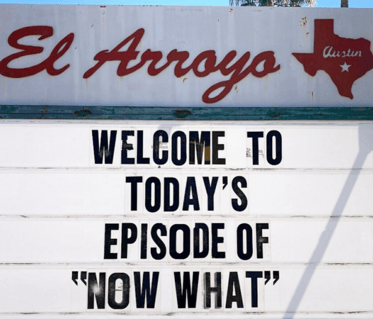 So when they announce remote Des Moines, Iowa as the site of one of these new computer chip plants, be sure to spot it as evidence that World War III is not quite as impossible as you currently think.

If the war goes badly - for example, if missiles from a Chinese sub in the Gulf of Mexico take out the launch facilities of SpaceX - any chance of America counter-attacking becomes futile.  We must keep the Chinese fleet at least 2,000 miles from the coast of California.

Let me say again:  The cost for America to rebuild its Pacific Fleet will be staggering, and inflation will soar.  What foreign country will want to sell us their precious raw materials for our potentially useless paper dollars?  We will surely need to print a whole lot of them. 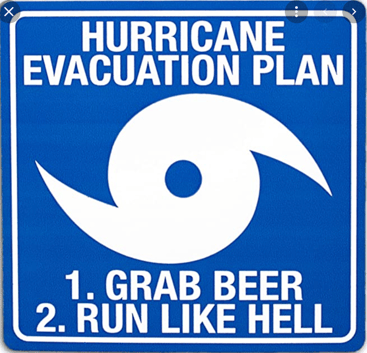 "History does not always happen to the other guy."

What makes you think that you can escape a devastating world war in your own lifetime? Both combatants - China and the U.S. - have tacitly agreed to use only conventional weapons.  A third world war is not only conceivable, but it could happen as early as this month, if China shoots down Nancy Pelosi's plane.

Think the U.S. will beat China in this war.  Take a look at this display of China's  military power.  Terrifying, huh?   Our Pacific Fleet is going to get mauled.  We have aircraft carriers with short-ranged jets, while they have mobile missiles on trucks that can pull off any road and fire DF-17 carrier-killer hypersonic missiles in minutes.

You'll know that war is imminent when the price of gold begins to soar.  Gold just hit a one-month high.  Makes sense.  Pelosi flies to Taiwan in the next two weeks. 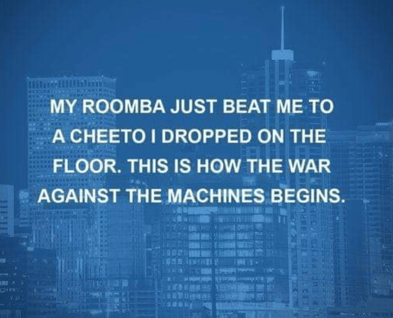 Picture this.  The Chinese scramble jets to surround and threaten Pelosi's jet.  American jets, protecting Pelosi, tell the Chinese to, "Back off, Bucko."  Some Chinese pilot, who just had a fight with his girlfriend, tells the Americans to, "Sod off."  Macho pilots start to showing off their flying skills, one gets too close, guns chatter, missiles fly... and then far larger missiles fly.

Impossible?  When I went to look up the price of gold for this article, somehow I just knew that that price of gold would be up.  Not every American investor is an idiot.